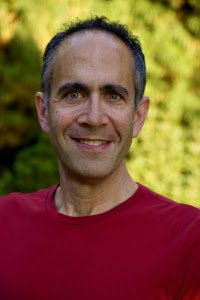 Chris Gibson, the CEO and co-founder of Recursion Pharmaceuticals, may have captured the essence of the difference in mindset between tech VCs and life science VCs, writing in a superb recent article (a response to my previous TR post):

“The most consistent thread that differentiates tech and life science VCs is their willingness to project new data onto an industry and imagine resultant changes happening quickly.”

The operative word there is “quickly.” More on that in a minute.

In my summary of the 2018 JP Morgan healthcare conference I wrote:

“This feels like an unbelievable, almost magical time in biopharma – a colleague described it (in a good way) as science fiction coming to life. Biological technologies, approaches, and ambitions that might have been dismissed as fantasies only a few years ago now are part of the fabric of the industry.”

Century Therapeutics is just one example of a startup embracing several new technologies at once, with an eye toward creating new cell therapies. Century’s chief strategy officer Janelle Anderson discussed the confluence of factors on The Long Run podcast. 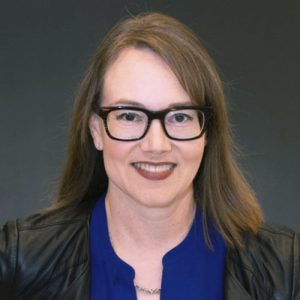 I reflected on the bold approach below:

“What’s apparent from Anderson’s description of Century, and from the work of other companies in the cell therapy space, is how incredibly audacious – and routinely audacious — biological engineering has become. Even the first-generation CAR-T approaches are astonishing, in that they introduce a genetically engineered fragment into a patient’s own cells – arguably an example of gene therapy, or at least a gene therapy-style technique. Then consider the approaches that Anderson describes – such as precise gene editing using CRISPR or similar techniques, as well as the use iPSCs; and it’s not just Century — aspects of these approaches are typical features of many company proposals my team and I evaluate. Any one of these elements would have been considered beyond fanciful back when I was training, or perhaps at best the sort of zany thing a radical biotech might contemplate. Today, these are the techniques and therapeutic approaches that most large pharmas are pursuing — aggressively.“

In short, life science VCs have no trouble envisioning truly transformational biological technologies. They routinely invest in companies they hope will radically improve the way disease is treated.

But of course, this isn’t what Gibson is saying.  He’s arguing that the revolutionary changes in computation that have radically changed so many other industries are about to radically change the ways drugs are discovered and developed. Recursion, specifically, is wagering on the usefulness of artificial intelligence to navigate some of the classic stumbling blocks in drug discovery. Given the enthusiasm so many life science VCs have for the types of advances listed above, Gibson wonders why so many life science VCs insist on remaining willfully oblivious to the coming AI wave.

At one level, I share much of Gibson’s long-term techno-optimism. New technologies have always driven the way science is done, providing powerful new approaches to investigating and better understanding nature, and revealing important new questions.   (See my recent discussion of the life cycle of technology revolutions here.)

But what sits less comfortably is the idea that VCs and their AI-wielding engineers have showed up to biopharma like the pros from Dover, expecting to “quickly” (to use Gibson’s word) transform drug discovery, then, presumably, move on to the next benighted industry.  (To be sure not to shoot the messenger here, let me emphasize Gibson has always impressed me as approaching his own work at Recursion with exceptional humility, and has consistently embraced a deliberate and long-term vision – listen to his interview this summer with Lisa Suennen and me on our Tech Tonics podcast, for example.)

The problem with thinking computation is poised to quickly change drug discovery and development rests partly in your definition of quickly. Does that mean next week, six months from now, or 5 years from now?  (My guess: much longer.)

There’s also the nagging question of where to begin on a problem as knotty as drug discovery. Many life science veterans would suggest that tech startups are focusing on relatively small aspects of relatively large and often quite wicked (as described by Hogarth, and later Epstein) problems. The engineers, while well-intentioned, often seem to lack a basic humility about the complexity of biology, the messiness of disease, and the extent to which complex human issues of health and illness often resist reduction to convenient bits and bytes.

Healthcare veterans, like many in biopharma, also feel like they’ve endured the promises of disruption from confident software entrepreneurs who are coming off of incredible successes in other domains, and, wanting to do good as well as do well, have decided to take their talents to healthcare.

As former Facebook executive and newly-minted VC Chamath Palihapitiya explained in 2013: “Every interaction in every area related to health is just so sh*tty.  The software is crap, the services are crap, the people are crap. So there is a lot of value that people like us [i.e. engineers] can add because you have a very different perspective on how the system should work.”

Unfortunately, while Palihapitiya is no longer a VC, healthcare has continued to persist pretty much unchanged, largely impervious to the disruptive efforts of Palihapitya and others.

Bob Kocher, a physician and VC at Venrock, puts it like this: 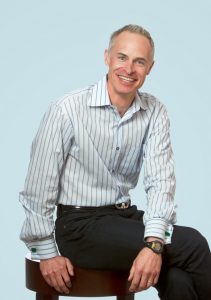 “Many entrepreneurs and non-healthcare investors look at healthcare and see a $3.3T sector growing faster than the rest of the economy using fax machines for communication, legacy software, and lots of expensive labor and can’t imagine that it cannot be disrupted quickly.  The thing they often fail to understand is that the economic incentives in healthcare may not reward the disruption or disruptor and that the bar for quality and reliability is super high since people’s lives are risk.”

Even so, and despite (and in a sense, because) of the many complexities associated with both drug discovery and with healthcare, I believe there’s a tremendous opportunity for emerging technologies to deliver profound impact.  Perhaps if some of these novel tech-driven approaches were introduced with a tad less triumphalism (the tidy manifestos, the “software is eating the world and now it’s time to eat healthcare” proclamations, the “prepare to welcome your new tech overlords” sensibility permeating so many of these endeavors) and a greater sense of authentic inquisitive engagement, it would be so much more constructive, and more effective.

I’m not sure the way technology changes everything is by arriving and saying “it’s time to change everything.”

An enduring challenge – as I’ve discussed here and elsewhere – involves implementation, figuring out how to thoughtfully leverage technology (like improved computation) to make things better, and really improve productivity.

Consider the classic example of the factory, described by Brynjolfsson and McAfee in The Second Machine Age (an example originally described by Stanford Professor Paul David in his 1989 paper, “Computer and Dynamo,” and expanded in a useful 1990 discussion, here).

In the days before electricity, a steam engine-driven plant was built around the main (and only) power source, exploiting all three dimensions given the need for all equipment to run off of this.  With the arrival of electricity, Brynjolfsson and McAfee explain, it replaced the steam engine, but the architecture of the factory initially changed very little.  Thus, in one sense, the factory had been “modernized” by electricity, but had actually realized very little gain in productivity as a result of upgrading from steam power.

What really changed things, it turned out, was when, over time, innovators figured out a radical new layout for the factory — the one we know today — where the equipment is spread out along a single floor, and each machine is individually powered, facilitating what Brynjolfsson and McAfee call “the natural workflow of materials.”  The impact of these so-called “complementary innovations” resulted in huge gains in productivity, which doubled or even tripled as a result.

In a similar vein, perhaps, the arrival of cloud computing was hardly noticed, much less embraced, by healthcare and biopharma.  Yet consider the journey of one of the most successful and least widely appreciated tech companies that has made a fortune in biopharma: Veeva, a cloud software company founded in 2007.  It sports a market valuation of over $20 billion today.

Veeva was created by former Salesforce engineers who approached biopharma companies with a relatively modest proposition: improve the efficiency of your sales team.  The idea was that  (a) the cloud platform would be especially helpful, given the geographic dispersion of sales reps; (b) the users, and designers, would benefit from almost instant feedback – salespeople can feel and can quantify the impact of improved information right away, and can help further improve the technology.  (In contrast, even if you improved the way drugs are discovered, it could take years to demonstrate this impact, and it could be challenging to attribute this directly to one factor or another. This is a key part of the rub when “quickly” trying to evaluate a new technology like AI for drug discovery.)

Over time, Veeva has moved from sales into additional corporate functions, now offering a vast array of core services to many top tier pharmas, while managing to stay largely under the media radar.

To me, this stepwise problem-solving model seems more relevant than the “this changes everything instantly” mindset.  Veeva’s approach is more similar to the way many transformative technologies actually find their way onto the scene. Success, in this case, was not born from some notion of Veeva as a self-declared disruptor of industry. Rather, it was an innovative young company initially offering something specific and useful, and then expanding opportunistically.

Google, readers will recall, started off as simply an improved approach to search.  It didn’t start with much of a business model – certainly without the cost-per-click advertising model that has driven the company since. While Google has disrupted many industries, such as newspapers, this was hardly the original intention, which was simply to improve the way search is done.

Biopharma and healthcare are positively replete with opportunities to do a great many things much, much better. Emerging technologies should be able to help. Ultimately, I suspect these technologies will come to permeate our organizations, and become as much a part of the firmament as PCR and Excel spreadsheets are today.

My guess is that companies that ultimately manage to deliver these transformative technologies to healthcare and life science will arrive upon the scene not with the pomp and circumstance we often see today from well-heeled startups and high-flying venture backers so adept at fomenting FOMO (fear of missing out). Instead, I would anticipate the future winners will approach the space more like Veeva, with little messianic bluster, and laser-focused on solving a critical, high-value problem. They will also be poised to progressively broaden their scope over time as they come to better understand the problems to be solved and are increasingly trusted by existing stakeholders and partners. More and more, they will be called upon to deliver the solutions life science and healthcare requires, and that patients both demand and deserve.