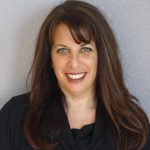 Sridhar Iyengar (Sri) is one of those vaunted serial entrepreneurs. He had successfully sold his second company and was ready to do it all over again.

Sri long ago learned that the trick to creating a successful startup was finding a difficult problem to solve – one that vexed companies that had money to spend.

It was 2015, and he was thinking about where to focus his entrepreneurial efforts. He reflected on challenges of his own making at previous companies.

When Sri was leading engineering and product manufacturing at AgaMatrix more than a decade back, scale-up challenges in the commercial production process had cost the company dearly. Small shifts in the diabetes management environment led to very high device scrap rates. That meant millions of dollars down the drain, followed by many months of investigation trying to figure out how to collect data, identify the specific culprit, and act to make the problem go away. 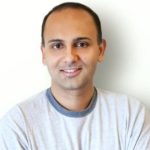 What made the problem even more painful was that it kept happening over and over. If only he had had real-time visibility into the details of the production line, this would not have been the case.

This is the perfect target for a solution that many companies face, especially life sciences companies, where small environmental glitches can make entire batches of product to go bad. By introducing data and analytics to the manufacturing line to enable rapid environmental and machine adjustments, Sri thought, you can create “non-linear value creation”—a small change in process which unlocks huge revenue opportunity.

“That’s the most boring problem I ever heard of,” said Sri’s constant co-founder and friend, Sonny Vu.

But to Sri, this was a personal challenge as well as a big professional opportunity.

He himself had lost many hours of sleep over this specific problem in the past and he knew he was not alone. Sri knew more than most about sensors from his stints at AgaMatrix and Misfit Wearables. Now, instead of applying sensors to bodies, he set out to apply them to the manufacturing process.

That insight led to the creation of Elemental Machines, a Cambridge-based company founded in 2015. The company makes connected process management sensors that enable production data analytics.

Sri and his team developed a system of simple connected sensors that can show how micro changes in environment and handling can have an outsized impact on what comes off the line. The system was fed by a symphony of potential troublemakers: humidity, visible light, ultraviolet light levels, air pressure, air quality, VOC contaminants, machine de-calibration were some of the suspects now subject to arrest. And it worked.

But there was a problem.

Production leaders at biopharma companies would not buy. They were suspicious of putting everything into the cloud; they worried about information security; and, most of all, they worried about regulatory compliance – Elemental Machines would need to get ISO901, 27CFR Part11 and a multiplicity of other box-checking accreditations before manufacturing leaders would take a chance on the upstart company. Sri met with dozens of manufacturing leaders at biopharma companies and kept coming away without the sale.

It wasn’t until someone suggested that biopharma research and development (R&D) labs had similar problems did Sri shift the business.

These labs dealt in materials that were the antecedents of future manufacturing lines. More importantly, biopharma products might never come to be if certain R&D failures go undetected. Best of all, the labs didn’t require the regulatory certifications that the manufacturing line did – the product could be used as is and bring a significant leap forward in simplicity, connectivity and analytic ability.

The people running the labs quickly understood the potential value. And crucially, they didn’t see a lot of other options. Those who were gunning to build the “digital lab of the future” were unable to find simple ways of amassing the right data and bringing all their tools into one dashboard. Elemental Machines realized it could enable its own sensors to read virtually every type of environmental data point that lab instruments might throw off. Elemental could also build a system of application interfaces (APIs) that would allow R&D leaders to turn their own patchwork of hardware and sensors into a single tapestry of information read from Elemental’s small monitoring devices.

That was the key that unlocked opportunity. Sri saw a way to turn a complicated thing for the right customers into something easy to monitor and manage. That was a way to save customers time, money and heartache.

Elemental’s first application connected cell culture incubators to look for variations in cell growth conditions (due to temperature, CO2, humidity, RPMs) to determine where points of failure may exist.  One lab tested the product and found out that fluctuating humidity was the mystery event causing their nascent medical device polymer to fail (not the human error that was previously assumed).

Elemental even got asked to improve the age-old problem of refrigerator and freezer monitoring, a problem Sri thought to have been previously solved and commodified by others. It turned out that yes, temperature sensors were already ubiquitous, but the sensors didn’t really tell the right people about the real problem in the right way. Legacy products generally required WiFi (which can fail), wall plugs (which aren’t always nearby), and sent the alerts into the building’s alarm system, not to the lab manager.

As a result, building security guards would routinely have to go on a treasure hunt to find the offending freezer. Elemental’s product turned out to be a better mousetrap. It relied on Bluetooth vs. WiFi, battery operation vs. wall plugs, and it provided one gateway to hundreds of devices to let lab directors know not just that someone left the fridge door open, but which one — all on one dashboard.

One customer’s key insight was that certain refrigerators and freezers were opened and closed more than others. Now able to pinpoint the problem, the customer moved highly sensitive COVID testing reagents into rarely used freezers and refrigerators instead of storing them in the conveniently accessed ones on highly-populated routes.

By avoiding the most-trafficked machines, the customer lost less of its precious materials. When the precious materials were lost, the lab director would know if it was because of a failed compressor, a door left ajar or a case of someone standing and staring into an open fridge for way too long, teenager-style.

The system, with its embedded artificial intelligence (AI), told the customer not just that there was a problem, but the likely root cause.

Interestingly, Elemental didn’t even need to promote the AI magic dust to drive labs’ adoption of their product. AI’s firepower wasn’t what was lacking – the void was just-in-time access to enough specific, integrated, basic information. By focusing on the small potential issues that drive big insight, a sophisticated and elegant system has led to large R&D partnerships. Big companies such as PerkinElmer and Eppendorf are using the system, along with several large pharmaceutical manufacturers, and smaller companies that include Insitro, Ginkgo Bioworks, and Quanterix. Incubators such as IndieBio and LabCentral have also adopted Elemental’s products.

Since Elemental got itself in the door by providing something of value, the customers have gotten engaged in helping it enhance the product. The product now increasingly allows for any IOT sensor or Electronic Lab Notebook (ELN) or Laboratory Information Management System (LIMS) to connect through an open API. Some of Elemental’s clients have freestyled and thus helped the company add features for compliance monitoring, as well as location and utilization tracking of high-value assets.

Another shift, perhaps, has been moving from a sensor-focused business model to a platform one. This has been accompanied by a change in business model from charging for sensor hardware to charging a subscription for ongoing access to the platform.

More and more data scientists are populating the halls of biopharma companies. There’s a growing focus on synthetic biology. More companies today are comfortable with the cloud. There’s a relentless appetite for more data and more analytics.

For Sri, this is affirming. But it has also reinforced what he already had learned in his prior two companies: you need to match your solution to what the market is ready to receive when it’s ready to receive it. This may mean leaping over a lower bar than what is technologically possible; but Sri has come to terms with that. He realizes that solving customer problems is what drives revenue, not seeking technical perfection.

For a PhD from Cambridge, this was a hard-won lesson, but a key shift in his own thinking that made success possible.

Evidation: Finding Tailwinds For Pharma Companies, and Individual Patients
The Weather Outside is Frightful and That’s Just the Half of It