Timmerman Report is an independent biotech publication founded in 2015 by Luke Timmerman. TR is dedicated to providing timely, in-depth analysis. It’s for anyone who seeks to understand drug development, diagnostics, genomics, and other technologies that are changing medicine.

TR is focused on the science, the enabling technologies, the market forces, and the characters that define the world of biotech startups.

The goal is to write accessibly for everyone: in a way that specialized readers can appreciate and lay readers can understand. It’s the sort of clear, probing and contextual journalism that never goes out of style.

Luke Timmerman is an award-winning journalist who has been covering biotechnology since 2001. Before founding Timmerman Report in 2015, Luke wrote about the industry for a regional newspaper (The Seattle Times), a global financial publication (Bloomberg News), and an online startup (Xconomy). Luke’s first book, “Hood: Trailblazer of the Genomics Age” was called a “must-read” by Forbes, and named one of the “100 Best Indie Books of 2017” by Kirkus Reviews.

Luke was named one of the 100 Most Influential People in Biotechnology by Scientific American in 2015. He has won a number of journalism prizes, including the Scripps Howard National Journalism Award, the Association of Health Care Journalists Award, and the Society of American Business Editors and Writers (SABEW) award. Luke received his bachelor’s degree in journalism from the University of Wisconsin-Madison in 1997. For the 2005-2006 academic year, he was awarded a Knight Science Journalism Fellow at MIT.

Outside of work, Luke enjoys running, family camping trips, and mountaineering. He reached the summit of Mt. Everest, the highest mountain in the world at 29,029 feet/8,848 meters, on May 22, 2018. Luke’s Climb to Fight Cancer campaigns have raised $2.3 million for cancer research at Fred Hutch. He lives in Seattle with his wife and daughter.

Interns at Timmerman Report interview some of the smartest, most passionate scientific entrepreneurs in the world. You get to learn from scientific founders, CEOs, and venture capitalists who are imagining the future of cell therapy, gene therapy, better/faster/cheaper molecular diagnostics, vaccines and more.

Your job is to conduct interviews with these people, do some relevant background research on the scientific literature, and write contextual news stories or short features about what they’re doing and why it matters. You’ll get reporting and writing help from me, a 20-year veteran of biotech journalism. I can open doors for you by helping you pick story assignments, and in preparing your interview strategy with the relevant entrepreneurs. I will also help you significantly improve your writing clarity and style for a general audience – an essential skill in all business and scientific settings.

You will get your articles published in front of a top-notch audience of biotech entrepreneurs and venture capitalists. Over the course of an internship, I’d expect you to write 8-10 of these articles, covering a range of topics.

At the end of the internship, I hope you will have broadened your knowledge of the business side of biotech, expanded your network, and assembled a portfolio of published works you can show potential future employers.

Send me a short cover letter, resume, and a few samples of writing you’ve published (blog posts are OK). luke@timmermanreport.com.

During my time at the Timmerman Report, I was afforded the opportunity to grow not only as a writer, but as a scientist. From interviewing company CEOs and scientific advisors, to writing about exciting advances in the field, I was able to explore my own scientific interests while gaining an understanding of the broader biotechnology landscape. Through the connections I made as an intern, I was able to secure a job at a small biotech company in NYC, where I enjoy working on the development of several psychiatric therapeutics that matter to me. I would strongly recommend this internship program to any student looking to pursue a career in biotechnology! 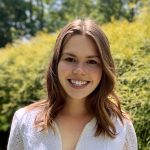 Working with Luke was an excellent opportunity to develop both the scientific and communication skills needed to be a well-rounded scientist. By speaking with leaders in the biotechnology field, I was given the opportunity to cultivate my technical understanding of the biotechnology field. This was a valuable experience and I highly recommend it to those looking to pursue a career in biotech! 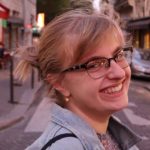 Internships at the Timmerman Report have provided valuable training opportunities for the MA in Biotechnology students at Columbia University, who have been lucky enough to be selected. These interns have had intensive training in how to interview prominent research and industry leaders and how to communicate the significant impact made by those leaders effectively in a timely manner. It’s a fantastic experience for them. 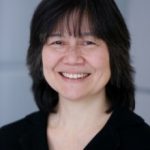