[Editor’s Note: This editorial was co-authored by Steve Holtzman, CEO of Decibel Therapeutics, and Jeremy Levin, CEO of Ovid Therapeutics in the aftermath of violent clashes between white supremacists and counter-protesters in Charlottesville, Virginia.] 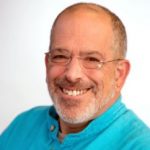 FACT 1: The overwhelming majority of the men and women in the biopharmaceutical industry, scientists and non-scientists alike, have been drawn to their profession by the noble mission of creating new medicines to address unmet human needs. They place human health and well-being—regardless of class, ethnicity, gender identity, race, sexual orientation, religion, country of national origin—as among the highest of goals to be sought, pursued, and supported by a democratic nation, a free market and society at large.

FACT 2: A high proportion of the men and women in the biopharmaceutical industry, scientists, and non-scientists alike, are either immigrants themselves, or the children or grandchildren of immigrants. The United States leads the world in the discovery and development of important new medicines. This is due to, in no small measure, our country welcoming and providing opportunities to immigrants.

FACT 3: The ability of the biopharmaceutical industry to create new medicines is grounded in the power of the scientific method, itself grounded in rational discourse, to elucidate the molecular basis of disease and, based thereon, discover, and develop novel therapeutic approaches. 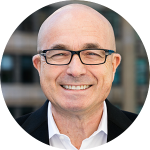 ALTERNATIVE “FACT” 1: The current administration’s assault on the accessibility of health care to all, and, in particular, its efforts to defund women’s reproductive healthcare services, are consistent with the foundational motivation of the men and women of the biopharmaceutical industry. —This is not true and should be refuted.

ALTERNATIVE “FACT” 2: The current administration’s assault on immigration is consistent with the seminal role that immigrants have played in the creation and flourishing of the biopharmaceutical industry. —This is not true and should be refuted.

ALTERNATIVE “FACT” 3: The current administration’s anti-science rhetoric and positions on climate change, environmental safety, and vaccines are consistent with the biopharmaceutical industry’s grounding commitment to rational scientific discourse. —This is not true and should be refuted

It should not have required the President to demonstrate a fundamental incapacity to rapidly and forcefully condemn neo-Nazism, antisemitism, racism, and white supremacism for our industry leadership, in the form of Ken Frazier, effectively to say, “No. Enough. This is too high a price to pay for a seat at the table.”

The fundamental conflict between the current administration and the founding bases and tenets of the biopharmaceutical industry has been increasingly evident since the President’s election and has been reified in his high-level appointments, regulatory actions, legislative agenda, and purging of qualified scientists from the federal payroll. Yet, biopharmaceutical executives have been largely silent about this fundamental conflict.

The reason for this silence is manifest. Several of the industry’s economic interests are dependent on federal policy and regulation. We have a President who values loyalty above all and excoriates and attempts to punish anyone who seeks to oppose him, irrespective of political affiliation or contribution to the nation and economy. Speaking out could put drug pricing, corporate taxation, and the repatriation of trapped off-shore cash at risk of Presidential retribution. –And, so we, the leaders of our industry, have largely chosen to “save our chits”

But, at what cost to the industry’s soul? At what point does the desire to retain a seat at the table become appeasement?

In our modern society, major industry leaders have the privilege, but also the responsibility, to further the fabric of a richer, more just and equitable society. This responsibility is especially acute for the leadership of an industry whose raison d’êtreis the health and well-being of all.

Ours is an industry critical to the nation, its economy, and its social fabric. We, its leaders, have the responsibility to represent the economic interests of our shareholders and do so by investing in and finding groundbreaking medicines to treat crippling disease. But, to do that most effectively, we have an equal responsibility to understand and value all who can benefit from the medicines we seek to create—especially those most vulnerable. At the same time, we need to ensure we motivate and represent our dedicated colleagues who devote their lives to finding these medicines with the sole mission of improving the lives of patients. Their work is based on the scientific method, which depends on rational discourse and dialogue. We must defend this vigorously.

Events since January 20th have grown increasingly perilous.  If we, as leaders of the biopharmaceutical industry, are to meet our responsibilities to all our stakeholders and society at large, the time is already long past for us to stand up for the foundational values of our beloved industry.