[Editor’s Note: David Shaywitz is a Palo Alto-based life science VC. He used to be active on Twitter. I asked him to share his reflections on leaving the platform–LT.]

Quitting carbs last year was hard. Quitting Twitter this year has proved delightfully easy.  You might even want to try it for yourself. 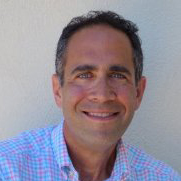 Twitter has tremendous upside. Most notably, it provides the chance to connect and engage with more, and more varied, people than you otherwise might, and in the process, learn things you didn’t know, and hear about interesting articles you might have missed. A real highlight of the medium was getting to know so many extraordinary people in the healthcare and biotech communities. My Tech Tonics podcast co-host Lisa Suennen (@VentureValkyrie) and I originally met on Twitter, for example.  I’m impressed by the ability of colleagues like Bruce Booth (@lifescivc) to use Twitter strategically and effectively, sharing thoughts on science and investing while steering clear of politics.  Many top scientists also enjoy the engagement of Twitter, as rock star Stanford chemist and Twitter newbie Carolyn Bertozzi (@CarolynBertozzi) recently highlighted on her captivating Long Run podcast with Luke (@ldtimmerman).

As my economist friends (who, I acknowledge, I mostly met through Twitter) incessantly emphasize, everything is about trade-offs. The relevant question about Twitter isn’t whether there are benefits, but rather, whether the benefits are worth the costs. This analysis presumably will differ for each person.  For me, the calculus was pretty easy, and I’m hardly alone (indeed, “How I Improved My Life By Quitting Twitter” feels like a blogging subgenre at this point).

The costs of Twitter are consequent to the attention it demands and extracts, and the amount of mindshare you give over to it. Insidiously, it seemed to claim more and more of my time and emotional energy in the years since I first joined in 2011. You could say I became a very avid user. I tweeted around 45,000 times over an eight-year period, and had around 13,000 followers. Even though I carefully curated a group of just 40 accounts to follow, in effort to minimize distraction, it wasn’t working. By late February, I decided it was time to quit.

Thinking about this decision reminded me of something from my medical training. In residency, we were taught that “the longer you stay, the longer you stay,” meaning that the longer you stick around post-call trying to get everything tucked away, the more things are likely to come up and compel you to stay even later.  Similarly with Twitter, the more you engage, it seems, the deeper you are drawn in, and the more draining it can be.

Among the most destructive aspects of intensifying engagement with Twitter I noticed was the tendency towards the performative. As you increasingly share your experiences with your Twitter audience, sharing itself can become part of the actual experience.  An amusing sign, a beautiful sunrise, a travel indignity, an interesting paper — each might be shared, as the sharing becomes part of a single continuous act of experience.  It also contributes to the intimacy of the platform, providing, at its best, points of unexpected connectivity among engaged users as you discover others who might share your enthusiasm for an author, hobby, or beverage, or empathize with your distaste for a particular airline.

Of course, the idea of performance permeates Twitter, as many if not most tweets feel like participants’ effort to publicly define themselves based on what they endorse or critique, based on who they endorse or critique, and based on the language or themes they use to do this, or their use of language demonstrating affinity with particular groups or ways of thinking.  Most obviously, this would include profile features such as “MAGA” on the right, or listing pronoun preference, on the left. But the signaling can also be more subtle, and it also seems nearly ubiquitous, to the point where at least for some users, most every tweet seems intended to announce or reify tribal affiliation.

In real life, I tend to focus on people first, with little regard for politics; while I probably shade towards the center-right, I’ve always had friends and colleagues across the political spectrum, and never thought all that much about either their politics, or mine.  Yet Twitter seems to transit in caricature, where so many participants become two-dimension versions of themselves – maybe because of how they present themselves, maybe because of how they are understood.  Participating on Twitter can feel like a constant battle to preserve dimensionality and nuance in a medium that seems determined to reduce it, and turn grey scale into black-and-white high contrast.  The medium rewards hyperbole and outrage, and seems to push everyone centrifugally towards the extremes.

Fortunately, as Mona Charen recently noted, “Twitter Ain’t America.”  When you’re active on Twitter, you feel that most everyone in the world is on it. But this turns out to reflect a hefty degree of ascertainment bias, as users are constantly reminded of those who participate, and lose sight of the many more who largely avoid the platform — including the vast majority of senior executives I encounter.   In 2012, I argued that most CEOs didn’t need to be on Twitter; I suspect most now agree, leading many to maintain de minimis accounts largely managed by their PR departments, and utilized almost exclusively for broadcast, rather than more substantive engagement.

Immediately after I quit Twitter, I discovered a book that tremendously fortified my decision: Deep Work, by Cal Newport.  The basic thesis is that concentrating on difficult problems is hard, and requires practice; instead, we tend to avoid such “deep work” by engaging in a range of fairly superficial activities. His argument is that we would do well to deprioritize these in favor of learning how to focus.

In addition to being entirely off Twitter since February, and deleting it from all my devices (I’ve retained my account as I can envision having it managed dispassionately by a PR firm at some point simply to share articles or perspectives), I’ve also deleted both LinkedIn and Apple News from my iPhone. The LinkedIn notifications were increasingly distracting (with over 900 pending invitations, signal is increasingly difficult to detect through the noise, and I’m increasingly tempted to drop this platform as well), and Apple News always felt like a rabbit hole.  I never was a Facebook user, which saved me the trouble of quitting.

Among the surprises I’ve encountered is that the moment-to-moment news flow is far less critical than it can seem when you’re on Twitter.  Almost nothing is all that urgent. Reading a news digest daily seems to be enough for me to stay up with current events. Once a week, or even less, would probably be fine for most things.  Perhaps it’s the “slow news” analog of slow food, and it seems to work really nicely, and it feels wise not to confuse the heat of agitation with the light of insight.

While I’m not sure I’ve yet achieved the “Deep Work” ideal, I feel that I am progressively rediscovering my ability to focus intensively, and am truly enjoying the opportunity to dive deeply into tremendously exciting areas like immuno-oncology and gene and cell therapy.  Admittedly, it probably helps that I love what I do, and I’m blessed to be in an environment that provides access to the tools I need, and in a role that affords constant opportunities to engage, in person, with so many creative and highly-motivated scientists, physicians, and entrepreneurs.

Outside of work-related reading, I’ve also enjoyed several unusually good books, including in particular: Dreamland, by journalist Sam Quinones (a superb, highly nuanced account of the opioid crisis); The Compatibility Gene, by immunologist Daniel Davis (I had recently reviewed his latest effort; The Beautiful Cure, for the Wall Street Journal, and was delighted to discover how much I also enjoyed his earlier book about the MHC); and The Secret Life of the American Musical (a guilty pleasure), by Broadway producer Jack Viertel.

While there are aspects of Twitter I miss, the benefits of restoring mindshare and attention far outweigh anything I’ve left behind.  One of my most precious resources is my attention, and I’ve recognized the importance of nurturing my ability to focus, and defending against distraction, while somehow still remaining open and receptive to exciting and orthogonal ideas.  I don’t think there’s a formula for achieving the ideal balance, but quitting Twitter has felt like a great place to start.