Since taking over as Sanofi’s CEO in September, Paul Hudson has been blunt in his assessment of health technology decisions, and indecisions, made by previous management.

Early in his tenure, Hudson took square aim at his company’s once-heralded $500 million collaboration with Verily on Onduo. This partnership was started in 2016 and intended to help diabetics better manage their condition.  This relationship has now been restructured, with Sanofi’s day-to-day operational involvement significantly pared back.

“It was a determined effort to get into the ecommerce component around diabetes and to try and build on the customer relationship with Verily,” Hudson said at a presentation in December coinciding with his first 100 days as CEO. 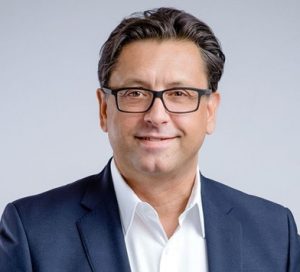 He went on to explain the reasoning for the decision:

“It’s a much harder nut to crack. It’s a much longer process. And whilst we’re excited about the work being done at Onduo, I think we were over-invested. So we’ve stepped back. We’re still an investor … but we won’t put any more operational expense in above where we are because we have other things to do with the investment.”

In case there was any confusion whether this repositioning simply reflected Sanofi’s retreat from diabetes, Hudson published a commentary in Fortune this week that clearly describes his stance on health tech more generally. It’s an unvarnished, pragmatic vision that will not surprise regular readers of this column, but is nonetheless a welcome public perspective from an industry leader, acknowledging as it does the current state of affairs at the intersection of tech and drug discovery.

While highlighting the great potential of “the transformative power of digital technology,” and acknowledging that pharma “lags behind other highly regulated industries,” Hudson then offers an unusually grounded perspective.

For starters, he invokes a version of the advice med students will remember from House of God (“At a cardiac arrest, the first procedure is to take your own pulse”), advising pharma companies to “pause and develop a strategic vision for adopting new tech.”

His distinctly unsexy recommendations include:

After offering somewhat vague and familiar recommendations about culture (learning from failure, figuring out how to engage more effectively with automation technology like aliquoting robots), Hudson returns in full voice to his anti-hype message.

“Companies are too often rushing to appear to be ahead of the curve, pursuing bold partnerships and investing in ‘trending’ technologies that are undeniably impressive but aren’t necessarily addressing critical medical needs,” he wrote. Hudson holds his fire on Google, but explicitly calls out an Apple Watch study that lacked a control arm, citing a critique by Larry Husten in STAT.

In case anyone missed his point, Hudson observes, “It’s easy to succumb to the temptation to partner with the company that will build us the splashy tool, rather than work with the company whose outcomes align with our own objectives and whose capabilities fill in our gaps. But some businesses are making the right long-term choice.”

He applauds “using analytics and A.I. to match patients to clinical trials, potentially reducing the time to find patients from many months to days or even minutes,” noting such efforts “may not seem like a breakthrough innovation, but it is a critical contribution to accelerating the process of getting medicines to patients.”

Not only did Hudson’s message resonate with me, it’s consistent with what pharma R&D executives have been saying behind the scenes for the last several years. A few  brave tech executives, like Jim Manzi, have been saying this more recently (listen here) – but Hudson’s willingness to offer such a grounded perspective in some ways gives permission for others in the industry to engage tech more realistically and usefully without the risk of appearing to be a Luddite or curmudgeon.

When a leader of a company like Sanofi stops spouting platitudes in public about digital transformation, it throws the brakes on an unproductive series of interactions that stem from the hype cycle. No longer should we expect untethered promises buttressed by dubious partnerships with marquis tech brands, with minimal internal buy-in from the researchers in the trenches actually tasked with discovering and developing new impactful medicines.

What’s really remarkable is just how far Sanofi, under Hudson, seems not to be leaning on tech as either a proxy or a vehicle for innovation. In a December press release pegged to the 100 Days announcements, and entitled “Sanofi CEO unveils new strategy to drive innovation and growth,” there are exactly zero mentions of either “digital” or “technology.” The only health tech mention in the entire release I could find was a collaboration with Aetion around real-world data (“an enterprise-wide collaboration that will integrate Sanofi’s real-world data platform, DARWIN, with the Aetion Evidence Platform® to advance more efficient use of real-world evidence,” the release said.)

(For more on Aetion see this piece from 2018 featuring  co-founder Sebastian Schneeweiss, and our recent TechTonics interview with CEO Carolyn Magill; for more on real world evidence see this 2018 overview and this 2019 commentary).

Perhaps Sanofi’s apparent pull-back from tech is an overreaction, but I tend to see it as a useful and much-needed recalibration, emphasizing the prioritization of palpable impact versus championing tech for tech’s sake.

This is a perspective that startups aspiring to sell into the pharma ecosystem will do well to understand. The gist is pretty simple. If you want to succeed with health tech for pharma, buzzwords aren’t going to cut it – tangible impact is required.