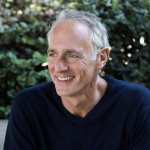 Please help me understand the value of OUR Centers for Disease Control and Prevention in 2020.

It’s baseball season — sort of. We have been waiting and waiting for the CDC to step up to home plate. The bases have been loaded for 7 months, and their fans have been waiting. The CDC is supposed to be our national cleanup hitter.

Yet, instead of trying to hit the ball out of the park for the grand slam, they have either struck out each time or tried for the occasional bunt single. This week, they decided to not even leave the on-deck circle.

Here’s the situation. Millions of kids and parents are seeking solid, science-based recommendations on what to do about school this fall during the pandemic. The CDC responded to this challenge by issuing revised guidance on Aug. 26 that said asymptomatic people who have been exposed to an infected person don’t necessarily need to get tested.

That revised guidance — to do less, not more testing — reportedly came from the White House and top levels of the Department of Health and Human Services. Maybe it did; maybe it didn’t. What matters is that the CDC issued the information.

Scientists were baffled, as the new guidance makes no sense. Within hours, CDC director Robert Redfield backpedaled, telling reporters that “testing may be considered” for anyone who has been exposed to the virus.

In a statement, Redfield said:

“Everyone who needs a COVID-19 test, can get a test. Everyone who wants a test does not necessarily need a test; the key is to engage the needed public health community in the decision with the appropriate follow-up action.”

The public needs firm guidance. This statement is so wishy-washy, it is meaningless.

Is there any real value left for this aging, high-priced player?

Stats in baseball don’t lie. Stats in healthcare generally don’t lie either. Roughly 40% of the spread of COVID-19 virus is from asymptomatic people. In a country with 5.9 million confirmed cases of COVID-19, and many more unconfirmed cases, it’s safe to say we have several million people capable of spreading this disease without even knowing they are sick. That’s undebatable at this point (though I know even the most basic facts are seemingly up for debate these days.)

Let’s recap some of the most visible and critical missteps by the CDC since the start of the pandemic, and let’s consider the consequences.

Now we have to deal with this latest blunder —  actually discouraging testing for asymptomatic individuals who have been exposed to a known infected person. Clearly, these people are at high risk of infection to themselves, and they pose a risk of infecting others — potentially many, many others if they show up unmasked, at a large event, especially indoors.

Why not test these people to reduce the chance of them becoming spreaders, or even superspreaders? Instead of making this common-sense recommendation, the CDC just walked off the field and did not even demonstrate an effort to hit the ball.

Our nation is at a loss. On what scientific justification did they make this decision?

Let’s face it; the CDC has clearly demonstrated it either doesn’t have its head in the game, or it is a cleanup hitter that has been forced onto the bench.

Diagnostic Dysfunction for COVID19: Mike Pellini on The Long Run
Knowledge is Power: Don’t Give Up on Diagnostic Tests for COVID19