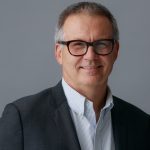 The U.S. already has the real-time PCR infrastructure to run tens of millions of tests per day. Why don’t we use that capacity?

Our consumer electronics companies are constantly marketing the newest one-touch, automatic machine. They make it sound so simple, so alluring, so irresistible. Think of our smartphones and watches.

That might partly explain the administration’s instant embrace of the Abbott ID NOW point-of-care machine for COVID-19 testing. FDA commissioner Dr. Stephen Hahn touted the box’s features and benefits – a 6.6-pound box, the size of a toaster, that could deliver accurate yes-no test results in 15 minutes — at a Rose Garden news conference back in March. President Trump even seemed to cradle it briefly.

In late March, when horrific images from overwhelmed New York hospitals were dominating television, this seemed like good news that people wanted to hear. The call for the fast and simple answer was on display again this week, as the Trump Administration announced plans to distribute 150 million rapid antigen tests.

If there is a consistent pattern to this Administration’s response, it has been to put faith in quick fixes instead of strategic long-range plans that play out over a period of months. We’ve seen the unfortunate results of this excessive faith in the latest shiny technology object.

Like many things about the COVID-19 pandemic, the truth about point-of-care testing machines is more complicated than their coolly modern façades indicate. Whether these rapid testing instruments are molecular tests that look for the SARS-CoV-2 virus’ signature genetic material, or antigen tests that detect specific proteins on the virus’ surface, there are accuracy trade-offs with the rapid point-of-care tests, when compared with traditional real-time PCR platforms. Multiple academic studies have shown higher false-negative rates than what Abbott has reported on its ID NOW platform.

The issue of test inaccuracy hasn’t received much attention, but it has gotten some notice. Recently, the Governor of Ohio, Republican Mike DeWine, received a positive result from a point-of-care machine that detects antigens. Subsequent RT-PCR testing thankfully showed that the previous point-of-care test was a false positive.

The reliability of these sleek point-of-care machines is not the only thing that should concern us. These are highly automated, closed systems. That sounds good at first glance to most people, because it implies simplicity, speed and consistency. The term “sample to answer” is the diagnostic industry equivalent of “plug and play.” What’s not to like?

Besides the problems with accuracy, these closed systems create capacity constraints.

Our increasing reliance on these closed systems is hampering our ability to ramp up national testing effort to the scale it needs to be. Recent reporting from Reuters assigns blame for the U.S. testing shortfall on these closed testing systems.

These companies operate on the razor and razor blade model. They sell the machine first, and then supply the proprietary consumable supplies such as chemical kits and plastic sample plates and pipettes needed to make it run. It’s similar in concept to the branded printer cartridges in use on your HP or Epson home printer.

The rapid point-of-care COVID-19 diagnostic testing companies – four major manufacturers – simply can’t manufacture enough consumable chemicals, sample plates and pipettes in their special kits to keep their instruments running at full capacity nationwide. This is the primary cause of testing backlogs. And it’s not just the “printer cartridges” that are in shortage – many of these companies can’t make enough of the “printers” themselves to meet demand.

These closed systems can be useful and convenient under normal circumstances. During a typical flu season, hospitals can quickly determine whether a few patients are suffering from the flu or a different respiratory illness and treat accordingly.

But a pandemic is not a normal circumstance. And while some experts have recently called for an increase of less accurate antigen tests to more quickly track and contain the virus — essentially throwing “everything but the kitchen sink” at the problem because the U.S. has struggled to generate a comprehensive national testing plan — there’s no evidence that these manufacturers can produce the instruments and consumables at the necessary scale.

For our country to reasonably manage this pandemic, we need much more than just the test results for a few dozen patients at a time delivered by a quick, easy-to-use black box.

These point-of-care machines do have a role to play, however. They can be invaluable tools for COVID-19 testing in specific environments, such as daily testing of caregivers at assisted living facilities. But as a nation, experts say we need to be doing millions of tests per day — the latest estimate by Harvard’s Global Health Institute is 4 million per day. The network of discrete closed systems cannot handle that kind of volume, nor is it flexible enough to scale up and down as testing needs change.

Fortunately, we already have an open-system network that we can harness to produce the amount of testing needed to safely reopen our economy: an installed base of “old-fashioned” real-time PCR machines.

Every big central lab, government lab, hospital lab and research lab in the country has at least one open-platform real-time PCR instrument. Different manufacturers make these instruments, but they all run in basically the same way, using the same chemical supplies.

These systems aren’t as quick to deliver results and require trained technicians to operate. But they can handle tremendous volumes of tests. These traditional RT-PCR machines can handle 10-100 times higher throughput than the point-of-care tests, and are able to generate >1,000 results per day per machine. In contrast to ID NOW, they are the gold standard of accuracy.

Certainly, open-platform PCR instruments are currently handling a significant portion of the testing. But right now, only labs that are CLIA certified by the federal government are allowed to handle diagnostic testing. That leaves out most academic labs and many, many commercial research labs that are run to exacting specifications, but are not technically CLIA certified. Add to that a large number of PCR instruments that run diagnostics for our pets. We love our pets, but I think most people would agree to delay those diagnoses to free up capacity for the urgent COVID-19 demand.

The federal government could, and should, use its influence to requisition these instruments for use in COVID-19 testing. The capacity exists – it just needs to be properly directed and mobilized. It’s not too late to swing into action.

At a low estimate, the U.S. has 30,000 open-platform PCR instruments. If each instrument is leveraged to run the 1,000 tests per day it can run, that would give us 30 million tests per day. Capacity could be stretched further through the use of robots, pooled testing or the application of data science.

This is a robust infrastructure that will better meet the testing demands this pandemic calls for. Testing at high volume will help us find our way back to something closer to normal until we have a widely distributed vaccine.

The role for open systems is clear.

As Gary Kobinger, a Canadian researcher best known for his work on Ebola, argues in that same Reuters report that all diagnostics should be done on open platforms. “At one point there will be a new pathogen, and the company that makes the cassette that is controlling everything is not going to be able to supply you,” Kobinger said. “And this is where we are now, right?”

Alex Dickinson, PhD is the co-founder and executive chairman of ChromaCode. He is a life sciences executive with over 25 years of experience leading strategic initiatives that have transformed small companies and enabled large companies to penetrate new markets. Most recently, he was the Senior Vice President of Strategic Initiatives at Illumina, where his responsibilities included working with national governments and large institutions to develop precision medicine programs for healthcare systems.