In today’s Wall Street Journal, I review The Innovation Delusion, a new book arguing that innovation is overrated and maintenance is underrated; moreover, the authors assert, we have magical thinking around innovation, and often view it as fairy dust that can be imported from Silicon Valley then sprinkled on ossifying organizations to revive and rejuvenate them.

The Innovation Delusion offers a thought-provoking read, as I discussed for the WSJ’s broad business audience. But it may also be of particular relevance to biopharma readers, inspiring me to expand on three thoughts of particular interest to my hardcore life science colleagues who read Timmerman Report:

Amid all the handwringing that reliably accompanies technology development, and has probably been with us since Og first rubbed two sticks together, there are compelling data that the world is actually getting (much) better, not worse.

While naturally controversial (especially at a time of such social and political angst), a compelling case for technology leading toward meaningful economic and health progress has been made by Steven Pinker (Enlightenment Now), Hans Rosling (Factfulness), and Andrew McAfee (More From Less – my WSJ review here), among others. I’d also recommend the “Our World In Data” website.

Asserting the world is getting better does not negate the existing serious problems, including well-documented inequities. Rather, it highlights the many ways we’ve made human existence so much better over the years, and emphasizes our potential to drive still more positive change.

The authors of The Innovation Delusion are correct to point out our intrinsic bias for novelty – what Nassim Taleb has called “neomania.”

There is a tendency to imbue new tools and technologies with an imaginary ability to fix what ails us, and a contrasting disinclination to attend to the often-tedious responsibilities of keeping what we already have going. Few of us like to clean air conditioner filters or repair roof tiles, though objectively we recognize the value of doing so.

At the same time, we should recognize that the importance of stability is hardly lost on successful tech companies – even Facebook refined its mantra from “move fast and break things” to “move fast with stable infrastructure.” Twitter became a more serious player once it consigned the “Fail Whale” to the dustbin of history.

As I write in the review:

“Leading technology companies may talk innovation, but they already compete (as the writers themselves acknowledge) on reliability and uptime—striving for standards like the ‘five nines,’ meaning that service is available 99.999% of the time and down no more than five minutes a year.”

The most important and most underappreciated hurdle in leveraging powerful emerging technologies is figuring out how to use them.

New technologies by themselves do not equate to progress, and won’t result in progress unless and until they are gainfully applied to solving a relevant problem. It’s also why there’s such a long gap between when a technology is first discovered, and when it is adapted into something commercially relevant. (This also ties into the much-discussed delay between the arrival of new technologies and the ability to discern significant productivity gains.)

In life sciences, we have, and largely continue to live this disconnect.  We hear extravagant promises from enthusiastic technology developers. We then try to relate it to our own lived experience in the trenches of biopharma, pursuing our daily mission of discovering, developing, and delivering impactful new medicines to improve human life.

The view from many on front lines is that a lot of technology, despite the hype, despite the pleadings of biopharma executives intrigued by notion of “digital transformation,” continues to feel peripheral to the core mission, at best perhaps helpful around the operational edges, but hardly moving the needle on the core business of curing disease, and as likely to be a distraction as a contribution. This is the largely unspoken reality I continue to see on the ground.

This pattern is not, and should not be, surprising.

This is characteristic of the way emerging technologies evolve, and also why there tends to be such a gap between the original discovery of the new technology, and its effective incorporation at scale.

This gap reflects — and defines — the implementation challenge, the need to actually figure out how to leverage a powerful, emerging technology to solve a relevant problem in a given domain. Moreover, the key advances tend to come from “lead users,” curious pragmatic front-line workers who are looking to solve a discrete problem and believe a particular technology could be useful if appropriately applied.

In short, what this means is that whether you’re an aspiring healthtech startup looking to disrupt/transform/reinvent/reimagine some aspect of biopharma, or a large technology company seeking to add a lucrative biopharma vertical, your ultimate success requires deep domain expertise.

For startups, we need leaders — and investors — who are not only attuned to the technology to be deployed but, critically, who also inhabit and are fluent in the relevant domain, and who have acquired with time and lived experience a nuanced understanding of the real-world problems to be solved. 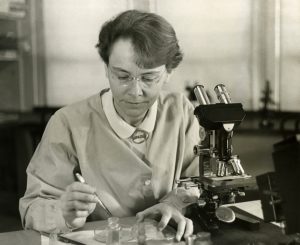 These leaders and their companies would have what maize geneticist Barbara McClintock classically described as a “feel for the organism.”

Why This Matters: Biopharma Needs Help

I recently reviewed the (always) fantastic year-end summary from 2019 (available here) presented by Bruce Booth of Atlas Ventures, a prominent early-stage life science venture firm. The discussion affords an invaluable 20-year historical perspective of the life science industry. Despite some profound advances, the persistence of several core problems in the industry was striking.

In the last two decades, the timelines for discovery and development “haven’t budged,” Booth demonstrates, while “costs continue their steady climb,” and the rate of mid- and late-development failures — exceptionally costly — remains staggeringly high. 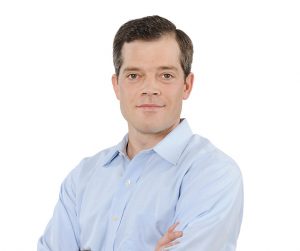 The impact on burden of disease has been significant for some patients with some conditions), but in aggregate, perhaps not exactly transformative.  For example, one graph required a conspicuously attenuated X-axis going from 64% to 70% to reveal the improvement in relative survival rate for all invasive cancers from 1999 to 2016. The rate bumped up from 66.0% to 69.3% which is meaningful, especially if you’re in the new 3.3%, but likely not the transformative progress towards which we all aspire. Some cancers, like pancreatic cancer and brain cancer, remain a difficult struggle. And cancer is the therapeutic area attracting by far the greatest amount of industry investment and attention.

In short, despite the proliferation of promising biological modalities, the process of prosecuting new therapeutics remains astonishingly difficult and expensive, with success still the rare exception. Despite our best scientific efforts and extraordinary resource commitments we remain at the core a miracle-driven business.

The Opportunity For Tech?

Here’s the point: the job of life science companies remains as difficult as ever. Coming up with safe and effective new medicines is really, really hard, mostly because biology is complex and messy, and it’s almost unimaginably hard to come up with something you can safely introduce into the human body that will effectively attack only the disease. It’s a preposterously difficult problem — and it’s also what the R&D folks in biopharma courageously tackle every single day.

To the extent that emerging digital and data technologies can help — can authentically and meaningfully help — life scientists tackle these outsized problems more effectively: that would be fantastic.

But it will also require a far deeper focus on implementation and lead user engagement than most of what we’ve seen from tech so far. It’s also why the impact of tech on life science has been so outrageously minimal and so elusive.

Factories weren’t meaningfully helped by the replacement of steam power with electric generators; productivity improvements were driven when factories themselves were reimagined and reconfigured to optimize the flow of material. The big change came when these dense three-dimension structures designed around a single source of power were replaced by the long linear layout more familiar today.

As I wrote last year in Clinical Pharmacology and Therapeutics,

“In areas ranging from the power loom where efficiency improved by a factor of twenty, to petroleum refinement, to the generation of energy from coal, remarkable improvements occurred during the often lengthy process of implementation, as motivated users figured out how to do things better, ‘learning by doing’ as Bessen describes it in his book of the same name.

Many of these improvements are driven by what Massachusetts Institute of Technology professor Eric von Hippel calls ‘field discovery,’ involving frontline innovators motivated by a specific, practical problem they’re trying to solve. Such innovative users—the sort of people who Judah Folkman had labeled ‘inquisitive physicians’—play a critical role in discovering and refining new products, including in medicine; a 2006 study led by von Hippel of new (off‐label) applications for approved new molecular entities revealed that nearly 60% were originally discovered by practicing clinicians.”

I conclude my recent Wall Street Journal book review by describing the opportunity before us:

“New technologies really can make the world better, though how they will deliver their benefits can be hard for the originator to perceive. (Thomas Edison expected that his phonograph player would be used for recording wills.) The hustle and hype around emerging technologies, so easy to ridicule, reflect the chaotic effort to identify something of real value. More often than not, it is pragmatic, curious frontline workers—‘lead users,’ in innovation-speak—who make the incremental advances that fulfill the promise and realize the potential.”

For biopharma, specifically this means that we should avoid our initial impulse to either ridicule emerging technologies or endow these technologies with extravagant expectations (and sometimes both).

Rather, we should seek opportunities to leverage our deep expertise as lead users, and actively shape the implementation of emerging technologies to address the many challenges before us.

Success will require not only thoughtful engagement from life scientists, but an evolution in the mindset of the technology developers — including, critically, their early champions and investors, who tend to grok technology but are often far more superficial in their knowledge of drug development. A deep understanding of drug development, and a deeper, more authentically collaborative relationship with creative, front-line drug developers will be essential if the technology’s promise is to find expression in the delivery of important new medicines that improve the lives of patients.

From Fitness To Flourish: Expanding the Scope of Digital Exercise

Learning From Post-It: Your Solution Is Not My Problem – Except When It is

Motivating Fitness With Immersive Experience, Rather Than Competition