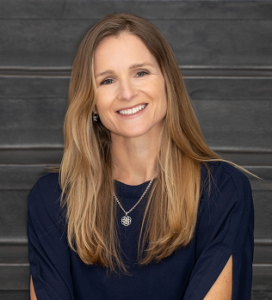 Our daughter celebrated her 14th birthday on Mar. 14. It’s an event none of us will forget.

Our family invited a few of her friends to join us for dinner in New York City to celebrate.

Scary headlines about the COVID-19 outbreak in New York were everywhere in the days leading up to her birthday. We had to stop and think. We debated whether to cancel this gathering. But we decided to move forward since we were just going to be with a small group.

Five days later, we came down with the Coronavirus. My husband Scott felt exhausted. I had a headache. When I felt a weird sensation of shortness of breath, like I had never felt before, I knew we needed to be tested.

Scott got tested on a Monday. A day later, we all knew. My mother and father, 77 and 84, respectively, were staying with us at our home in Summit, NJ. They immediately jumped in a car to go back to their house in Delaware. Thankfully, neither of them developed any symptoms.

For the next two weeks, my husband and I essentially stayed in bed. It was a struggle to stand up and walk to the bathroom. Our kids, staying downstairs or somewhere at arm’s length in the house, brought us food and plenty of liquids. They would leave food for us and walk back downstairs.

We felt terrible. The symptoms were typical — headache, fever, body aches, sore throat, GI issues. Although we had shortness of breath, we never needed to go on supplemental oxygen or felt so sick we needed to go to the hospital. We had what doctors call a “mild” case.

After two weeks, we started to feel a bit better. Around three weeks out, Scott was on the road back to normal. (Although he says he is not the same as before, he now is able to run over five miles these days).

By mid-April, I felt like I was recovering as well. Then, by Week 5, I started going backwards. I got tested again. Sure enough, it was positive.

Over the next month or so, I continued to feel OK. Not terrible, not great. Looking on the bright side, we decided to get out of the house. In May, we wanted to go see my parents in Delaware. The stay-at-home orders had lifted by then, and the first wave of cases in the pandemic appeared to be subsiding. We all got tested, and — good news! — we all tested negative.

We were ready to put our COVID-19 experience behind us.

The summer months were a roller coaster. One day I took my daughter to an outdoor lacrosse event. A fever came over me. At the event check-in table, they checked my temperature, and asked me the standard questions designed to prevent spread of the virus. I told the young lady that I still had occasional fevers even though I recently tested negative.

I managed to sit in the shade to cool down from the original 101 degrees Fahrenheit I had shown at check-in.  (That, by the way, was the highest fever I have ever recorded, even when I was actively shedding detectable levels of the virus). They allowed me to stay to watch, from a distance. It was a hot day, and somewhat miserable.

Word got around at the event that I had a fever. A particularly pushy mom called the head of the lacrosse club to complain. Next thing I knew, I was getting chased out of the event.

The confusion about this virus makes people nutty. I sat in the parking lot, with tears rolling down my face. The proverbial scarlet letter, in my case a “C” on my chest, was humiliating. It was also upsetting that I still felt like crap months after I was first infected.

Like every other long hauler, I can paint the picture of what I was like before I got this lovely virus. I was a working mother of four who exercised almost every day. I alternated cardio and yoga days. You can check my Peloton app and see that I was active. I was a college athlete, playing squash at Harvard University. Staying fit and healthy is an important part of who I am.

Since being infected, I have attempted to exercise a few times. Most days, I feel like an elephant is sitting on me.

What I find particularly frustrating is the lack of understanding. One day, about four months into our COVID experience, my husband and I were out for a walk. (Essentially, he was dragging me outside to try and get me some exercise.) I remember it was a beautiful day that normally I would have relished being outside, but I really just wanted to go back to bed. We ran into a family practice doc in our neighborhood. Scott was telling her how I still have symptoms.

“It’s probably something else,” she said dismissively.

Other people, who aren’t physicians, freely offer their own speculative diagnoses. “Oh, maybe you have Lyme disease,” — I’ve heard that more than once.

The worst of these baseless conjectures came during a recent trip to an urgent care facility. I was there having my son tested after he had been exposed. I overheard the nurse telling the doctor that I am one of those “long haulers.”

The doctor replied, “This is today’s version of fibromyalgia.”

The condescending tone, and the implication that this illness was all just my overactive imagination, was beyond annoying. The inherent sexism and insensitivity that provider showed still burns me today.

I now feel like I can relate to what it must feel like for individuals who suffer from a rare disease with no cure. Everyone has an opinion and people aren’t sure how to interact with you.

I want to find something to help me recover, and I’d be happy, as a member of the biopharma community, to participate in some way to help advance scientific understanding of what’s going on with COVID-19 long haulers.

Recently, I had a visit with the University Pennsylvania Post-COVID-19 Care Center. We tried a round of steroids. That did nothing. They had me wear a cardiac halter for two weeks. I am waiting on the results. The one thing the team at Penn says appears to make a difference is physical therapy. So I’m giving that a try. At the same time, I am exploring Eastern medicine. I have done acupuncture. They prescribed me some herbs that made my heart race.  I am open to anything.

The latest vaccine developments from Pfizer and Moderna thrill me. Some people see those results and imagine a return to normal, which in their mind means eating out once again.

I am just hopeful that the vaccine will help me feel even a little bit more like my former self. I do not want to feel like an old lady whose hips hurt, who can’t sleep through the night because of leg pain, who has shortness of breath.

I want to feel young again — like the 46-year-old that I was just nine months ago. A day without a headache would be nice, especially a day without the kinds of headaches that make me jump at loud noises or that knock me out in pain.

Often, I have heard people talk about just wanting to have the virus so they can get it out of the way and build up their immunity.

I have also heard how this is like the flu. I have never had a flu that has lasted for nine months. I suggest trying to avoid it and get vaccinated as soon as possible. My husband has antibodies and has even donated plasma. I can’t do that, because I don’t appear to have any antibodies. I am hopeful the vaccine will help me produce antibodies so I can feel better.

I have asked if I qualify for any of the current available treatments, and the answer is always no. We joke that we are going to do our own experiment and my husband will donate his plasma to me.

It would be so nice to get some clarity — a clear and confident bill of health that would allow me to plan for the future with confidence.

So much of this experience is about dealing with endless uncertainty and surprise.

Remember my daughter’s fateful 14th birthday dinner on Mar. 14? Turns out that wasn’t the exposure event we all thought it was. After a recent visit to a local furniture store, I discovered that in all likelihood, I did not even contract the virus at a restaurant in New York after all. The furniture store owner shared that she had been infected five days prior to when we had seen her in early March.

“It’s fine,” I told her, trying to coolly absorb what she had just said. “It’s been a mild case…”

E. Blair Clark-Schoeb is the senior vice president of communications at Aruvant Sciences a company developing gene therapies for rare diseases. She is a founding member of the Society of Healthcare Innovation. Twitter: @EBCS22