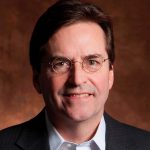 Biogen is in a bind. The way it navigates a tricky compassionate use situation today could reverberate across the industry for years to come.

Full disclosure before diving in — I used to work at Biogen, but left there five years ago. I hold the company in high regard, and am hopeful the company will find a way to solve this predicament.

The story centers on tofersen, an antisense oligonucleotide designed to block production of the SOD1 protein that drives a rare type of amyotrophic lateral sclerosis – the neurodegenerative disease also known as Lou Gehrig’s disease. There are no effective drugs for ALS, but there is considerable enthusiasm for this drug candidate – Phase I/II results were published in the New England Journal of Medicine last July.

Biogen’s plan for this ALS treatment has collided with one patient’s desperate battle. Pressure is mounting on Biogen to provide compassionate-use access to the experimental drug for Lisa Stockman Mauriello.

Her physician requested the drug under FDA’s expanded access policy and was denied. Ms. Stockman Mauriello then contacted the company directly. Denied again.

Biogen issued a public statement explaining the reasons for its decision but, by then, a loose coalition of Ms. Stockman Mauriello’s network had mounted a campaign including a Change.org petition (100,000 signatures and counting), national print, broadcast and online media coverage, social media, and an advocacy grassroots movement that has taken on a life of its own.

It’s a heartbreaking situation for Ms. Stockman Mauriello, but simply giving her the drug in this instance isn’t the answer. The concept of providing pre-approval access to investigational therapies has been with us for decades, under the terms Compassionate Use, Expanded Access and more recently Right to Try. It’s followed the usual cycle of outrage-and-amnesia, erupting over therapies for cancer, HIV and, more recently, rare disorders.

Often, an application for compassionate use outside the usual context of a clinical trial is made by a physician to a company on behalf of a single patient. Other times, a formal expanded access program is operated by the sponsor, in which dozens or even hundreds of patients may be eligible to receive a drug prior to when the FDA allows a treatment to be made available on the market. There are other methods that represent a middle ground on the continuum of pre-market access.

And there lies the problem. The process often resembles a game of “hot potato”:  Companies have expressed worries that providing access to experimental drugs outside of controlled clinical trials raises the risk that their drug candidates could be unfairly tainted if the patient has a bad outcome and suspects it was a drug-related adverse event. If that were to happen, then a good drug could be derailed. That would end up harming patients who might otherwise benefit.

Advocacy groups struggle to balance the interests of their broad constituent base — people who generally want to see good new therapies become widely available through FDA approval — against a few desperate members of their communities who want immediate access to the latest experimental compound, no matter the consequences.

Patients desperately seeking help confront a world where the decision on access always seems to be “someone else’s” decision. The FDA has repeatedly stated its support for the concept and has published data to corroborate this support, while stressing the decision to provide therapy under compassionate use is each company’s alone.

It’s sadly ironic that Biogen finds itself in this position. It has been steadfast in ALS drug research and development, even when things didn’t appear to be going well. When Biogen’s previous clinical effort failed, the company shared the community’s anguish. Biogen responded by rededicating its efforts: funding research, supporting a genome mapping project, establishing a research consortium, and doubling down on R&D.

This work sowed the seed of the current challenge. The plight of Lisa Stockman Mauriello shines a light on a problem likely to grow, as public policy fails to keep pace with science, communication and expectations.

This is not just about Biogen and Ms. Stockman Mauriello.

If Biogen can find itself in this predicament, any company working on rare, hard-to-treat diseases can – and likely will. A lack of clear regulatory guidance means that each company will be left to establish its own path for each compound, in each population, at each point in time with little help.

There is no doubt that Biogen wants to do the most good for the most people in the shortest time possible. But those goals are inherently subjective, and there’s no policy framework or consensus on how best to achieve them. Great care is needed to ensure that the process of determining compassionate use is—and is seen as—transparent, resistant to abuse and, at minimum, not unjust.

To begin to think about a clear and consistent policy framework, it helps to ask, what are the critical diseases, drug candidates and patient populations that cry out for a tragically scarce resource to be made available prior to full FDA evaluation and market availability?

Any company facing Biogen’s dilemma will have to confront a difficult truth: It is not that there is no right answer to this tragic dilemma; it is that every answer is wrong, one way or another. Deny the application and you look like a cold-hearted corporation. Approve the application, and you run the risk of shooting your company in the foot while potentially harming patients who might otherwise benefit.

Faced with this reality, the search is not for the right answer but rather deciding how to act in a way that is honorable and humane, regardless of the decision. Every company should be paying close attention: It is a horrible state of affairs for one company and one family, but it is likely a harbinger of what is to come for many biotech companies and families. The fact that we have so many excellent treatments in the industry pipeline, especially for rare genetic diseases with no current available treatments, makes situations like this inevitable.

Biogen, a respected biotech pioneer, has the chance to take a pioneering role yet again, this time shaping a future for compassionate use that affirms its core values, and aligning them to the values of current society. This is how we declare the values to be preserved at great cost and those to be sacrificed at equally great cost, in order to be clear about our society’s fundamental character.

I have known Lisa Stockman Mauriello for 30 years. I’m well aware she does not want her life to be seen as more important than others in her circumstances but, as things stand now, it appears to be valued less. For a company so deeply committed to patients and the ALS community, finding a solution for all patients it is working to serve is essential.

Daniel McIntyre was senior vice president of Corporate Affairs for Biogen from 2011 – 2016. He is now a Boston-based public affairs consultant.