We’re drawn to stories. We understand the world through stories – both the narratives we read, and those we create and develop for ourselves.

It’s the very power – the unreasonable effectiveness? – of stories that also leaves us so vulnerable to deception, including self-deception.

This is a key message from “Super Founders,” Ali Tamaseb’s soon-to-be-published analysis of the factors behind “unicorns” – startups that attain a valuation of at least a billion dollars.

A venture capitalist at the deep tech firm DCVC, Tamaseb found himself wondering whether there were features of unicorns that distinguished them at an early stage from startups that wouldn’t go on to such prodigious success. It’s a relevant question for a VC who must sort through hundreds of companies a year to identify the most promising investments.

He was aware, of course, of the many popular narratives associated with outsized startup success. One story that’s been often told is about young founders who drop out of Ivy League colleges to pursue a technology-fueled dream (think Bill Gates and Mark Zuckerberg).

A related common narrative are founders relentlessly driven to solve a problem that’s rankled them for years. Typically, successful founders are presumed to have refined their dream through an accelerator program like Y Combinator or Techstars, and are often imagined to have advanced an idea that was first-to-market, perhaps even creating a market. 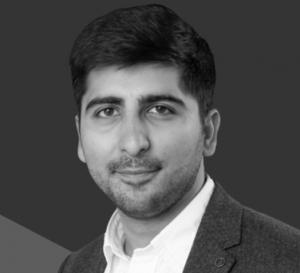 A critical thinker, Tamaseb asked himself whether these narratives – and associated venture heuristics guiding investment – were true, pressure testing the conventional wisdom around startups in the way Stanford business school professor Jeffrey Pfeffer has challenged so effectively the comforting nostrums surrounding leadership and power.

Rather than simply rely on expert opinion, Tamaseb approached the question more scientifically, and did the hard work of collecting and crunching the data. He conducted a case-control type of study, comparing the attributes of the 200+ startups founded between 2005 and the end of 2018 that achieved $1 billion or greater valuations, and a similarly sized group of randomly selected startups, founded during the same time range, and who had raised at least $3M in initial funding, but who never became unicorns.

Tamaseb is admirably upfront about the limitations of this approach, which he acknowledges doesn’t have the level of rigor of an academic study, and involves a lot of subjective interpretation on his part.  He also notes that the key outcome measure – unicorn status – is hardly the only or even the best definition of startup success. But it certainly captures an achievement, and one that’s highly relevant for investors and employees holding equity in the company.

So what did he learn?

Most significantly, the data highlighted the limitations of conventional wisdom. The median founder age (at the time of founding) for future unicorns in his sample, Tamasab learned, was 34. That’s far older than many might have guessed; moreover, the range was 18-68. That data point alone shows there’s no one single stereotype of what a founder looks like, or what set of experiences prime someone to start a company.

David Duffield, for example, was 64 when he founded Workday, an enterprise software company for finance and HR functions.

Educational backgrounds were also quite varied among founders. One out of three (33 percent) had an advanced degree. That figure is even higher among founders of healthcare and biotech companies.  Founders who were dropouts proved to be almost vanishingly rare.

The variety in educational background of the unicorn founders was matched by a similar variety of educational experiences in the non-unicorn sample.

What about work experience? It turned out that fewer than 50% of founders of future unicorns had significant work experience or domain expertise in the area their company would pursue; this was equally true among founders in the non-unicorn sample. However, this pattern doesn’t hold for biotech and healthcare companies, where 75% of founders had relevant experience.

As a cautionary healthcare aside: Flatiron is presented (accurately) as an example of a healthcare company where founders had no relevant domain expertise (Tempus, a precision medicine company started by founder of Groupon, might have been another interesting example). However, the key inflection point for Flatiron, as I understand it, was when Dr. Amy Abernethy — a professor at Duke University and an expert in clinical trials, cancer outcomes research, and clinical informatics — joined and guided a company that was somewhat adrift at the time. Instead, the origin story that one of the founders shares with Tamasab omits Abernethy, and focuses instead on a familiar narrative (often embraced by journalists) emphasizing the founders’ charming naivete (“We were fresh; we had no preconceived notions, no bad habits. We questioned everything”).

Perhaps the most prominent difference between founders of unicorns and founders in the non-unicorn sample was that 60% of unicorn founders had previous experience as startup founders, vs 40% of founders in the non-unicorn sample. Moreover, of the founders with previous startup experience, 70% were relatively successful in the unicorn sample, and only 25% were in the control sample. (Here, success is provisionally defined by Tamasab as achieving either a relatively modest threshold of either a $10M valuation at exit or $10M in revenue.)  Doing the math, this means that 42% of the unicorn founders had previously founded a relatively successful company, vs only 10% of the founders in the control group.

Tamasab was so impressed by this distinction that he called this group of founders “Super Founders” – and selected this name as the title for his book.

It’s also the finding that seems to guide Tamasab’s current approach to investing. While “most VCs have thesis areas on industries, spaces, or ideas they like to see happen and when they pitch an opportunity to their partners,” Tamasab tells me, “they first talk about the ‘what.’ My thesis in on ‘people.’”

“One of the key signals I look for is people who have built, hacked, and sold something of value before, even if that was a small outcome in the world of mega acquisitions and venture capital. I pay more attention to this than whether someone had a big leadership role at a FAANG [Facebook, Amazon, Apple, Netflix, Google] company or a high growth rate in the past month. When I source startup deals, I source people, decide on the founder, and then see what is the idea they are working on.

I’d say the biggest difference for me is to try to not let my preconceptions about an idea, about founder’s background, how large a market is now, or competition, come into the way of backing an extraordinary founder who will go against all those odds (most of which, as the book suggest, are actually not statistically significant, so it’s not even going against the odds, but going against stereotypes).

Ideas change, companies expand to different markets or expand an existing market, competitors come and go, but a Super Founder is resourceful to go and create a giant company in the long-run.

At the end of Super Founders, Tamaseb writes:

I’d add an additional takeaway — the idea that each of us — investors, founders, and others involved in the ecosystem – need to liberate ourselves from the idea that there’s a definitive path towards success.  Even the concept of Super Founders. Remember: 40% of unicorns were founded by someone who was not a previous founder.

There is not a universal archetype of a successful founder.

Of all the popular founder narratives we can leave at the curb, or at least reframe, one is certainly the notion of startups as formed to pursue a life-long mission. Despite the appeal and prevalence of these narratives, many unicorns evolved in a far more iterative and “top-down” fashion: a founder, or founding team identified “a market, a customer type, or a trend and then hunted for problems to be solved.” (The founding of Incredible Health by Dr. Iman Abuzeid – described here – represents a particularly compelling example of how this can work.)

Entrepreneur and investor Elad Gil (he co-founded Color Genomics – see here), quoted by Tamasab, offers valuable insight into why the iterative, top-down approach may be underappreciated.

“I think there’s a lot of founder myths in Silicon Valley that are kind of made up, and one of the reasons they’re made up is because it’s a more compelling story and the press wants to cover founder stories. They don’t want to cover companies. They want to cover the personal connection that the founder had going back, you know, to when they were five years old…”

In other words, narrative bias – bias in the way the media covers startups — underweights the frequency of what turns out to be a remarkably common if unsexy approach of iteratively seeking a market in a top-down fashion.

Some of the confusion may also come because many companies develop missionary zeal for their mission once they discover it – it helps drive the team and the company.

As Gil observes, “belief in mission” can be present from the outset, but “sometimes it comes later as the company is successful and people realize that they’re onto something and then it turns into their life mission.”

As Tamasab astutely recognizes: “You can be opportunity-driven but still love and have a passion for the product you are building or the customers you are serving.”

Indeed, this perspective (as I’ve discussed) is shared by Dilbert creator Scott Adams, who challenges the popular “follow your passion” trope, arguing that in his experience, “success caused passion more than passion caused success.”

At a minimum, this should free would-be founders from desperate vision-quests, anxiously searching for their life-calling.

This is echoed in a Stanford business school study Tamasab cites that asked early-stage VCs what qualities they looked for in investments, and then what qualities distinguished their successful portfolio companies. “Team” was the top answer in both cases, but both “timing” and “luck” also feature prominently — and specifically — in the look back.

Luck, as Tamasab takes pains to emphasize, also includes the privilege and associated accumulated advantage.  He urges us to “acknowledge the role that luck, privilege, and access played in the success of many of these founders,” and specifically highlights examples “like having the privilege to drop out of school or work on building a startup without a salary, rather than taking a safe job to pay back student debt,” or “the privilege of coming from a family that has the right connections.”

Commenting that “while doing this research I could not help but notice the lack of diversity among these founding teams,” Tamasab writes he will “donate proceeds from this book to nonprofits and charitable causes that help with upward social mobility and diversity.”

I hope the rest of us find as much meaning and value as Tamasab clearly has from his thoughtful and considered exploration.