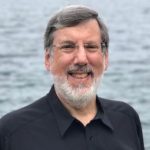 Biopharma leaders have pledged to make their companies more diverse and inclusive. MassBio created an open letter on culture, recruitment, development, sustainability and accountability that has been signed by presidents and CEOs of more than 200 member companies.

Large and small companies have described some of their specific efforts in public. Bristol-Myers Squibb aims to double the number of executive roles for Black and Latinx employees; Biogen has said it will be increasing minority participation in clinical trials, and Sutro Biopharma is working hard to increase diversity within company ranks.

The work to fight racism is showing up in clinical medicine as well. American Society of Clinical Oncology President Dr. Lori Pierce has made “Equity: Every Patient. Every Day. Everywhere” the theme of her Presidency. The American Medical Association has released a plan for ending structural racism not just within medicine, but also within the organization itself.

A pledge won’t transform an industry where BIPOC and Latinx employees are historically underrepresented, but it’s a start. We’re living in a time when many people, especially young people, expect corporations to do more than just maximize the bottom line.

I’m hopeful that these companies and organizations follow through on their words. But the industry could do one thing above all to attack racial disparities in healthcare.

It could make drugs more affordable. Especially for members of the BIPOC community.

I want to applaud the industry for stepping up and taking pledges to do better to address racial inequities in hiring, career development, and representation in clinical trials. This is important work. But it’s simply not enough.

What’s going to have more impact: doubling the percentage of BIPOC employees at your company from three to six percent, or helping tens of millions of BIPOC people obtain the drugs you make?

Let’s not dream small. Why isn’t it possible to do both of these things?

BIPOC Communities are Marginalized by Biomedicine

There are many ways that Black people and other minority groups have been marginalized by the biomedical industry.

Here’s just a partial list of the disparities exposed and amplified by COVID-19 in the past year:

Unfortunately, We’ve Seen This Movie Before

Some of the racial problems in healthcare are outside the control of the biopharma industry. But when the issue turns to race in biopharma, the industry tends to fall back on knee-jerk defenses that do nothing to solve longstanding racial inequities.

Biopharma has some movies I’ve had to watch far too many times. Three examples with comments:

The unaffordable price of drugs has been raised as an issue at least as far back as the Eisenhower administration and the Kefauver-Harris hearings that transformed the FDA in 1962. The industry managed to avoid price controls back then, and it’s beaten back every similar effort since. Our former President promised many times to lower drug prices. He broke that promise.

Venture capitalists are quick to point out that cutting prices would slow the development of new drugs. All of us would love to see a continuous stream of new and truly useful medicines. But what good are medicines, old or new, if patients can’t get them?

People are tired of these finger-pointing, blame-shifting exercises. Each of these special interest groups is there to protect itself, and each controls a small army of highly effective, well-paid lobbyists. Their combined forces would make a worthy opponent to those rampaging legions of Orcs in the Lord of the Rings movies.

The connections between these three industries are deliberately constructed to be opaque and hard for those on the outside to review and understand. For example, “rebate walls” have been set up between drug companies and PBMs. This term refers to contractual arrangements that control the placement of certain drugs on formularies that are used by most healthcare plans. Drug makers can offer higher rebates to the PBMs for any given medicine, or bundles of different medicines. This allows them to “wall off” other drug makers from getting favorable formulary placements for their drugs.

All of these groups should spend a lot less time offloading blame and focus instead on solving the problems of increasing access to medicines, reducing healthcare costs, and improving health outcomes. Mud slinging just promotes the growth of a swampy ecosystem of missed opportunities and wasted money. Everyone’s reputation gets bogged down in the muck and mire.

Life-saving COVID-19 vaccines were produced in record time, along with new and repurposed drugs for combating the pandemic. Many people are grateful for this work. Polls have shown that biopharma’s reputation is trending upward. That’s good news for the industry. Whether this will be sustained is an open question.

This positive movement in favor of biopharma is being counterbalanced in real-time by anti-vaccine forces, most of which are anti-pharma and anti-science. The anti-intellectualism and misinformation promulgated by these groups lingers like a bad cough, even as biomedicine successes continue to pile up.

Biopharma scandals continue, with large fines levied for all manner of offenses. Purdue Pharma is on the hook for $8B for driving the opioid crisis. Novartis agreed to pay $678M for making improper payments to doctors (i.e. kickbacks). Even after admitting this, Novartis was forced to walk back comments made by its chairman, who inaccurately insisted that the company had done no such thing.

Gaslighting is never a good look for an industry leader. Congressional testimony about drug pricing from the CEOs of AbbVie and Amgen was embarrassingly bad, wilting under the tough questioning of Rep. Katie Porter with her “whiteboard of truth.” This confirmed what many in the public already suspect, and which helps drive the anti-vaccine movement: the industry can’t be trusted.

Just as coal, oil, and gas companies need to change their business models because of the threat of global climate change, biopharma companies need to work much harder to ensure their medicines will be available to all those who need them.

The industry’s stance on those issues hasn’t changed in the past decade. But the industry can and must change.

The shifting position on racial diversity, equity, and inclusion is a sign that industry can do better. We need to hold it accountable. Let’s make sure the industry follows through on its promise by doing everything in its power to ensure that the poor, the disadvantaged, and BIPOC and Latinx folks gain access to the treatments and medicines that will enrich and prolong lives.

Stewart Lyman is a biopharma consultant based in Seattle.