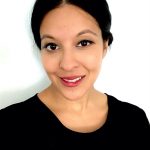 More than half of the U.S. population is projected to be “other than non-Hispanic white” by 2045.

If the current clinical research process doesn’t adapt to these changing population demographics, the life sciences industry will continue developing drugs and devices that are only shown to work for a select few, leaving out the “other half.”

Despite efforts, including those from the U.S. FDA and the Revitalization Act of 1993, which required that clinical trials funded by the National Institutes of Health include women and minority participants, diversity in clinical trials has not substantially improved. At least 83% of research participants are white even as they make up about 67% of the U.S. population. African Americans make up 13.4% of the U.S. population, but only 5% of the people who participate in trials. Hispanics represent 18% of the population but less than 1% of those enrolled in trials.

Participants in clinical trials should reflect the diversity of the population, and not just for altruistic reasons. A lack of representation from minority groups in research has resulted in interventions that have not translated well in the real world. This can even prove harmful in different populations.

For example, 5-Flurouracil, a commonly used cancer chemotherapeutic drug, often exhibits differences in drug response among different populations. A major side effect associated with the drug is the occurrence of hematologic toxicities, including leukopenia and anemia. These toxicities are often found in higher rates in underrepresented populations. Not surprisingly, this fact wasn’t discovered in clinical trials. 5-Flurouracil’s clinical trials were overrepresented with white participants, missing the opportunity to assess the adverse effects in minority groups.

Unexpected safety issues are one of the main drivers of failure in R&D. When data from diverse populations is lacking, additional post-marketing studies are often recommended, adding costs. Yet drugs are still sold, and the cycle repeats.

About 2 million serious adverse events occur each year in the US, and SAEs are responsible for about 100,000 deaths a year, according to the FDA’s Center for Drug Evaluation and Research. We could reduce this toll of suffering and death by more thoroughly testing drug candidates in a representative study population. Instead, we are making drugs for one population. The rest are often not even aware of potentially life-saving clinical research opportunities. Misinformation, politics, money, distance, fear are all contributors to why medicines remain suboptimal. It must change.

Here are three reasons why an inclusive, adaptive, decentralized model for research is the future:

1) Patients demand more. For the first time, the masses experienced remote treatment during the pandemic, and they will continue to expect it. In one survey, up to 98% of patients reported satisfaction with telemedicine. In another, 72% of physicians reported similar or better experiences with remote engagement compared with in-person visits. Indeed, patient-centric healthcare is possible with technologies built of human-centered design principles.

2) The efficiencies are irresistible. The $2.6B+ cost per product for developing drugs is still growing especially where personalization and cell and gene therapies challenge the system. Decentralization breaks from the traditional model to drive costs down by reducing time to market, improving trial efficiency, and enabling better outcomes for a more diverse population. Leveraging hybrid and remote technologies, scientists can test new therapies at pace in smaller but more representative populations without investing in as much brick-and-mortar infrastructure. For instance, community pharmacies and local urgent care centers can become cost-efficient, convenient site locations for certain therapeutics while telemedicine reduces travel and cost burden for patients as well as sponsors.

3) Precision medicine is becoming mainstream. Targeted therapies accounted for just 5% of new molecular entities approved by the U.S. FDA in 2005 but accounted for more than 40% in 2018. That’s great news, but it also makes finding the right patients to fill those niche research opportunities difficult. With advanced technologies now available to include smaller cohorts of patients in these trials, there is an  opportunity to dismantle the current paradigm of clinical research.

Today, three-fourth of companies say they are running “some decentralized trials”, the U.S. FDA is expected to offer new guidance for operating decentralized trials, and 100 industry leaders make up the newly formed Decentralized Trials & Research Alliance (DTRA). Additionally, the continued rise of precision medicine and gene therapies means that diversity in clinical trials is now more crucial than ever to obtain a complete picture of a drug’s safety-efficacy profile.

The industry is at a critical inflection point. Do we continue to make drugs that treat just half of the population? Or do we adopt new clinical research models that enable better outcomes? We are now able to move science from product to platform, creating technological access to medicine for everyone.

It’s an imperative for health equity. Without it, medicine is not made for everyone.