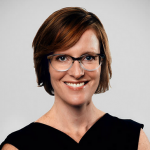 On Friday night, after the Supreme Court’s decision to overturn Roe vs. Wade, my extended family gathered around my mother’s dining table. We were supposed to be there to celebrate my 18-year-old niece’s graduation from high school.

We ended up talking late into the night, discussing the implications of the Court’s majority opinion which will greatly restrict access to safe abortion services for millions of women in the US.

I found myself counseling every woman and girl of childbearing age around that table, some as young as 12, to get an IUD or implant placed now. And to stock up on Plan B, the emergency contraceptive pill, currently available over the counter. Do these things before they, too, become illegal.

We’ve seen this attack on women’s rights coming for a while, but it’s still shocking. When the Supreme Court’s draft opinion was leaked in May, I wrote about how, early in my career as a physician, I took care of a woman in the ICU who ultimately died after seeking abortion care from an unqualified provider.

There is no question that now, in a post-Roe world where abortion will be criminalized but not eliminated, there will be a sharp rise in avoidable deaths of pregnant women. This in a country where maternal death rates are already far higher than most developed nations in the world. Worldwide, 47,000 women die each year as a result of unsafe abortion and an estimated 5 million are hospitalized for the treatment of serious complications such as bleeding or infection, the International Federation of Gynecology and Obstetrics estimates.

This number is now set to rise.

The Supreme Court is showing no signs of holding back. Access to birth control could be next.

Justice Clarence Thomas, in a concurring opinion with the majority, wrote: “in future cases, we should reconsider all of this Court’s substantive due-process precedents, including Griswold, Lawrence, and Obergefell.”

Let’s look at the implications of what it would mean to block access to safe, effective contraception.

The CDC estimates that between 2015–2017, 64.9%—or 46.9 million of the 72.2 million women aged 15–49 in the United States were using some form of contraception. Nearly all women use a contraceptive method in their lifetimes. The most effective methods, IUDs and implants, have a failure rate of 0.1% or lower (similar to vasectomy), making these methods far more effective and reliable than tubal ligation, birth control pills and condoms.

The majority opinion, in overturning Roe, prioritizes the rights of a potential life (the fetus) over an actual life (the pregnant woman), regardless of the quality of that actual life. By abandoning the notion of viability (24 weeks) and not explicitly addressing in the opinion the need for any exceptions to a ban on abortion, including for the health and life of the pregnant woman, one could take the Court’s logic one step further to conclude that anything that ends a potential life is therefore also illegal. The link between birth control and overturning Roe lies in how these devices and medicines work:

IUDs and commonly-used implants release progestin, either locally in the uterus, or systemically in the blood stream, respectively. They prevent pregnancy in three key ways: by thickening cervical mucous and preventing sperm from entering, by suppressing ovulation, and by endometrial thinning that prevents implantation of a fertilized egg.

And therein lies the rub: if life is defined as beginning at conception (fertilization), and anything that ends that “life” is illegal, it is  easy to see how any contraceptive method that works by preventing implantation of a fertilized egg would be swept up into this net. There is a clear conceptual path to see how these birth control methods and Plan B would be outright banned in at least half the country.

As all rights currently protected under the 14th Amendment are re-examined, let’s take this framework a little further: If the existence of life is valued above the quality of life, whatever the cost or collateral damage, what is stopping these same forces from prohibiting a patient with cancer from refusing additional chemotherapy or surgery?

If that patient values quality over quantity of life, if that patient does not want to bear the toxicities of additional therapy and the attendant hospitalizations it might require, but prefers to live their remaining days at home with their family, does hospice care become illegal?

This may sound outlandish, but is it really? Half of the people in this country have just been stripped of that same right.

I am reminded of the story of Shirley Wheeler, the 8th child of a mother who died when she was 13 months old. Shirley was passed off to relatives by her alcoholic father, and at 16, was raped and became pregnant. She carried this pregnancy to term and delivered a baby that was raised by relatives. When she became pregnant again in her early 20s, she obtained an abortion which was illegal at the time. She was convicted on manslaughter charges in 1971 because she refused to disclose the names of clinicians who provided abortion services.

At 23, she was subject to 20 years in prison for this crime, but was instead sentenced to two years of probation by a judge in Florida. But there was a catch: she had to either “get married or go home” to North Carolina where she was born

Let that sink in for a minute. Get married or go home.

In the pre-Roe era, a sitting male judge told an adult woman that she could avoid prison by getting married or going home to her abusive family.

Why should we think the post-Roe era will be any different?

After imperfect but profound progress for women in the US over the last 50 years since Roe was passed, what kind of nation will we now allow this to become? This matters not just to the tens of millions of affected women, but to their families, healthcare in the US which is already buckling under the pressure of broken delivery systems, and to the biotech industry globally.

As leaders in life sciences, we must take action now, before it is too late:

Leverage our talent pool to create new solutions. Leaders in our industry are already talking about creating solutions to match women to needed and available services, streamline travel and obtain financial support. They may also match qualified providers and other volunteers to clinics with staffing shortages.

Make contraceptive and reproductive health devices, services and medicines free to those without the ability to pay, and more accessible to everyone. Manufacturers of IUDs, implants, Plan B emergency contraception, and medicines that safely induce abortion in the early weeks of pregnancy must partner with providers and other stakeholders to make these options available to any woman who needs them. This is particularly important if we consider the possibility of future legislation limiting Medicaid coverage for birth control and related medicines.

Implement policies to support affected women. Provide paid time off and financial support for any employee who needs to travel to obtain reproductive healthcare that is banned in the state where they live.

Withdraw investment in states where bans continue. Do not set up operations in these states. Move headquarters if necessary. Venture capitalists should add a “social impact” parameter to their investment decisions.

Contribute to equity by showing your opposition to the Supreme Court’s action, and by continuing to diversify C Suites and Boards. As an industry we’ve made strides to become more representative and diverse in our leadership. It matters now more than ever. Don’t be silent. Take a position.

I grieve for our nation in my own particular way, with my experience as a doctor, a mom, a daughter all coloring my lens. Those of us who are angry and feeling helpless will rally — together with like-minded, dedicated, incredible people across our industry — to do what we do best: solve hard problems in ways that make people’s lives better and healthier.

We’ve been knocked back, but make no mistake, this doesn’t stop here.

Changing the Balance of Power