Bonnie Anderson is today’s guest on The Long Run. 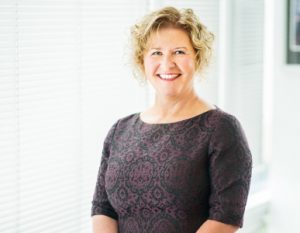 Bonnie is the CEO of Veracyte. It’s a genomic diagnostics company in South San Francisco. The company markets a line of tests for thyroid cancer, lung cancer, and idiopathic pulmonary fibrosis.

Veracyte got started in 2008. Bonnie, as co-founder and CEO, was recruited by Kleiner Perkins Caufield & Byers and a couple other venture firms. The VCs were trying to ride the wave of interest in genomic diagnostics, and wanted to know if a business could be built with unique information from gene expression signatures to guide cancer treatment.

The scientific answers didn’t take long to get. Persuading the medical community and the payer community of the value in the information, and getting them to pay for it? That took a lot longer. This is a familiar story for those who follow genomic diagnostics or precision medicine.

Without a lot of notice, Veracyte has made a lot of progress over the last decade. Revenues were up 34 percent in the third quarter. Test volume climbed 23 percent. The company is getting precariously close to break-even. With three marketed tests gaining adoption from physicians and payers, its market valuation up near a 52-week high, with a respectable $720 million valuation the day of this recording.

Bonnie came to entrepreneurship, and Veracyte, after “retiring” from Beckman Coulter. She learned a lot there about how technologies enable new kinds of biological and medical questions to be asked and answered. As a businessperson, she’s also learned the value of perseverance in getting over the many, many obstacles that make it so difficult to get rewarded for creating new diagnostic tests.

I think listeners will appreciate the perseverance you’ll hear in her voice.

Now, join me and Bonnie Anderson for The Long Run.

From Computational Discovery to a New Psoriasis Drug: Jeb Keiper on The Long Run

From Musician to Tech to Biotech Investor: D.A. Wallach on The Long Run

A New Way to Treat Depression: Barry Greene on The Long Run