Today’s guest on The Long Run is Sheila Gujrathi.

Sheila is the CEO of San Diego-based Gossamer Bio. This immunology drug developer is an example of what I’ve lately started calling an “elephant” startup (see February TR coverage of Maze Therapeutics for another example). 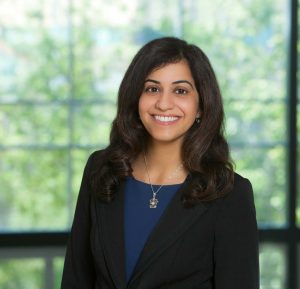 Gossamer was co-founded by Sheila and Faheem Hasnain. They were the dynamic duo that led Receptos until it was acquired by Celgene for $7.3 billion in 2015. They created value there with an oral drug for multiple sclerosis with a mechanism unlike other drugs on the market.

Building off that success made raising money a little easier this go-round. Gossamer received an initial shot of $100 million in venture capital so it could go out and assemble a pipeline of drug candidates. First came the money, THEN, hopefully, the comes the data.

Sheila is an MD by training, and grew up in a family where that was definitely the expectation. She had some crucial early career experiences at Genentech and BMS before she made it big as an executive at Receptos. From that set of experiences, you’ll hear how her philosophy of company building has emerged.

She’s not someone who seeks out a lot of publicity, at least as far as I can tell. She was a little shy at first about coming on the show. But I was glad she agreed. I think you will enjoy hearing her story.

Now, please join me and Sheila for The Long Run.