Today’s guest on The Long Run is Janelle Anderson.

Janelle is the chief strategy officer of Century Therapeutics. This is a company using induced pluripotent stem cells to make off-the-shelf cell therapies for cancer. This is the new dream of cell therapy, as scientists imagine ways to lower the cost and expand access for patients following the first wave of technical success with personalized cell therapies. Last month, the company announced it got started with a $250 million financing commitment from Bayer, Versant Ventures, and Fujifilm. 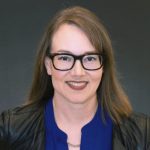 Janelle came to this company through her role at Versant, where her job was to scope out some of the latest science and think about building companies around it. She was born and raised in Canada, got her PhD in chemistry at Harvard University, and surprisingly found herself gravitating to venture capital and startups while at Merck. Somewhere along the way, she combined her interest in science and business with a cool extracurricular activity – a podcast called Human Proof of Concept. That ran for a couple years before she came to Versant Ventures and got immersed in the creation and building of Century Therapeutics.

Now, please join me and Janelle Anderson on The Long Run.