Today’s guest on The Long Run is Tim Springer.

Tim wears many hats. First and foremost, he’s a scientist. An immunologist to be specific, at Harvard Medical School. He’s best known for his discovery of integrins, a class of transmembrane receptors. 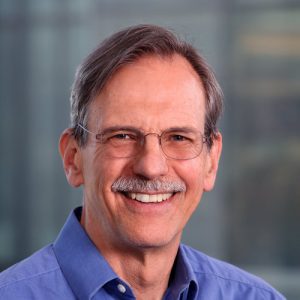 Now in his early 70s, Tim recently won the Gairdner Award, sometimes called the Canadian Nobel. The prize committee cited Tim for his:

“Discovery of the first immune system adhesion molecules, elucidation of their roles in antigen recognition and leukocyte homing, and translation of these discoveries into therapeutics for autoimmune diseases.”

Scientists out there, are you thinking the same thing I’m thinking?

Integrins have long tantalized drug developers, ever since some of these properties became better understood. Biogen’s natalizumab (Tysabri) is one very effective drug for multiple sclerosis, aimed at an integrin target. Takeda’s vedolizumab (Entyvio) is another integrin-directed antibody that took many years to blossom, but is now a billion-dollar blockbuster for ulcerative colitis and Crohn’s disease.

But Tim is more than a trailblazing scientist. He’s also an entrepreneur. He made a fortune in the 1990s from his founder’s shares in Leukosite, a company acquired by Millennium Pharmaceuticals. More recently, he’s co-founded a pair of Boston-area startups that have gone public – Scholar Rock and Morphic Therapeutic. Almost as an afterthought, he made a shrewd early investment in Moderna, the messenger RNA therapy company.

Lastly, Tim founded a nonprofit venture, the Institute for Protein Innovation. He hopes this open biology entity will advance the field of protein science, which often lags behind nucleic acid biology – DNA and RNA – in fame and funding.

He’s also a rock collector. If you listen toward the end, he explains.

Please join me and Tim Springer on The Long Run.