Alexis Borisy is smart. As in high IQ.

But there’s more to biopharma than that. 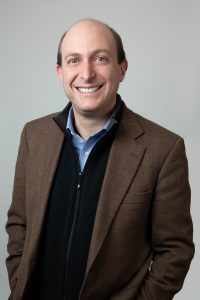 Some old wisdom is part of what’s driving Cambridge, Mass.-based EQRx. The company, started by the former Third Rock Ventures partner and backed by $200 million of “smart money” in a Series A venture capital round, has plenty of IQ. The industry has no shortage of that.

What’s different is that EQRx sees – and is seeking to attack — the weak underbelly of biopharma industry EQ, as in emotional intelligence quotient.

Not only has the industry committed many egregious pricing offenses over the past couple decades, there are standard operating practices (opacity on prices, de facto permanent patenting strategies, shady stalling of generics and biosimilars to name a few) that scream of arrogance and amorality.

Tone-deaf for too long, the industry needs to do better by patients. Pitchforks are out, rightly.

The founders, and investors, in this startup are well aware that drug discovery is entering a golden age. But price gouging has damaged the industry’s standing so much that it just might kill the golden goose.

That would be dumb.

The idea at EQRx is to use the bursting knowledge of biological targets and new treatment modalities to make fast-follower patented drugs that are sold at radically cheaper prices – maybe 50, 60, 70 percent cheaper than others in a given class.

Borisy, 47, the former partner at Third Rock Ventures, believes the latest science and technology tools can be connected to a new biopharma business model that society can live with. He has the credibility to take on this task. (See July 2018 analysis of the TRV public portfolio). He was the founding CEO of Foundation Medicine and Blueprint Medicines, and has his fingerprints on more portfolio successes.

There’s a window of opportunity to undercut first-movers on price to that extent, and still make a lot of money “a ton of money” for investors, Borisy said. There’s reason to believe a pharma company making what he calls “equivalars” – new chemical entities that are equally good, or slightly better, than first-movers in a category – but which could still fetch 80 percent gross margins.

During an interview last week, Borisy was enthusiastic – more passionate than I’ve ever heard him in the dozen or so years I’ve known him – about creating new drugs with fast and lean development plans. About forming productive working relationships with payers and providers and cost-effectiveness research outfits like ICER. About recruiting smart drug hunters, computational people, and business thinkers willing to reinvent musty old models. About raising tons of capital beyond the original $200 million to accomplish an audacious objective of rolling out a first drug in five years, then 10 drugs in a decade, and dozens and dozens more within 15 years.

He kept making analogies to JetBlue and Amazon. These are companies in quite different industries. Both found flab in their industries, ruthlessly cut into it, passed on savings to consumers, lived on narrower margins, and still built thriving businesses.

For a guy who loves science, and has thought about traditional company-building for so long, low-cost drugs may sound like heresy. If even faintly successful in the next five years, it would invite the full competitive wrath of entrenched companies with billions of dollars on the balance sheet. There are easier things to do in life.

But while taking some time off at his Cape Cod house to chill out after his run at Third Rock, Borisy said this was an idea that he couldn’t shake. 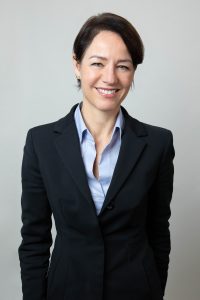 “I tried to put it down, but couldn’t,” he said. He invited friends over to talk, to flesh out the idea, think about who would need to be involved, and what it would take. Melanie Nallicheri, formerly the chief business officer at Foundation Medicine, was one of those people. She’s now the president and chief operating officer.

Why, I asked Borisy, would he go all-in on this?

A few of the key decision-makers involved are:

When I asked Borisy if there was hesitancy among investors about putting money into a company that’s explicitly about showing self-restraint and charging less than it could for new medicines, the answer was No. Some investors who wanted in couldn’t get in. At least for the A round.

Essentially, VCs are watching the political tea leaves carefully, and see candidates having a lot of success railing against drugmakers, as part of the rationale for a Medicare-for-All program. The kind of price controls that would be necessary for such a program are anathema to many biopharma investors.

But a market-based company that undercuts complacent incumbents who are overcharging?

“We are fitting the zeitgeist of the moment,” Borisy said.

Borisy wasn’t saying exactly which sub-category has jumped to the top of the development list, but oncology is one category ripe for price competition. Rare diseases is another possibility. Small-molecules and certain kinds of biologics can be made quickly at miniscule costs, making these the modalities of choice for disruption.

To get further perspective, I corresponded with GV partner Krishna Yeshwant and Peter Bach, the director of the Center for Health Policy and Outcomes at Memorial Sloan Kettering Cancer Center in New York, and a prominent critic of pricing abuses.

To give TR readers a little extra context, I’ll run these exchanges in mini Q&A form below.

Timmerman Report: Was this an obvious investment for you, or did you have to get over some hurdles before writing the check?

If so, what persuaded you to go in? 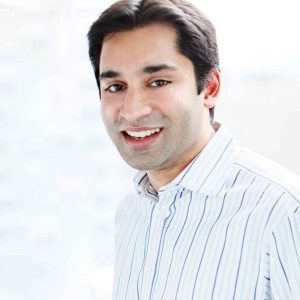 Krishna Yeshwant: I think when many people think of GV investing in healthcare they think of Health IT and Digital Health working in the payor/provider world (which we are active in of course), but as you know we have additionally been very active in biotech.  I’ve long found that the people in each of these groups don’t know each other. The people working in biotech venture and entrepreneurship don’t go to the same conferences as the payor/provider oriented investors and entrepreneurs and, with a few exceptions, generally wouldn’t be able to identify one another if they were in the same room.

I was excited by EQRx because I loved the idea of connecting Alexis to the payors and providers who we’ve worked closely with for years via the payor/provider side of our investment activity. I wanted to be part of brokering the conversation between these two huge parts of the healthcare industry. My hope is that through this company we can move what has been a zero sum negotiation towards a more productive partnership.

Basically, it was obvious because we wanted to work with Alexis, and wanted to work to realign these parts of the industry. But [there are] many controversial points as well – as is the case for all of our most exciting companies.

Timmerman Report: Why did you decide to get involved?

Peter Bach: A lot of factors, but I think the twin theses behind EQRX are promising.  New drugs in proven classes can plausibly be developed pretty efficiently nowadays, and although the current drug distribution and payment system is mostly upside down (higher prices can lead to greater market share), I think we are at a potentially transformational point, because the people actually paying the bills (taxpayers, patients, employers) are singling out specialty drugs as a pain point. So if we can get a compelling economic opportunity in front of them then maybe this creates the demand the rest of the system will require to change into one focused on delivering cost savings when they are available, and reward lower cost entrants with larger market share.

LT: I might be wrong, but I don’t suspect you have many industry involvements (given your vocal criticism of high drug prices). Were you skeptical at first when approached by EQRx?

PB: I don’t have a lot of industry involvements, but I very much think my professional life is intertwined with the industry. I know how I think we should prioritize or regulate prices and to what extent access should be the metric of success rather than FDA approval might diverge from many in the industry (and I am not shy about highlighting these differences), I don’t intrinsically doubt the motives of participants in it. So I think I approach every conversation with an openness to further understanding, and in this case the proposition really aligned well with my priors regarding what opportunities had arisen that could actually play some small role in transforming the market at least towards one where lower prices of drugs enabled garnering of market share, rather than impeding it as a lot of evidence suggests is the case today.

LT: How did the principals persuade you to get involved?

PB: I have known Alexis and also Krishna for a long time, this wasn’t about persuasion it was at least from my end a convergence around a common set of perceptions and motivations, and complimentary skills and experience.

LT: What do you hope to accomplish by working with this company?

PB: I don’t approach things like that. I have always pursued opportunities because I think they are interesting and challenging, will give me a chance to both learn new things and employ the knowledge and skills I already have towards important objectives that will have positive spillovers for others, and frankly be around people I like.  Going into government met these standards, so did becoming a doctor, and I gauged that EQRX did as well.

LT: Do you think one company can provide enough market force to bring real downward pressure on prices, or is it going to take multiple companies following this sort of model to actually bend the cost curve down?

PB: I honestly don’t know, but because it is you, I will fall back on “the longest journey begins with a single step.” 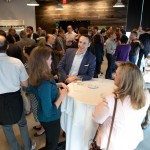 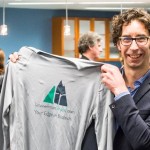