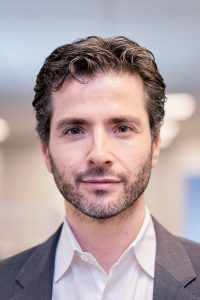 [Editor’s Note: this is an excerpt from “The Great American Drug Deal.” The book is now available on Amazon.]

It’s hard to know when actual prices for a particular drug really do go up, because there is so little transparency in pricing. A lot of the public discourse on pricing is based on “list prices,” which no one – neither patients nor payers – actually pays.

As is the case with cars and anything on Amazon, everything is always on some kind of sale or subject to discounts of one type of another.

In the world of pharmaceuticals, these discounts are called “rebates” and often take the form of payments from the drug company back to the insurer. The particulars of a rebate that a drug company offers to an insurer – its magnitude and how it varies according to market share – are kept confidential, essentially based on the age-old sales tactic of “Because you’re special, I’ll give you a special price, but don’t tell the other guy.”

Pharmacy Benefit Managers, or PBMs, are the companies who negotiate with drug companies on behalf of payers (and some PBMs are actually owned by insurance companies, so one canthink of them as just agents of payers), and – importantly – retain a portion of the rebates that pass through them. In effect, PBMs profit from the very high list prices they purport to heroically negotiate down. A biopharmaceutical company offering a lower list price without a rebate would threaten the PBM business model, so PBMs discourage the tactic by not rewarding it. Instead they encourage drug companies to keep publicly known list prices high and give an ever bigger confidential rebate to the PBM, from which the PBMs siphon off their own rent before passing on the lower net price to the payer while boasting, “behold what I have negotiated for you!”

Let’s take a closer look at the numbers to see how all this works (or doesn’t).

In 2018, although list prices for branded drugs increased by 5.5 percent, net prices (what drug companies actually get after discounts and rebates) were essentially flat compared to the year before, having come in nominally 0.3 percent higher, though really lower when adjusted for inflation. So increased prices of some drugs were more than offset by the savings from other drugs going generic. Indeed, total spending (what the US is paying, in total for drugs) is increasing, by about 4.4 percent in 2018 from the prior year, but it’s because more patients are being treated. That should be good news. That’s what progress looks like!

Of course, none of that matters if you are a patient who can’t afford what your physician prescribes—and there are all too many people out there who can identify with this. A major part of the solution requires lowering or eliminating out-of-pocket costs, as discussed in Chapter 4, but it’s worth exploring just how much waste there is in the middle zone between drug companies and patients due to payers’ and PBMs’ tactics.

In 2018, US drug spending based on list prices was $479 billion, yet net drug price spending was $344 billion, approximately 28 percent lower. That means that, even if we stuck to “cost sharing” but simply linked what patients pay to net prices that PBMs negotiate instead of list prices, patient costs would be reduced by 28 percent, saving around $17 billion of the $61 billion in out-of-pocket costs Americans paid in 2018.* Insurance companies and Medicare count on that $17 billion extra from patients to pad their own budgets, allowing them to charge slightly lower premiums/taxes, a perverse kind of insurance policy since it means that the sick subsidize the healthy.

Realistically, being able to negotiate secret rebates is a useful tactic for playing drug companies off one another, as PBMs have done with Gilead, AbbVie and Merck to drive down the cost of hepatitis C cures in recent years. However, right now, some patients are increasingly bearing an unfair burden, and most Americans are being misled about the true costs of important medicines.

To understand why and how, let’s begin with a quick rebate primer.

Rebates and How they Impact Patients

Now, imagine that a car dealership decides to cut out the middleman and list those same cars at $30,000, the same amount the dealership would have received after giving discounts to agents. That would be cheaper than going through an agent since you haven’t to pay the $2,000 fee. That agent won’t direct buyers to that dealership because their prices leave no room for the dealership to offer any discounts, which means the agent won’t earn her commission. If anything, agents will encourage dealerships to raise their list prices, either directly or tacitly. If the agent can pressure the dealership to raise the list price of  that car to $50,000, the agent will be able to negotiate it down by 40 percent to $30,000, earn a $4,000 commission, and come out looking like a hero to the buyer, though the car would now functionally cost $34,000!

This is what’s going on in the drug industry, and it is a big reason why list prices are increasing. The question, of course, is why don’t biopharmaceutical companies bypass the PBMs and sell their products directly to insurance companies? Yes, any company that did  so would be ostracized by the agent community, but why should that matter?

The unfortunate truth is that as PBMs have grown, they have amassed wide influence. They have entrenched themselves as middlemen with massive bargaining power, which stems from how concentrated the PBM market has become. The top three PBMs, Express Scripts, CVS/Caremark, and United’s OptumRx, represent 80 percent of the PBM market and serve insurance plans covering half of the US population.

So, what’s the big deal? PBMs keep a piece of the rebate, but at the end of the day, they are saving patients money, and that’s what matters….right? And that’s the problem: saving patients money matters, but this system doesn’t actually do that. Though rebates save money for society as a whole, currently rebates actually increase the true share of costs patients shoulder.

The Battle for the Soul of Biopharma: Peter Kolchinsky on The Long Run
Insurance Reform, Not Executive Orders, Is the Best Tool to Protect U.S. Patients and U.S. Pharmaceutical Innovation
The Remdesivir Pricing Letter Gilead Should Have Written
COVID-19 Teaches Us the Real Definition of a ‘Novel’ Drug