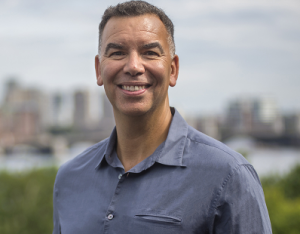 [Editor’s Note: a version of this essay was published on Martin Luther King Jr. Day on LinkedIn, and has been edited and republished with permission of the author.]

On this day where we celebrate Dr. Martin Luther King, I thought I’d share a few thoughts about race.

I’m fascinated with how race/ethnicity impacts how we interact with each other. Always have been, from my upbringing in Los Angeles, to my career as an executive and investor in biopharmaceuticals, to my role as founder and chairman of Life Science Cares, an organization that tries to make the world a better place for people of all races who are impacted by poverty. Regardless of our life’s journey, we all have our racial biases, so please indulge me this chance to share some of mine.

My perspective is an unusual one. I’m kind of a racial undercover agent. I’m a person who identifies as African American, mainly because my mixed-race parents originate from the south (New Orleans) which was segregated at the time. In those days, if you had even the slightest bit of “negro” blood, you were classified as “colored”. That meant segregated schools, bathrooms, movie theaters, institutional racism and economic disadvantages, racist police…the whole nine. The genetic facts say that I am actually ethnically mixed, more of a gumbo (the dietary staple of Louisiana Creoles) of genetic roots, with ancestors from Africa, Western Europe, and a little of just about everything else (including Ashkanazi Jew…L’chaim!)

While my parents experienced overt racism during their formative years, my experience was different. More subtle, but still significant in shaping my point of view on my place in society, and how I relate to others who are different.

Although my family has always proudly identified as black, I don’t look it. I’m light skinned, with hazel eyes, married to an extraordinary woman who is a child of first generation Italian/German immigrants, and I have a Spanish surname. People usually mistake me for Cuban, Puerto Rican, Caucasian. Rarely (if ever) do people see me as an African American.

So to say I have an unusual perspective into how race is lived in America is an understatement. I’ve often said that my life is like the old Saturday Night Live skit, where Eddie Murphy goes undercover as a white person, to get a behind the scenes look at what real life is like in white America. There’s the moment when he’s bewildered that the mortgage broker he’s meeting insists on giving him money to buy a house. No need to check credit history for a white guy! Just take the money!

It’s funny, but more like tragicomedy. Like some of the best comedy, it tells us something true about our world that is otherwise hard for us to see.

Like the Eddie Murphy character undercover, I’ve seen Americans as they really are…with their guard down. Suffice it to say that, on occasion, it can be really ugly. Not all the time, or even most of the time, but enough to give me a sense that what many Americans (even educated Americans) of all ethnicities want us to believe about their views towards people of different races, are not always what they seem.

That’s why on this day of seemingly everyone posting their love and admiration for Dr. King, I admittedly pause and wonder how much of his philosophy they really appreciate, accept, or even take the time to understand.

I wonder what Dr. King would think of the present day “moderates” of all colors, who disapprove but ultimately accept the racist, xenophobic and divisive principles espoused by some in power, in order to benefit from policies that serve their own economic, religious or social interests.

America, since its founding, has been at best a contradiction, at worst outright hypocrisy, when it comes to race. It is well documented that when Thomas Jefferson wrote the historic words of the Declaration of Independence, “…We hold these truths to be self-evident, that all men are created equal, that they are endowed by their Creator with certain unalienable rights, that among these are life, liberty, and the pursuit of happiness,” he not only owned slaves, but is believed by some to have been served by one of his slaves at the very time he was committing these words to paper!

That’s like finding out the author of the definitive text on being a vegan was holding a Big Mac as he wrote the book.

Our willingness to excuse, overlook or trade-off the oppression of others solely because of the color of their skin, especially if it benefits us economically or socially, is as American as baseball and apple pie.

Many people remain comfortable with this cafeteria approach to racial oppression. As Jefferson said, “Justice is in one scale, self-preservation in the other”, or in today’s words, “I don’t like some of this leader’s words and actions, but I vote for him because I think the country is better off on the whole.”

For many people of color, there is no trade-off/choice. The country isn’t better off when one of the consequences of that choice calls for the inequality and dehumanization of an entire race. Those in power can claim it’s not personal, it’s just politics. The person who swings the baseball bat may not think it’s personal, but to the person who takes the Louisville Slugger to the head, it’s hard to see it any other way.

We have many issues of great import in our country which people can debate, analyze and compromise. Fiscal policy, health care, even gun control, are all issues that allow for nuance and tolerance of different views. To me, bigotry, on the other hand, is more of a litmus test issue. If even a small part of your political agenda calls for treating me and others as less of a human because of the color of my skin, my country of origin, whether I have a penis, or the gender of the person I love, there is no way I can look past that point of view to find common ground with you on other issues.

In this time of extraordinary division in our country, and with an election season looming, I fear that identity politics and subtle bigotry will continue to be used to garner support. Fear of the inevitable restructuring of our society as a more diverse, brown, ethnic US is, IMHO, inherently threatening to many who have enjoyed the historical (“natural”) order of things, even if they did not participate actively in the ugliness that made it that way. It is my great hope that we will take more time to seek to understand each other on issues of race, and appreciate the deeply personal nature of its impact on all of us.

Since it’s the order of the day, I’ll leave you with one of my own favorite quotes from Dr. King.

Biopharma Can Dig Deep and Fight Hard Against Injustice. Here’s How
Biotech Can Help the Most Vulnerable. Here’s Are a Few Ways

From Hoop Dreams to the Biopharma Big Time: Rob Perez on The Long Run
Five Things That I Think I Know About (My) Happiness