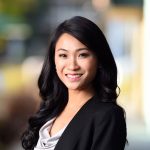 A week ago, I wrote an article for Timmerman Report on Singapore’s COVID19 response, and how the country has kept its cases low with no COVID19-related deaths.

In that article on Mar. 19, I elaborated on how Singapore had not ordered any businesses to shut down. Instead, the country had kept the number of cases low over the last few months through early and aggressive targeted containment policies, which were reinforced and implemented with high efficiency before cases surged.

That’s all changed in one week.

Literally a day after my article was published, it was announced that two patients (a 75-year-old female, and a 64-year-old male) died in Singapore from COVID19-related complications. Not unexpectedly, the country is now facing a second and larger wave of case spikes. The main reason for the surge in cases is coming from Singaporeans and long-term residents returning home from the UK and US, where uncontained outbreaks have clearly been raging for weeks, largely undetected. At this point in writing, Singapore has reported a total of 732 confirmed cases in the country – more than double from 313 a week ago.

A little blurb on Singapore, this small, densely populated city state: we gained independence from our British colonial masters in 1946 after WWII and Singapore joined the Federation of Malaysia in 1963. In 1965, Singapore was expelled from the Federation of Malaysia as a standalone country with absolutely no natural resources, not even a clean water supply of its own. Every Singaporean grows up being intimately familiar with the famous historic scene of our former Prime Minister Lee Kuan Yew shedding tears into a piece of tissue when he announced the separation of Singapore from Malaysia as he had grave concerns for the survival of the island state.

I often hear my tourist friends complain that Singapore is “boring,” that there is nothing else to do in the country other than walking down Orchard Road, the shopping mecca of the country lined with gigantic shopping malls, one after another.

To them I calmly say: as you look around these ridiculously clean surroundings, which some criticize as “overly sterile,” please bear in mind that you are in fact standing on the ground of a miracle of an economy. Within a few mere decades, Singapore transformed itself from third world to first world. It is now one of the highest-ranking countries in the world in terms of GDP per capita. All that with zero natural resources.

That also means one thing: the country’s service and trade-dependent economy is all it has to ensure its survival and prosperity. The economy is its bloodline. Officials there think very carefully about how to best balance public health and the country’s economy.

Singapore’s Hybrid Model: Not (Yet) a Full Lockdown, But “Don’t Play Play”

In view of the second wave of case spikes in late March, Singapore took tough new steps to curb coronavirus spread. There are two specific objectives. One is to isolate and reduce imported cases. The second is to slow down community transmission.

Singapore is an important transportation hub, with a significant fraction of its GDP generated from its airport and shipping ports. Last week, the government took the painful step of shutting its borders to all short-term visitors. Only long-term work pass holders working in essential sectors such as healthcare and transportation are allowed re-entry into the country.

As for Singaporeans and Singaporean Permanent Residents returning home from abroad, every single returnee is made to serve a 14-day isolation notice – with no exception. In particular, Singapore residents returning from the UK and the US are taken from the airport to designated hotels directly with special transportation arranged by the authorities to minimize their human contact during the commute. Accommodation and all meals are to be provided for by the government.

There is a common Singlish lingo used by us Singaporeans, known as “don’t play play,” which literally means “don’t mess around with me.” Consistent with that spirit, the Singaporean government means it when they serve you a 14-day stay home (or hotel) notice. Spot checks are done via text messages, video calls and surprise visits. People can choose to wait for two weeks before heading out to their favorite chicken rice stall, or face jail time of up to six months and/or up to a $10,000 fine in Singapore dollars. In just a few days, 89 work passes have already been revoked by the government for flouting stay-at-home notices.

Singapore’s multi-ministry COVID19 task force has announced mandatory closures of bars, cinemas and all other entertainment outlets from Mar. 26 to Apr. 30. These are the island state’s most draconian measures yet. The order also include suspension of tuition centers, religious services, and gatherings of more than 10 people.

Is the country now considered to be in “lockdown” or even a partial lockdown? No. Schools have thus far remained open. Restaurants have been required to create more space between patrons, but they do remain open. Working-from-home is not mandatory, but has become the norm. Except for those served stay-at-home notices, other residents are not required by law to stay at home.

In a typical Singaporean fashion, even in the absence of a lockdown, the government is unmistakably serious about its social distancing measures. One just need to look at the headline splashed across Singapore’s Straits Times (the country’s most dominant media channel) yesterday:

Not surprisingly, given the various forms of lockdown/shelter-in-place in various cities around the world, people are questioning if Singapore should be more strict, and start enforcing a full lockdown immediately.

When asked that question at a press conference on Mar. 24, co-chair of Singapore’s COVID task force Lawrence Wong explained that Singapore’s measures have been designed, right from the beginning of the COVID19 crisis, to be meted out in tiers and in response to close monitoring of fast evolving risks.

The intent of the Singaporean government has always been, from the beginning, to introduce targeted containment measures early, swiftly and decisively so that the country will be able to nip the spread in its bud without triggering an emergency lockdown that will bring the country’s economy to a halt.

BUT, before I go any further, let me emphasize that this decision was taken by Singapore in January when the world first heard of COVID19. Most parts of the world ignored it at that time.

To put things in perspective, Singapore currently has, since the first reported case in January, a total of only 732 confirmed COVID19 cases, and two COVID19 related deaths. The magnitude of the COVID19 crisis in Singapore, even with the second surge (and adjusting for population), does not come close to the crisis that’s unfortunately occurring in the United States. Since the world first heard about COVID19 in January, the US has largely responded with delays and inaction. As of this writing, the US now has the most confirmed cases in the world — more than 87,000 — exceeding both Italy and China. More than 1,300 Americans have died, and the numbers are increasingly rapidly every day.

So, please, my dear American friends, please do not point to my beloved country Singapore as an exemplar of how to best balance public health and economic prosperity.

Yes, Singapore has managed to keep its schools and businesses open, economy running AND cases low. Some people argue that the US can do the same. But that’s impossible. The reason is that, simply, for many parts in the US, such as New York, it is too late: we have lost the window of opportunity for less drastic measures. A virus that spreads with exponential speed, and which has been spreading nationwide without containment for weeks can no longer be contained. It can only be mitigated with the kinds of extraordinary physical distancing and shutdown measures that are currently being employed in a number of states and localities. However, some of the other strategies deployed in Singapore may still be applicable and useful in the US, which the following sections will describe.

Saving Lives with the 3Ts: Test, Track and Treat

While the world awaits a prophylactic vaccine, the “3Ts” approach of test, track and treat remains the gold standard. Singapore is throwing its weight aggressively behind these efforts.

Last But Not Least, Saving Livelihoods

Returning to my earlier introduction of Singapore, with no hinterland and no natural resources, Singapore’s trade-dependent economy is the country’s lifeline. Deputy Prime Minister Heng Swee Keat announced an unprecedented COVID19 Resilience Budget of $48B Singapore Dollars package to carry the country through this difficult time. Another $17B Singapore dollars in stimulus will also be drawn from Singapore’s past reserves, increasing this budget to 11% of the country’s GDP.

I am not an economist, so most of the finer technical details were lost on me as I watched the parliament session in which this budget was worked out. What did catch my attention was:

The Worst is Not Over

I said it last week, and unfortunately I will have to say it again: the worst is not over – not for Singapore, and certainly not for the US or the rest of the world.

May the strong carry the weak, may the wise lead the way for the masses, and may the masses stay on their couches, for now.