Today’s guest on The Long Run is Rosana Kapeller.

She’s the president and CEO of Cambridge, Mass.-based ROME Therapeutics.

ROME aims to discover and develop drugs based on emerging science in what is sometimes called the “repeatome.” 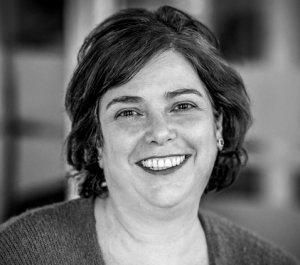 These are long repeat stretches of DNA that scientists until recently knew very little about, and still have a lot to learn about with regard to its function. ROME made its official debut in April with a $50 million Series A financing from GV, Arch Venture Partners and Partners Innovation Fund. The stated plan is to interrogate this territory to look for new targets to treat cancer and autoimmune disease.

Rosana was born and raised in Rio de Janeiro, and went to medical school there before coming to the Boston area to do her PhD in molecular and cell biology. She got in early at Millennium Pharmaceuticals, was there during its rise to prominence in the first genomics boom, and then took on increasing roles of responsibility at a couple of startups – Aileron Therapeutics and Nimbus Therapeutics.

She has serious science and technology chops, and is now learning to adjust to the new role of being a CEO.

Rosana is a warm person and has a wonderful laugh, which you’ll hear from the start. This is an enjoyable conversation with a consummate scientific entrepreneur.

Now, please join me and Rosana Kapeller on The Long Run.

The Long Run with Luke Timmerman · Ep75: Rosana Kapeller on Drugging the Repeatome

Are you a fan of The Long Run podcast? Trying to raise awareness of your company, your organization, or your services with a high-powered crowd of entrepreneurs and venture investors who listen to The Long Run? My business representative, Stephanie Barnes, can tell you about sponsorship opportunities of this show. But first, tell me about your company in a brief email – luke@timmermanreport.com.