Today’s guest on The Long Run is Jennifer Petter.

She is the founder and chief scientific officer of Waltham, Massachusetts-based Arrakis Therapeutics.

Jennifer is a medicinal chemist who has spent her career thinking about how to make small molecules with all the classic Lipinski “Rule of 5” characteristics against protein targets. 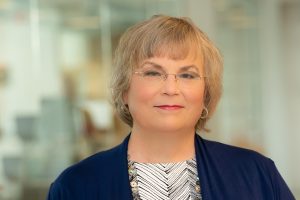 Five years ago, when she was looking for a new entrepreneurial challenge, she attended a Gordon conference. She saw a couple scientific presentations from Matt Disney at Scripps and Kevin Weeks at UNC Chapel Hill that gave her an idea. Might it now be possible to make small molecules against RNA targets?

She was inspired to get going on building a new drug discovery platform at what we now call Arrakis Therapeutics.

Arrakis took this work up several notches this spring, through a new partnership with Roche. The big drugmaker, seeing the possibility for creating multiple small molecules against RNA targets, agreed to pay $190 million upfront to Arrakis to work together on making it happen. Arrakis also recently described its work in detail in its first peer-reviewed publication in ACS Chemical Biology.

Jennifer also used to identify as a man, and was known as Russ Petter. She came out publicly as transgendered in June 2018. CEO Mike Gilman wrote about it on the company blog.

In this conversation, we spent the first part talking about Jennifer’s early life and key steps in her career leading up to her current work at Arrakis. At the end, we talked about her gender transition and how she handled that in the workplace. I think my questions are a little awkward, but it’s OK because the situation was awkward for a lot of people. It’s old news, but I think Jennifer has some timeless thoughts on handling the situation with grace.

Now, please join me and Jennifer Petter on The Long Run.