Today’s guest on The Long Run is Daphne Koller.

Daphne is the CEO of South San Francisco-based insitro. The company is seeking to develop a new platform for drug discovery that leans on a combination of wet labs and machine learning algorithms to spot new biological targets for drug discovery. 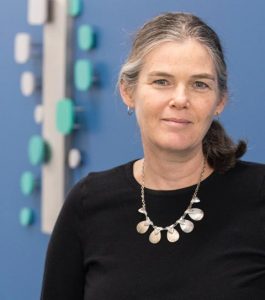 Artificial intelligence and machine learning have been stirring imaginations in biopharma, and generating more than a little hype, for a few years now. Smart people who know how complex drug discovery is, are pining for something to make drug discovery less risky, less time-consuming, and less expensive. Insitro represents one of the prominent wagers in the AI for drug discovery category, as it raised a $143 million Series B financing in May led by Andreessen Horowitz, and which included earlier investors like ARCH Venture Partners, Foresite Capital, GV, and Third Rock Ventures.

Daphne comes to this challenge with a fresh set of eyes. She was a math prodigy as a kid. She became a tenured professor of computer science at Stanford University. She became a successful entrepreneur, co-founding Coursera, the online learning platform. But when it came time to find challenging new problems to solve intellectually, and important problems to solve for humanity, she decided that tackling disease was the place to be for her next act.

We talked about her journey, and some of the key aspects of her strategy to make insitro succeed in this new frontier.

Now, please join me and Daphne Koller on The Long Run.

Partnering in a World of Scientific Abundance: James Sabry on The Long Run

Writing with DNA at Scale: Emily Leproust on The Long Run