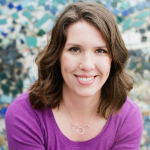 It’s worth looking back on what is known about the SARS-CoV-2 virus, which was first detected in the US in mid-January, when a man traveled from Wuhan, China to Seattle.

Nearly 10 months later, a tremendous amount of knowledge has been gathered about the virus, how it is transmitted, and the disease symptoms it causes.

We know, for instance, the risk factors that are associated with severity of infection, such as being elderly, or having certain pre-existing conditions like Type 2 diabetes. We are beginning to understand all the ways the virus can be transmitted, particularly through the air. And yet, much remains unknown about the virus, particularly its impact on the body at the molecular level. 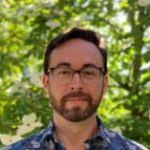 In our quest to gain a deeper understanding of the molecular and cellular pathology of the disease, investigators have been leveraging every tool and platform available. Applying spatial biology – a strategy for profiling the distribution of cells and molecular pathways within tissues – to samples collected from patients who died from the disease, represents a powerful way to understand at a local level how the virus is reshaping infected tissue and the subsequent immune response.

Our company, Seattle-based NanoString Technologies, recently hosted a virtual Advancing Spatial Biology Conference to feature the work of investigators who are using the company’s GeoMx Digital Spatial Profiler to address a variety of research questions. One of the tracks was dedicated to studies that addressed the impacts of COVID-19 in the lungs. Although the data are still early, the collective results presented by these investigators reveal insights into the underlying biology of the virus and will guide development of therapeutics, supportive care, and vaccines.

Some of the major findings from these studies are summarized below.

The GeoMx technology enables simultaneous profiling of 60-90 proteins, and up to 1800 RNA transcripts (today), from multiple regions of up to half a millimeter in diameter within a tissue section with a profiling area of 14×36 mm.

Capturing this much data, in spatial context from a tissue sample, enables the use of data analysis methodologies suitable for high-plex data to create a deep understanding of how the infection manifests in different patients.

What might be driving this? Partly, the diversity is driven by different courses of the disease that are observed for each patient. Some people succumb rapidly to infection and pass away shortly after diagnosis and presentation in a hospital. These people tend to have evidence of active viral replication and strong interferon response.

Other people have a longer course of disease. They may survive the initial diagnosis but then die from secondary effects of the infection such as inflammatory cytokine storms or other dysregulated immune responses. The lung tissue from these patients tends to be characterized by more tissue repair signaling pathways, perhaps as the lungs attempt to heal themselves.

However, this dichotomization is not universal, so there must be other as yet unidentified causes of the diversity. Viral load may be one contributing factor. Intriguing data presented by Gordon Jiang from Beth Israel Deaconess presented showed that the levels of 5-lipoxygenase, an enzyme involved in the production of inflammatory leukotrienes, is expressed in proportion to viral load.

Despite this inter-patient variability, there were some common patterns of expression, especially in the immune response. Certain innate immune cells, such as macrophages and neutrophils, are activated by the virus and robustly recruited to the sites of viral infection early in the course of disease. The type I interferon response, part of the body’s first line of defense against viral infection, is consistently one of the strongest upregulated pathways.

This suggests that therapeutics targeting these pathways and currently in clinical trials, such as baricitinib, the JAK1/2 inhibitor developed by Lilly that blocks production of interferons, may be effective at tamping down runaway inflammation early in infection, if given in combination with antivirals to control viral load, such as remdesivir, or therapeutic neutralizing antibodies in development. Intriguingly, data presented by the keynote speaker, Dr. Peter Sorger from Harvard Medical School, suggested that similar pathways may also be upregulated in non-human primates infected with COVID-19.

It is also abundantly evident that the virus is impacting both the immune response and altering the underlying tissue architecture. Regions of the lung with high viral load are characterized by hyaline membranes, sheets of dead cells, surfactant, and proteins that are associated with acute respiratory distress.

These hyaline membranes can be visualized on tissue sections and are accompanied by hyperplasia (excessive growth) of type II alveolar cells. This is a key cell population in the lung that is a progenitor for the gas-exchanging type I alveolar cells. These cells maintain the lubricating surfactants, and recruit immune cells following injury, which are necessary to maintaining normal breathing ability.

Type II alveolar cells are recognized as a reservoir of COVID-19, where the virus hides out, allowing the infection to progress into the lower lungs. These type II alveolar cells provide a fertile breeding ground for the virus, as they express the ACE2 protein that acts as a viral receptor. Spatial profiling of the lungs revealed enrichment of collagen synthesis pathways and extracellular remodeling pathways in the Cornell cohort. Building on that finding, Asa Segerstolpe of the Broad Institute presented evidence of increased keratin expression in infected regions of the lung.

As previously mentioned, the immune response is dominated by interferon signaling and associated chemokine expression. This was accompanied by robust recruitment of myeloid cells, including monocytes, macrophages, and dendritic cells, to infected regions of the lung, whereas T cells and NK cells were more abundant in patients with high viral load but displayed less specificity for highly infected regions of the lung. In these studies, cell population abundance was inferred through gene expression deconvolution strategies to enable profiling of 14 different immune cell populations. Patients with high viral load also had expression of some immune checkpoints, including PD-L1 and IDO1, but mixed expression of other checkpoints including CTLA4, LAG3, and VISTA.

One of the most interesting observations from the COVID-19 studies has been the diversity of the localization of immune responses to infection. David Ting, from Massachusetts General Hospital, demonstrated that in addition to variation between patients who have high and low viral titers, there is also variation between regions of interest with high viral load and those without, but only for some signaling pathways.

For example, chemokines CXCL9, CXCL10, and IDO1, which recruit and regulate immune cells, are expressed at higher levels only in areas of the lung with detectable viral transcripts from patients with high viral load. In contrast, antiviral proteins IFITM1, IFIT3, and IFI6, are expressed at approximately equal levels in virus-high vs virus-low areas of the lung. Antigen presenting genes are displayed uniformly throughout the lung regardless of viral load. These observations are only possible with spatial biology tools that enable simultaneous profiling of a large number of targets in parallel.

As these studies and other mature, we are starting to better understand some of the mechanisms at play in COVID-19 infection. However, given the rarity of these samples and the not insignificant risk physicians must undertake to collect them, we must try to learn as much as possible from each sample we have.

Spatial biology represents a powerful tool to directly examine the infected tissue of COVID-19 patients and characterize its inherent complexity, rather than risk getting overly focused on a single variable that’s just one of many factors at work. By applying tools such as GeoMx and methods such as spatial profiling, we can deepen our understanding of the disease and accelerate the development of treatments and vaccines to mitigate the growing burden of this pandemic.