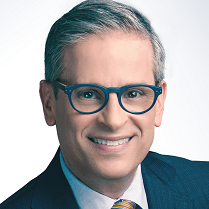 I am not brave.

Once, I passed out after a routine blood draw for a diagnostic test. Ever since that first scary and embarrassing episode at a LabCorp location in Manhattan several years ago, the act of giving a blood sample, no matter how small, has been a source of anxiety.

Will I break out in a cold sweat? Feel lightheaded? Collapse on the floor?

Fearing a repeat performance, I get myself tied up in knots. It also should be evident by now that I’m not fond of needles. I’m 58 years old, but I still look away like a squeamish kid whenever I get a flu shot or some other routine vaccination. Just make it quick and tell me when it’s over.

All of the above makes me an unlikely candidate for a COVID-19 vaccine clinical trial. But a few months ago, when I read in my local newspaper that vaccine developers Pfizer and Moderna needed more volunteers, I decided to participate—or at least see if I could enroll in one of the studies.

My first call happened to be to a Wilmington, North Carolina clinic working on the Pfizer test. It is here that I want to make a disclosure. Pfizer is a client of W2O Group, the communications agency where I work. One has nothing to do with the other. I volunteered like the tens of thousands of others who want to support the global vaccine research and development effort.

The coordinator at the local study site called me back pretty quickly. How about 7 am the very next day? I was in. 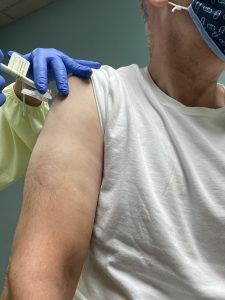 There was some trepidation. More than once, I considered backing out.

But I kept the appointment. I walked in the door at the clinic, and signed the required consent agreement. I sat down, took a deep breath, and looked away when the nurse swabbed my arm with antiseptic before taking a routine blood draw.

Everything was OK, so far. Next, they stuck the swab up my nose to collect a sample to look for signs of the SARS-CoV-2 virus.

After 30 minutes of observation by a staffer, seeing no serious adverse effects, I was sent home.

Three weeks later, I returned on schedule for the second injection. Same deal as before. One week after that, they asked that I return for a follow-up blood draw. 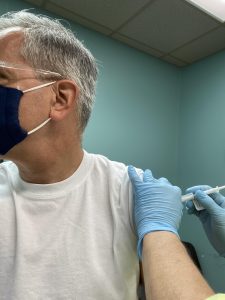 Participants in this clinical trial are not told about the blood sample test results, in keeping with the stringent study protocol. I have not gotten an antibody test on my own since receiving the second shot, and still don’t know if I have developed neutralizing antibodies to SARS-CoV-2.

Here’s what I do know. Several hours after receiving each injection, I experienced what I would refer to as a hot flash lasting a few minutes or so. There was a touch of nausea, too—but only after the first shot.

Both sensations passed and never came back. As Pfizer seeks an Emergency Use Authorization from the FDA, who got what remains a secret to those of us in this more than 43,000-person study. All we know is that half of the participants received the real vaccine and half were given the placebo.

Did I experience a so-called placebo effect where people who receive the dummy version of a treatment or vaccine trick themselves into thinking they’re on the real thing or did I have a reaction to the genuine vaccine, one that might even suggest my immune system was being effectively primed against the virus?

I am not a doctor or a vaccine expert, and I will not hazard a guess. I have to wait for Pfizer to “unblind” the study to find out for sure.

Every Friday since receiving the first shot, I also have to go into a clinical trial app and input whether I have or had any COVID-19 symptoms. Thankfully my answer, so far, has been no.

After each clinic visit, I get $119 loaded onto a special debit card the office provides. I am not doing this for the pocket money. I am doing it because I have trust and faith in science and in the scientists—the people—who prove or disprove that science.

For nearly 10 years, I covered the biopharmaceutical industry as an on-air reporter at the business cable network, CNBC. I regularly interviewed scientists, researchers, therapeutics developers, and corporate executives.

For the past 10 years, since transitioning to become a communications consultant, I have worked alongside dozens of biopharmaceutical company scientists, academic researchers and clinicians, helping them talk about their passion, ingenuity, and data.

They are the most intelligent, disciplined, rigorous, uncompromising, fact-driven people I have ever met.

If I received the vaccine, I’ll have some peace of mind. But I will continue to wear a mask, wash my hands, and maintain physical distance at least until the public health experts say we can get back to normal.

If I was injected with the saline solution, I will wait my turn to receive a vaccine, if or when it’s approved by the FDA. Since I’m not in a high-risk group, an essential worker or on the front lines, that could be a while.

People tell me on social media that I am brave and courageous for volunteering to be in a COVID-19 vaccine study. I am neither. I’m just a needle-phobic guy who wants to play a very small role in getting us out of this hell. Each of us has a role to play, large or small.

From 2000-2010, Mike Huckman was CNBC’s pharmaceuticals reporter.  He is currently the Global Practice Leader, Executive Communications at W2O Group.