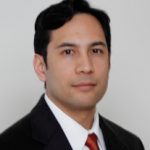 Though polymerase chain reaction, PCR, is regarded as the gold standard in molecular diagnostics, the COVID-19 pandemic has taken off some of the shine.

Under normal circumstances, samples processed in commercial diagnostic labs that run standard PCR machines can take hours to yield results. In a pandemic, with a surge in demand for tests, turnaround times are creeping upward and creating a shortage of PCR supplies.

Sometimes the results can take so long to come back that the test is rendered effectively meaningless.

CRISPR is among the technologies increasingly seen as a viable diagnostic alternative.

Cambridge, Mass.-based Sherlock Biosciences was awarded the first emergency use authorization (EUA) for a CRISPR-based COVID-19 lab test. CEO Rahul Dhanda says the technology produces results that are as accurate as PCR, but that arrive far more quickly – sometimes in minutes.

Now Sherlock and other companies are trying to take CRISPR’s diagnostic capabilities beyond the controlled environment of commercial labs, and into the place where many people are stuck. 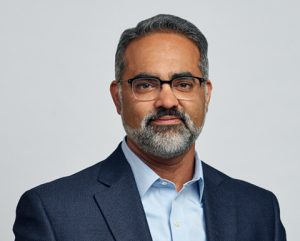 “I think of this as an evolution toward a molecular diagnostic that can be done at home,” Dhanda said.

Both PCR and CRISPR diagnostics seek out a tiny amount of genetic material and make it detectable for disease diagnosis, but they accomplish that in different ways. PCR, a decades-old technique, works only on DNA. In order to detect SARS-CoV-2, the virus’s RNA must be reverse transcribed to DNA. That DNA is then amplified – turned into millions of detectable copies. In addition to taking time, some steps of the process must be done at precise temperatures, a task that’s automated by an instrument.

In both therapeutic and diagnostic applications, CRISPR molecules find nucleic acids under the guidance of RNA that have been programmed to match a target genetic sequence. The CRISPR molecule includes a Cas enzyme that cuts nucleic acids. The most commonly used enzyme in therapeutic applications is Cas9. In recent years, scientists have discovered other Cas enzymes that are thought to be better suited for diagnostics. Cas12 cuts DNA while Cas13 cuts RNA, for instance.

Like PCR, a CRISPR diagnostic needs to reverse transcribe viral RNA to DNA, which is then amplified. But a CRISPR diagnostic does its work in fewer steps and at room temperature, Dhanda said. When a CRISPR molecule encounters its target, the Cas enzyme is activated to start cutting the nucleic acid.

But the cutting doesn’t stop there. Once activated, these enzymes also cut loose a reporting molecule that’s added to the sample. The signal from this reporter molecule is what lab equipment can read as a positive sign of the disease. Sherlock’s CRISPR diagnostic yields results in about an hour, compared with six hours for standard PCR, Dhanda says. The new technology is adaptable, and can be used to develop assays for any disease with a DNA or RNA signature, he adds.

The market appetite for new types of diagnostic tests has never been greater. Since the World Health Organization’s pandemic declaration in March, the FDA has granted emergency authorizations to nearly 200 molecular diagnostic products.

Diagnostic development typically surges in response to disease outbreaks, said Gerald Kost, emeritus professor of pathology and laboratory medicine at the University of California, Davis. The Ebola outbreak six years ago sparked a similar, but smaller wave of research. Though the disease’s spread in West Africa showed the need for more point-of-care diagnostics, the number of U.S cases was small. Consequently, companies did not see enough of a market to develop tests in anticipation of a future pandemic, Kost said.

That’s not to say there haven’t been advances spurred by the 2014 Ebola outbreak.

PCR testing has already moved beyond labs to patient settings. As an example, Kost points to the cobas Liat, a Roche Diagnostics instrument that was granted FDA clearance in 2014 for diagnosing streptococcus A. Roche has since added other diseases to the instrument’s testing menu, including an EUA in September for COVID-19 and influenza. Hospitals that had previously purchased the devices can also run COVID-19 tests on them.

Consumers clearly aren’t going to spend $16,000 to buy a Liat, Kost said. That creates an opening in the market for a high-accuracy / high-speed / low-cost alternative.

Kost added that while CRISPR’s potential for diagnostics has been discussed for years, the challenge for the technology in point-of-care applications is designing a device that can conduct these tests outside of a lab.

The goal for developers of home-based CRISPR diagnostics is a test that is as affordable and accessible as pregnancy tests available in pharmacies. Many of these tests show their results on a paper strip whose color change indicates the presence of a protein.

San Francisco and Buenos Aires-based Caspr Biotech is taking a similar approach. It’s developing a small, portable CRISPR test for use in places were PCR testing is unavailable. In a March preprint, scientists from Caspr and the University of Buenos Aires described how the technology detected a genetic signal on a paper strip, which the authors said demonstrates that this system could be made into a portable test.

However, developing a CRISPR diagnostic is not as simple as overlaying CRISPR technology on a pregnancy test platform, said Janice Chen, co-founder and chief technology officer of South San Francisco-based Mammoth Biosciences. Such consumer tests aren’t molecular diagnostics, which require more complicated preparation of samples for analysis. The challenge for a CRISPR-based home testing kit is miniaturizing the capabilities of a molecular lab into a handheld device. 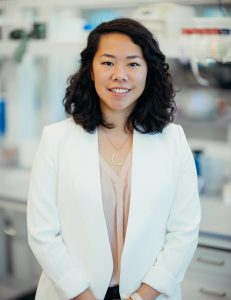 “It has to be simple enough for any user to run the test, but the accuracy has to match what one would expect in a lab molecular test, Chen said.

Mammoth, co-founded by UC Berkeley CRISPR pioneer Jennifer Doudna, is developing a handheld COVID diagnostic through a partnership with GlaxoSmithKline Consumer Healthcare. The companies aim to offer a disposable test capable of identifying viral RNA from a nasal swab sample in about 20 minutes.

In parallel, the startup is also developing a lab-based CRISPR test for the SARS-CoV-2 virus. That research  is supported by the National Institutes of Health’s RADx initiative, which aims to speed up the development and commercialization of new COVID-19 diagnostics. Chen said it’s too soon to say when the Mammoth/GSK home test could be ready for EUA consideration. In August, the FDA awarded Mammoth’s reagent kit emergency authorization for lab use.

Ann DeWitt, partner at The Engine, a venture capital firm spun out of MIT that invests in “tough tech,” said  at-home molecular diagnostics fit that definition. She said The Engine defines “tough tech” as transformative technology addressing the world’s biggest problems. A point-of-care CRISPR diagnostic would ease the testing burden of the current pandemic and give hospitals and labs another tool to prepare for the next one, said DeWitt, whose firm has invested in diagnostics startups but has no connections to any CRISPR companies.

She said that startups aiming to develop a CRISPR diagnostic for home use must design a product that doesn’t require expertise to perform the test and read the results.

“If you’re using equipment that isn’t readily available in a home, a centrifuge for example, a lot of that product development is going to have to be rethought,” DeWitt said.

So far, one at-home molecular diagnostic has received an EUA for COVID, and it’s not based on either PCR or CRISPR. The Lucira Health product tests for the genetic signs of the novel coronavirus by analyzing a sample from a nasal swab. The swab is swirled in a vial, which is then placed in the Lucira device. The instrument reverse transcribes viral RNA to DNA and employs a technique called loop-mediated isothermal amplification (LAMP) to amplify the genetic material from the virus. (The lab kits of Sherlock and Mammoth also use LAMP for amplification.)

Lucira’s diagnostic produces test results in about 30 minutes. Results are shown as a color change on an LED display. The test requires a prescription from a healthcare provider, which some critics have said will limit the sort of widespread adoption necessary to make at-home testing most useful.

Whether a CRISPR test can be engineered into an at-home test that can be self-ordered and self-administered is an open question. CRISPR’s next move closer to patients is more likely to be a product for health care settings.

Sherlock’s research includes a diagnostic that pairs its CRISPR technology with an FDA-cleared testing platform from Boston-based binx health. That COVID test would process a sample on a single-use cartridge that’s analyzed by a benchtop instrument. Dhanda said that this cartridge test could yield results in about 20 minutes. It does not yet have emergency authorization from the FDA.

Sherlock still aims to address the home market, but not with CRISPR — at least not yet. The company is developing yet another test that programs a synthetic gene to generate a signal in the presence of its target. Dhanda says this technology, dubbed INSPECTR, doesn’t require lab equipment, can be done at room temperature, and yields results just as sensitive as PCR. Those results would show up on a detection strip, similar to a home pregnancy test.

Sherlock, which has yet to publish data about its CRISPR or synthetic biology diagnostics, aims to have a COVID INSPECTR test ready to submit to the FDA for a potential EUA decision in the first half of 2021.

Kost, the UC Davis professor, said the most promising COVID diagnostics will be useful in a post-pandemic world. The 1918 flu pandemic petered out after four years but vaccinations could end COVID-19 in half that time, he said. 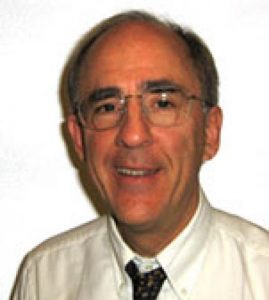 If vaccination campaigns succeed and demand for COVID-19 testing dries up, companies will have to find new markets for the technologies they’ve developed in this pressure-cooker of a year.

Kost suggested that a diagnostic company could strike up a contract with an airline that wants to test passengers before departures, or perhaps with businesses that require regular employee screening.

Even better would be further work to convert a single test into something that screens for multiple pathogens. Kost points to Sunnyvale, Calif.-based Cepheid, whose benchtop PCR system, GeneXpert, has been used for rapid diagnosis of infectious diseases such as tuberculosis and Ebola.

In October, GeneXpert was awarded FDA emergency authorization for a test that diagnoses COVID, influenza A and B, and respiratory syncytial virus from a single patient sample. Results for all four pathogens are ready in less than 40 minutes.

That test is particularly useful because people with those diseases often display similar symptoms, and it’s cumbersome, time-consuming and more expensive for healthcare providers or individuals to provide multiple samples to run through multiple tests.

“That’s the kind of change we need to see in technology – tech that is adaptable to multiplexing, that allows us to look not just at one disease but several,” Kost said.