Today’s guest on The Long Run is Steve Paul.

Steve is the chairman, president and CEO of Boston-based Karuna Therapeutics.

Karuna is developing new treatments for neuropsychiatric disorders. By the time you listen to this conversation, Karuna will either be very close to starting a Phase III clinical trial of its lead drug candidate, or it will already have begun. 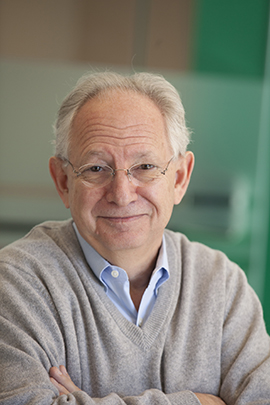 The drug candidate, called KarXT, is an attempt to break new ground in the treatment of schizophrenia. The drug is a formulation of xanomeline and trospium chloride. It’s designed to get into the brain and selectively activate a couple of muscarinic receptors. An earlier form of xanomeline was tested for Alzheimer’s.

It didn’t work for that memory-robbing disorder. But as Steve describes in the later part of the show, the drug had a curious secondary effect in Alzheimer’s patients. That gave scientists an idea for another group of patients. Timmerman Report subscribers can read an in-depth piece on the company from July 2020.

Steve is one of the rare individuals who has truly seen it all in science. He did world-class research at the National Institutes of Health early in his career. He oversaw teams at Eli Lilly that developed important new medicines for mental health. Then, in this most recent chapter of his career, he has gone to work at startups that have sought to blaze new trails in neuroscience drug development. Sage Therapeutics, Voyager Therapeutics and Karuna Therapeutics are companies that bear his fingerprints – and they are worth a collective sum of $7.2 billion as of this recording.

In this conversation, Steve talks about his humble upbringing which didn’t exactly preordain him to become a scientific entrepreneur. We also talk about the nature of the scientific enterprise itself, based on his unusual set of experiences across all three major branches of science – industry, academia, and government.

Steve is a thoughtful guy on the nature of innovation, and some of the pressing challenges we face with mental health in our society.

Please join me and Steve Paul on The Long Run.

Creating the Future of Microbiome-Based Therapies: Simba Gill on The Long Run