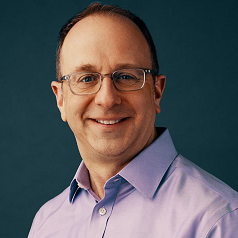 Pediatric oncologists like me tend to know their cancer chemotherapy combinations, chapter and verse.

But for me and many of my colleagues, vaccines have always loomed large, integral to the “pediatric” part of our medical training.

As a medical student in the late 1990s and a resident in pediatrics during the early 2000s, vaccination was a constant source of discussion.

We were watching the clinical and regulatory community debate the risks of using thimerosol  – an organomercury preservative – in multi-dose vials of various vaccines because of a convergence of factors. Autism diagnoses were on the rise, prompting some to raise concerns about an epidemic.

Much attention was focused on the now-retracted, fraudulent 1998 publication from Andrew Wakefield. New Jersey Congressman Frank Pallone raised concerns about the effects of environmental mercury poisoning. Despite no evidence of harm from its use, thimerosol was removed from all vaccines routinely given to children 6 years of age and under, manufactured for the US market.

The flurry of competing conspiracies, fears, statements, and studies turned the once-routine discussion with parents around childhood vaccinations into increasingly complex conversations on the nature of risk and evidence.

The fears stoked by the growing anti-vaccination movement were hard to counter. These fears frequently collided with the natural reticence of physicians and scientists to use words like “impossible” and “never” – words loaded with the hubris of total certainty.

At the same time, the early 2000s were also notable for major disruptions in the supply of vaccines against the major childhood illnesses, including diphtheria, influenza, measles, mumps, pertussis, tetanus, and varicella. Our community primary care clinic at Cincinnati Children’s would have a dry-erase board that would remind the residents what vaccines we had in stock, and more concerningly, what vaccines we didn’t have in any fridge or freezer. And woe unto the resident who spent their 15 or 20-minute clinic visit convincing a parent to vaccinate their child only to find out that we lacked supply – oftentimes that was sufficient for yet another child to fall between the cracks.

As if these first two challenges weren’t enough, the mid-2000s also saw a significant expansion of the childhood vaccine schedule with the approval and introduction of the first meningococcal vaccine (Menactra), a new rotavirus vaccine (RotaTeq, which had to overcome concerns about the first generation rotavirus vaccine and its association with small bowel obstruction due to intussception), and most notably, the introduction of a vaccine against HPV (Gardasil) which prevented both genital warts and pre-cancerous genital lesions. The latter again led to an uncomfortable overlap between public health policy and politics when then-Governor Rick Perry of Texas mandated all girls to be immunized as a condition of entry into 6th grade.

Religious conservatives cried foul against the mandate, that it would encourage sexual promiscuity. Liberals later howled in outrage when reports surfaced that Merck had lobbied for the mandate as a good way to increase sales of a new patented vaccine.

What was the result of this extreme noise? As a pediatric residents, my colleagues and I found ourselves spending a disproportionate amount of time working hard to overcome intense vaccine skepticism and vaccine hesitancy, particularly in the inner-city neighborhood served by my program’s primary care clinic. There were (and still are) pediatricians who were so frustrated by parents who they couldn’t convince to vaccinate that they considered discharging them from their practices – something that I personally considered.

Then I became a parent. And while that didn’t cause a moment’s hesitation for me or my wife in terms of whether or not to vaccinate our daughter, it did give me a chance to sit in the “patient” seat for the first time in a long time. Coincident with being a parent is that your siblings and friends have kids, and as a pediatrician, I got a number of calls – some of which took me by surprise because they came from friends who were also physicians – asking basic questions about vaccine safety. This gave me the opportunity to relive the conversations I had as a younger, childless resident physician, and refine my technique.

So, how can these experiences and lessons inform the moment we are living in now, when the noise – from the anti-vaccination groups, conspiracy theorists, foreign and domestic political opportunists, and even malignant elements within our own government – is deafening?

Here are some suggestions, and I think they apply equally to physicians and nurses and other health care professionals as well as those of us in the biopharmaceutical industry:

People may bristle at being forced to do something they don’t want to do, but for this, and future pandemics, we need to continue to explore ways to effectively combat science denialism and protect our citizens and our economy.