We’ve all seen this movie, right?

It feels like we’re in the fake final scene before the jump-scare and the bad guy makes one final push. It’s that point in the 1986 sci-fi film “Aliens” where Bishop gets ripped in half and Ripley (Sigourney Weaver) realizes in horror that the Alien Queen snuck aboard her ship.

Normal, whatever that means for you, seems so close and real, doesn’t it? But I can’t shake the feeling the horizon’s farther away than we hope it is. And if so, that presents an opportunity I hope Biopharma grabs by the spike protein: the chance to help people understand that it’s not over yet and might not be for a while.

Without a doubt, the vaccine readouts are a huge milestone. I’ve read the reports over the past months with joy and excitement. The record pace for vaccine development would put Han Solo’s Kessel Run from “Star Wars: Episode IV A New Hope” to shame. 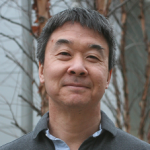 The coming Emergency Use Authorizations deserve big trophies, for Pfizer, BioNTech and Moderna. These are the kind you put proudly in the center of the display case, pushing aside the participation awards and moving the team spirit plaques to the back. But these heroic efforts won’t be enough.

A few weeks ago, Mike Kuczkowski penned a great call on this site for a new model of vaccine communication. He laid out a plan to push out a message on all fronts, appealing to left brain, right brain, and hopefully lizard brain. He called for pulling in advocates from across a range of sources, including some unexpected ones like employers.

After all, if the Broncos can elevate a rookie wide receiver from their practice squad with just twenty-four hours advance notice to start an NFL game at quarterback – the most difficult and important position in football — surely it’s not too much to ask the local hardware store owner to put out some PSAs for vaccine awareness?

It’s a great plan and could make a big difference in vaccine uptake and getting us to that normal if all of Kuczkowski’s ideas play out.

But here’s the Drosophila in the beer. The message won’t do as much good if the target audience never hears it, misunderstands it, or isn’t willing to listen to what’s been said. And it won’t be most effective if the message is only about vaccination.

There are two related roadblocks that could derail vaccination’s effectiveness. The first is people who do hear that they need to get vaccinated, but don’t get the full message about timelines and expectations The second problem is with people who aren’t listening at all.

In the first camp, are people who are just tired, man, of this damn virus and want it all to end. Many are going to be eager to get the vaccine. But in their eagerness, there’s the danger of not hearing the caveats.

There are always caveats. Like, “We don’t know how long immunity lasts.” Or, “We don’t know if the vaccine prevents you from being infectious.” Or possibly, “We aren’t sure of the effectiveness in your particular demographic.” Those are just a few. Some people might assume that once they get that dose, they’ll be fine to go back to doing everything just like in good old 2019.

Then there are other people who aren’t first (or second or third) in line for the vaccine but hear that it’s being rolled out and think, “Ah, now that there’re vaccinated people out there, the overall risk is lower!” That may be true. But only to a small extent, at least until a majority of Americans get vaccinated. That could take quite a while. Pfizer has already had to walk back some estimated timelines for its rollout.

Anyone with a background in synthesis or formulation want to bet every other company’s rollout will go forward without a hitch? Not to mention the supply chain, storage and administration challenges.

There’s a need to communicate not just about the vaccine itself but about expectations and about needed behavior. Relaxing too early and dropping our most effective behaviors—meeting outside, in smaller groups, with distance and masks—could counteract all the benefits of a gradually increasing population of immunized people.

Biopharma could lead in this. Yes, the industry has a reputation problem, but it’s been trending up since the pandemic. Offering a clear voice, unified with local, state and federal leaders, not just urging vaccinations, but also providing measured guidance on when and how to begin relaxing pandemic behaviors, will help remind people that it would be a mistake to unmask too soon. And a conservative view of the future is needed all the more because of the other possible roadblocks.

The second group of people—those that PSAs can’t reach, those who reflexively distrust the media and the government (if you’re from the opposing party)—they worry me even more. In information theory terms, a vaccine communication strategy could do things to reduce entropy of the message (“Get vaccinated, keep wearing a mask”), but if the receiver is turned off, the message doesn’t get there.

We’re living in a strange time. No, not the pandemic. Or not that pandemic. I’m talking about the epidemic of misinformation and the willingness of people to listen to the misinformation, to embrace the entropy instead of the signal.

It’s been a frustrating realization for me, but we’re all far more susceptible to appeals to emotion and identity and confirmation bias than I wish was the case. The internet has always been a double-edged sword and it feels like, with its help, many have been pushed beyond some information black hole event horizon, where a good fraction of them won’t be able to get back.

Two things here. First, some of them can come back. They are another opportunity for Biopharma to make a difference, but perhaps through a different approach. Anecdotally, I and others have found that close relationships and local ties can help in breaking through science denialism. Could Biopharma start programs to train staff in science communication and encourage them to have calm two-way conversations with friends and relatives and neighbors who are expressing skepticism?

Second, because there are those who can’t be reached, there will be an even greater need to caution people to stick it out for a while longer. If a fraction of the population refuses vaccination, there is an upper bound to how high the vaccinated proportion can reach. If 80 percent of the population is open to the possibility of getting a vaccine, and we need 70-75 percent of the country to get vaccinated for herd immunity, that leaves very little margin for error. Almost everyone who’s open to getting vaccinated will have to actually get vaccinated.

Anything less than that high level of vaccination across the population means that conditions for a return to normal will take a longer time to arrive. That, in turn, means that all the pandemic behaviors we are so tired of will have to continue. Not just for our own health, but for everyone’s.

The next months will tell how effectively the messaging gets out, whether from Biopharma or other sources. I hope our industry embraces this chance to lead and shine. And I’ll be eagerly awaiting my turn in line for my needle stick, whenever it comes. But in the meantime, and for a while after, I hope you don’t mind if keep my distance and smize from behind my mask when we meet.

Disclosure: The author is a Program Manager at Adaptive Biotechnologies. All views or opinions expressed are his own and not of the company.

It Ain’t Over Til It’s Over
SARS-CoV-2: Where Did It Come From and Where Does It Go Next?