The FDA needs to get healthy, and fast.

Its credibility as the world’s No. 1 science-based regulator of food and drugs has been tarnished.

From the start, it had to play catch-up on RT-PCR diagnostic tests in the wake of CDC’s epic screwup. Partly to make up lost ground, it swung open the floodgates for antibody tests. A Wild West debacle ensued. Then came hydroxychloroquine (caving in with a premature Emergency Use Authorization, followed by the embarrassing withdrawal when failure was obvious). Then came the convalescent plasma fiasco.

It’s painful to write those words.

Throughout, there was a failure of leadership to level with citizens and clearly communicate the rationale for its decisions in real-time.

Even when FDA staff were inspired to burn the midnight oil to make sure we got vaccines without delay, and the news was good, the agency was tainted. It wasn’t able to speak with the gravitas needed to shore up confidence in therapies and vaccines. Too many people came away thinking FDA was a bunch of bureaucrats or political hacks, cutting corners, probably engaged in skullduggery.

Anyone who gives a damn about healthcare, and about biopharmaceutical innovation, ought to care about restoring the FDA as the world’s leading scientific regulator. We all ought to focus our prying, skeptical eyes on the agency to hold it accountable and keep it on its toes. But we shouldn’t go overboard into bottomless cynicism.

So, today I’d like to propose a few bold ideas to help the FDA get back on its feet.

By moving out of the Washington, DC metro area, the federal government could reap a real estate windfall. The FDA has valuable land that could be redeveloped by private developers of mixed-use business and residential properties. FDA could take the windfall proceeds and build a reimagined, tightly integrated campus in the middle of the country on cheaper land.

I’m thinking of a place like Wichita, Kansas (pop. 390,000) or Tulsa, Oklahoma (pop. 402,000). These cities offer low cost of living and high quality of life. They have diverse demographics with White, Black, Hispanic and Native American populations that closely reflect the population of the country as a whole. The FDA, operating down the street from healthcare providers in a place like this, could test out lots of cool new initiatives in a “real world” healthcare setting. Done right, the FDA could gain valuable insights into how to operationalize things like telemedicine for clinical trials, remote patient monitoring and more.

A move could also refresh the agency’s staff, by clearing out some people ready for early retirement, and providing an opportunity for an influx of new talent attracted to work on hard challenges. These people could be good scientific citizens in their communities. They would be parents of kids in local schools, and neighbors to ordinary people. FDA staff could weave themselves in with local schools that don’t get enough exposure to the wonders of 21st century medical science.

For almost 30 years, the agency has long been kept on a tight leash with Congressional appropriations, and has been forced to rely increasingly on industry user fees. That’s one way to be penny-wise. But it also creates a financial dependence on industry, and a closeness that can sometimes get a little too close in ways that are subtle and hard to quantify. I think there’s a place for user fees in the FDA budget, but the lion’s share ought to come from us, the taxpayers. Either we as taxpayers think this work is important, or we don’t. If the COVID-19 pandemic has taught us a few lessons, one is the importance of an independent, nimble, science-based FDA.

With more pandemic threats looming and so many groundbreaking biopharma products coming down the pike, we need to double the budget just to keep with the anticipated demands on this stretched agency. Pay raises should go to agency veterans who have gone above and beyond.

But at a moment when the agency needs to restore public trust, and break out of some of limited thinking of the past, it needs a commissioner with excellent communication skills and a vision for a 21st century FDA. The next FDA commissioner needs to communicate to the public and advocate passionately with leaders on Capitol Hill and the executive branch. Scott Gottlieb was skilled at this part of the job, and understood how to strike the balance of protecting public health while facilitating quality development of new products. Margaret Hamburg, who made a great impact as commissioner, wasn’t the kind of public spokesperson the agency needs now.

I’m thinking of someone to lead the FDA who has public health experience, who believes in the FDA mission to the bone, who can communicate scientific risk / benefit equations to a Nobel laureate or your grandma, and who doesn’t have too many industry conflicts. I could imagine a few excellent candidates. 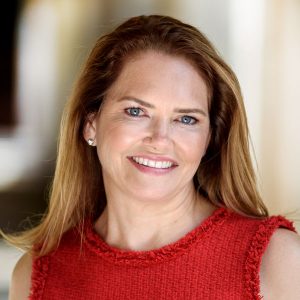 How about Bob Wachter of UCSF, one of the most trenchant observers of the pandemic response? Or Julie Gerberding, a former CDC director and now an EVP at Merck with tons of experience in communications? Or Anna Barker, a National Cancer Institute veteran and now the chief strategy officer at the Ellison Institute for Transformative Medicine at USC? Or FDA deputy commissioner Amy Abernethy, who’s spearheading a futuristic data science initiative, and who has credentials from academia (Duke) and industry (Flatiron Health).

Or maybe bring Gottlieb into the Biden Administration, even though he’s a Republican? He’d have to quit his board activities, and work for a Democratic administration, but that would be one way to show that the FDA isn’t a partisan institution.

The FDA is staring at a mountain work ahead on cell and gene therapies. About 900 gene therapy INDs were in the pipeline as of February 2020. Former FDA commissioner Gottlieb and Peter Marks, head of the Center for Biologics Evaluation and Research, forecasted in 2019 that if current trends continue, the FDA will have to be in position to approve 10-20 cell and gene therapies a year by 2025.

The FDA has to staff up with people in CBER to keep up with the anticipated workload. This unit of FDA, remember, has been running at full tilt all year.

Besides the obvious need for more staff, there’s always a need to stay current with information technology, and lab technology tools, to keep up with an industry that is well-funded and moving faster than ever. The agency also needs resources for staffing up far-flung field offices so it can adequately do facility inspections, especially with the vast array of generic drug facilities around the world, and the boom in biologic manufacturing here and abroad. If we don’t make this investment, we can expect a slowdown in approvals — an abundance of innovations that can’t get all the way to people. It would be an “innovation pile-up” reminiscent of a Third World country.

If we’re smart, we’ll invest now to get ahead of the curve of the needs for CBER, while also preparing for healthcare and biopharma changes. Consider the FDA’s data science initiatives led by deputy commissioner Amy Abernethy. Or, consider master protocol study designs that could cut down on some of the waste that bogs down clinical trials today.

Neglecting the basics of how we gather medical evidence comes with a cost. There were too many small, single-site, investigator-sponsored studies in this pandemic – small and crappy trials. The FDA is the one agency that can take the lead on demanding new standards, but it needs strong leadership and  adequate funding.

But the FDA also needs our support. It deserves our most creative, constructive ideas on how to fulfill its mission. We shouldn’t take it for granted. The pharmaceutical industry wouldn’t be worth much if it were to wither on the vine.

We can’t allow that to happen. I don’t think it will. Let’s revitalize the FDA, and put it in position to be great at what it does for the next 100 years.

Collateral Damage of the Pandemic

The GameStop retail shareholder attack against hedge funds of Wall Street has prompted a lot of bewildered hot takes. As someone who formerly covered biotech stocks for Bloomberg News, I have some sympathy for the little guy who always gets screwed by the big guys. It’s been going on far too long (for just one example in biotech, see my “Selling Drug Secrets” investigation for The Seattle Times in 2005). At the simplest level, this retail shareholder rebellion makes some sense in a world that’s come unglued and where it appears there are no consequences for people who incite society-wide lawbreaking and mayhem. But when you open a Pandora’s Box of lawlessness and bottomless cynicism and too many people don’t know what’s true and don’t care, terrible damage gets done to innocent victims.

Look at Vir Biotechnology. The San Francisco-based developer of infectious disease therapies scored a fundamental win this week with its hepatitis B treatment. The stock skyrocketed to a high of $135 this week, before falling to as low as $51. There’s no fundamental reason for this much volatility. It had good news for hepatitis B, and some more good news for its combo therapy partnership on COVID-19 with Lilly and GSK. Apparently, part of the volatility can be explained because there’s a large percentage of shareholders who have a short position in the company based on a belief that it’s overvalued for its COVID-19 therapeutic antibody work. It’s fine for people to argue about valuations in the market – that’s what the market is supposed to do. But I think most people would also agree that we don’t want to have a system where it’s fun and profitable to launch manipulative attacks – bearish or bullish – to settle scores against Hedge Fund Bad Guys, if it means companies tackling the world’s biggest health challenges become collateral damage.

Kirk Raab, the former CEO of Genentech, died from complications of COVID-19. He was 85.

Amgen’s sotorasib, the oral KRAS G12C inhibitor, generated an overall response rate in 37 percent of patients with advanced lung cancer, according to data presented at the World Conference on Lung Cancer.

Genentech’s faricimab met the primary endpoint of in a pair of Phase III studies of patents with the wet form of age-related macular degeneration. The Genentech medicine is a bispecific antibody aimed at angiopoietin-2 (Ang-2) and vascular endothelial growth factor-A (VEGF-A). The drug, administered every 16 weeks, was found non-inferior compared with Regeneron’s aflibercept (Eylea).

San Diego-based Cidara Therapeutics, the developer of antifungal and antiviral therapies, named molecular biologist Bonnie Bassler of Princeton University and Carin Canale-Theakston, founder and CEO of Canale Communications, to its board of directors.

Seattle-based Umoja Biopharma, an in vivo immunotherapy company, added Rob Glassman to its board of directors. He has been a vice chair at Credit Suisse since 2015.

Philadelphia-based Tmunity Therapeutics, the developer of T-cell therapies for solid tumors, said Jeff Leiden has become its new chairman of the board. Leiden is executive chairman of Vertex Pharmaceuticals.

Cambridge, Mass.-based Nuvalent raised $50 million in a Series A financing from Deerfield Management to work on kinase inhibitors for treatment-resistant cancers.