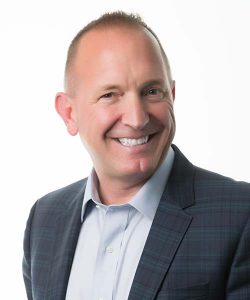 We thought we had lived through the most difficult year of our lives in 2020, from the deadly COVID-19 pandemic to the delusional and autocratic ambitions of a sitting President of the United States.

Then we were shocked once more, by deadly mob violence and ominous threats of more to come at the U.S. Capitol in the days before the inauguration of a new President.

The social fabric of our country is in bad shape. Our sense of shared values as a country seems to have gone missing. Many of us in the biotech community were stunned in 2020 to learn that we had to FORCE many people to become educated about the novel coronavirus, including basic mitigation strategies such as social distancing and mask wearing.

These are common-sensical, even self-evident, concepts to those of us who embrace material reality and scientific facts. Even today, with 381,000 Americans dead from COVID-19, we still see certain lawmakers who refuse to wear masks in Congress. Last week, in a shocking display of arrogance, ignorance or callous disregard for their fellow citizens, some of them insisted on remaining maskless while in secure holding rooms at the Capitol. They were there as a safety precaution, after hundreds of unmasked thugs illegally entered the Capitol in a grotesque and seditious act of political violence.

Then, shortly afterwards, still without regard for the gravity of this attack on our democracy, many of these same elected officials immediately resumed their attempt to overturn the outcome of a free election. Their speeches on the House floor were filled with the very same repeated lies that brought the angry mob into the heart of the Capitol.

The treachery and immorality of these actions will haunt our nation for many years to come.

I’ve noticed that few CEOs, industry leaders, or trade associations are speaking up loudly about this cataclysm. WHY? The facts are clear, our moral compass is intact. Our democracy is at stake. It is time for leaders to LEAD. Our employees are looking to us to help lead the way back to normalcy, so we can focus on our crucial mission of delivering vaccines and therapeutics to the patients who need them. The US provides us with a vibrant, free operating environment to do all the things we do. When our country is in peril, our industry is in peril.

This week, I was surprised to hear from a group of folks concerned about making a public statement about the insurrection. Comments about the atrocities at the capital could anger the California Republican congressional delegation, and we can’t “afford” that.

Really? We, as an industry, should cower on the sidelines and avoid saying anything of substance about a violent mob attack on our democracy, because doing so might anger an elected official? I know professional politicians on both sides of the aisle, and I do not fear angering them. Neither should any self-respecting life science leader or citizen.

If a person, president or otherwise, incites the kind of violence we have seen, that act demands accountability. Actions have consequences. Lawmakers should apply those consequences, period. Our democracy is at stake. Without a democracy, nothing else matters.

Paul Hastings is President and CEO of Nkarta Therapeutics and Vice Chairman of the Biotechnology Innovation Organization.