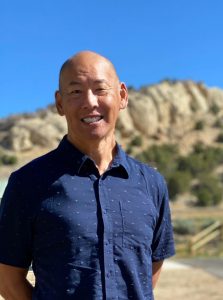 I have been a biopharma executive for 30 years. For the last 12 years, I’ve been living with Young-Onset Parkinson’s Disease.

I have been an Asian American even longer…all my life.

The biopharma industry has been very good to me, offering constant growth and opportunity for advancement and reinvention.

My most recent job was in patient engagement. It suited me well, given my journey with a neurodegenerative disease. This job required reaching out and actively listening to patients.

Too often, their stories were untold or fell on insensitive ears.

Our industry is moving toward being more patient-centric in both words and deeds. It’s an encouraging trend, as we learn a lot by actually talking with, and listening to, patients. Patients have long had to silently soldier on with their ailments, as the medical community often doesn’t listen well, barreling ahead with treatment plans based on preconceived biases of thinking it knows what patients need.

Listening to people, and giving voice to the voiceless, has been one of the most rewarding things I’ve done in biopharma.

I have learned from actively listening to patients. Silence doesn’t mean everything is OK.

This brings me back to the beginning. Growing up Asian American, I can relate on a certain level. Silence doesn’t mean everything is OK here either. We were raised by the generation before us to work hard, put your nose to the grindstone, and to not rock the boat. We are given lessons from childhood to “Get a good education, get a technical job; work hard… this is the American Way to success.”

Many Asian Americans have followed these lessons and found success in this country. But that doesn’t mean everything is OK. It creates the Asian American model minority myth. These same behaviors keep too many people silent, and blind too many others to the suffering in our midst.

You may have heard recent news stories of a surge in hateful actions, and sometimes violent attacks, on Asian Americans. Reports of hate crimes directed at us have reached an all-time high. It’s the direct result of political leaders who have recklessly politicized COVID-19 as “the Chinese virus” or “Kung Flu,” with no apparent concern for how followers might act on those hostile words.

These are not one-off incidences. The video of a frail, elderly Asian American man, Vichar Ratanapakdee in San Francisco being violently and fatally pushed to the ground was horrifying.

In New York, a middle-aged man riding the subway had “smile” viciously carved from ear to ear by a deranged slasher.

In Maryland, a young Chinese American man riding his bike on a neighborhood bike path, while on a date, was chased and pelted with rocks by kids screaming racial epithets.

There have been countless reports of health care providers being verbally assaulted and spit on, told to “go back to your country and bring your Chinese virus with you.”

Ironically, many of these same Asian American frontline nurses and physicians were on their way to the ICU to battle for the lives of COVID-19 patients.

Many of these victims of racial abuse in the healthcare system are second and third generation Asian Americans. Over the past four years, I have personally experienced racial intolerance, which I haven’t experienced since early childhood.

I had naively thought that overt racism was from a bygone era, and that we now lived in a racially tolerant world. I worked and raised my bi-racial children in San Francisco, the melting pot of all melting pots. My former SF home was only blocks away from Mr. Ratanapakdee’s home in the Richmond District.

The rise in Asian hate crimes, especially over the past year, has changed my perception of our country as a place making steady progress as a multi-ethnic, multi-racial melting pot. So did the horrible murder of George Floyd.

These are scars on American society. What can biopharma do to help the country heal?

There are a few things within our control. Biopharma has plenty of room to improve diversity hiring. It’s true that biopharma already does hire and employ a high percentage of Asian Americans and Asian Nationals. Many continue their daily work without complaint, and without rocking the boat. But silence shouldn’t be interpreted as thinking everything is OK.

Last week, I was invited to provide patient input to an Asian based startup. This company is eager to incorporate patient perspectives in their drug development and commercial strategy for its Parkinson’s drug candidate.

In our Zoom call, the killing of Vichar Ratanapakdee, the 84-year-old man in San Francisco, came up. The pain from employees was evident, coming right through my screen.

Afterwards, the co-founder of this company, based in Asia, told me that Mr. Ratanapakdee’s death was on the front page of every Thai newspaper, and media channels were stating that the US was not a safe place for Asians to work.

The Asian American community has been alarmed and awakened by this escalation in hate crimes. Every night in the past weeks there have been Clubhouse chatroom sessions hosted by Andrew Yang, Lucy Ling, Daniel Dae Kim and other outraged Asian American leaders.

Like disease advocacy, ethnic advocacy gets a boost from celebrity headliners, but the real execution comes from grassroots involvement.

I have been reflecting of late on our own industry and what we can do to foster more of the grassroots engagement that leads to lasting change.

For any company on a quest for talent, every good hire is gold dust. We need to hire, retain, promote and develop all our employees. One key departure of any single pivotal employee can set us back on our project timelines. Racial intolerance threatens our companies’ often razor thin chance for success. Overt and institutional racism is clearly not within the remit of any one group to remedy. What can our industry do to convert this into an opportunity for the greater good?

There are things we can do to influence our biopharma ecosystem. BIO and other biopharmaceutical trade associations can play an influential role.

Here are a few thoughts:

This is much bigger than Asian American intolerance. It is the essence and mission of our industry.

[Editor’s Note: Paul Hastings, CEO of Nkarta Therapeutics and vice chair of BIO, provided encouragement and feedback on this piece.]

An Industry that Depends on Diversity Should Defend It
Biotech Pride: 19 Industry Leaders Who Identify as LGBTQ
The Politics of Speaking Up