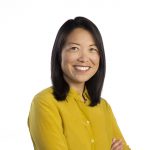 As a first generation Asian-American working in biotech in San Diego, I identified with the many good points in Kevin Kwok’s piece on Mar. 9 about the rise in hate crimes.

Fast forward to the end of March, and we have seen more horrific attacks. The element of race (and gender) in these attacks is sometimes overtly declared; at other times it’s an unavoidable subtext. But the pattern is clear.

There were the shootings in Atlanta. Then came reports of violent attacks in New York, including one against an elderly Asian American woman on a sidewalk while witnesses stood by and did nothing.

As Kevin wrote here, many Asian Americans have remained silent for reasons that are deeply ingrained in family and the immigrant experience. But as he said, silence doesn’t mean everything is OK.

Today more and more Asian Americans are bringing an end to the silence. We are thinking about what to do.

A fellow investor, Dave Lu at Hyphen Capital, has organized 1,000 Asian American business leaders to sign on to his effort to show ourselves, see each other, and take positive action against Asian hate.

This group has bought a full-page ad in the Wall Street Journal today and created a website, standwithasianamericans.com. Our goal is to build public support, both through the power of names attached to prominent companies in the US and the dollars to organize. We are asking allies to join us in this effort. Zoom, DoorDash, Peloton, BMS, JNJ are already there – it would be great to add some more biopharma names as well.

To me, the question boils down to the American dream, which isn’t so much about buying a home with a white picket fence (sadly too expensive for too many today).

Instead, it’s about meritocracy. Which America do we believe in, the one where your talents and spirit drive your achievements or the one that uses racism to devalue other humans and hold them back? I believe the biotech community sees how immensely difficult our goal to improve human health is and largely welcomes people from all over the world to the challenge.

There are biases at work, some overt and some implicit. We have work to do. Have we conquered microaggressions, hiring for fit as a code for lack of diversity, bias against non-native English speakers, or even the (over)reliance on past performance when predicting future success?

All of these tendencies reinforce the status quo – supporting the people in power and those who look like them. These biases undermine a true meritocracy.

These problems are deeply embedded in our broader culture. It’s not a problem we can outsource to one activist group or another. It takes conscious behavior change in school, work, government and organizations of all kinds. Biopharma’s mission is to use science to alleviate suffering of all people. It’s a humanistic enterprise at the core. This work includes us.

Friendly reminder to colleagues: while we go about our work creating and testing new medical treatments, remember your Asian American colleagues — people who often play crucial roles in this work — may be feeling unsafe.

As a California resident surrounded by plenty of Asians, I think I may have been in denial until recently about the rising tide of anti-Asian hostility in the US. I bought into a “safety in numbers” mindset. It’s a feeling of security knowing people are used to seeing a lot of Asian Americans. That clearly doesn’t work if bystanders are not around or unable or unwilling to help in a moment of crisis.

Please consider checking in on your Asian American co-worker to lend a caring ear or other show of support. Showing some empathy is a start. It’s meaningful.

The pandemic has broken down some walls between work and home. This might be a good time to send some love to your fellow human at work, even if you can’t yet give your colleague a hug. I know I’ve had some despondent moments, when this rising tide of hate feels overwhelming.

The care I have lately received from fellow biotech people has buoyed my mood and helped renew my hope for the America I cherish.