Many of us first experience exercise as kids playing sports.

Think back to the coach yelling at you and your teammates to run the extra lap. Maybe this helps explain why fitness and competition seem inextricably linked to so many adults, so many years later.

Digital fitness companies know this. Many digital fitness offerings lean heavily into the competitive aspect, urging us forward with leaderboards. The apps, and the coaches on the screens are always encouraging us to beat our previous times, or strive for an improved physique. A recent digital fitness company with a $1 billion valuation was recently described by Wired as “a home gym for folks who want to get ripped.”

I’m not sure this framework works for everyone. It may not even work for most of us.

Many people who would reap big health benefits from more regular exercise are actively discouraged from even getting started by this relentless emphasis on competition and maximizing performance. This aversion to contrived competition may be especially acute among the least fit — the “future former coach potatoes” — who aren’t likely to be living near the top of leaderboards any time soon.

Other potential participants — reasonably — might be inclined to focus not on achieving a new personal best one mile run, or developing Terry Crews pecs, but rather trying to maintain an existing level of performance, or attenuating age-related decline.

Yet, almost everywhere I look in the digital fitness world, I see jocks-turned entrepreneurs creating platforms that seem designed for similar athletes, participants who tend to skew relatively young, and seem motivated (or motivatable, at any rate) by competitive zeal.

Perhaps these platforms are competing for a particularly high-value demographic. (Wall Street firms are apparently populated by some serious athletes, for example.) Alternatively, developers of digital fitness companies simply may be oblivious to the opportunity to serve a large population of potential users who are turned off by the emphasis on competition.

Motivating exercise is an intrinsically difficult problem. Exercise is, by definition, hard work and pointless except as an end itself. (Unfortunately, it also happens to be good for you.) 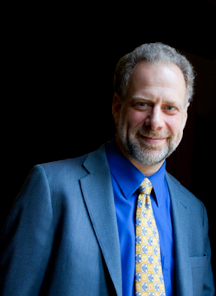 As Daniel Lieberman, a human evolutionary biologist at Harvard University, discusses in Exercised (see here), purposeful activity was an important aspect of early human societies, generally involving the pursuit of basic needs (food, shelter, safety, and community — e.g. ceremonial dancing). But until modern times, no person, and probably no living creature, would ever engage in gratuitous activity, and expend precious calories solely for the perceived long-term benefit of doing so.

Telling people to exercise because it’s good for you may work for some especially disciplined individuals, but clearly many have yet to be inspired. Putting a stationary bike or a treadmill in front a TV set may help others, but this gets stale quickly.

A few new entrants in the digital fitness industry have shown that an engaging and immersive experience, led by an encouraging guide, can be captivating. The model for this, of course, is Cody Rigsby of Peloton, who inspires participants with his stories about topics from high school to pop culture to disease awareness, mixing in personalized shout-outs, while also adjusting the cadence and resistance of the ride.

What if you could take these aspects, and disentangle them from the leaderboard and performance component?

Imagine, for example, a treadmill program that led walkers, joggers, or cyclists on virtual tours of famous natural parks and historical sites, with progress through the tour keyed to your rate of movement. Maybe, virtually, you could stroll Versailles, walk the fields of Gettysburg, climb Masada, explore Robben Island, seeing the sites and learning history while you are exercising from home.

There are so many ways to integrate exercise, media, and education. A social component could even be woven in to foster camaraderie and community.

Existing companies have components of the sort of offering I’m envisioning. Peloton, for example, has not only recognized the value of motivators like Cody (distinguished by their extraordinary ability to engage and relate), but more recently has added scenic ride options for participants, an alternative to the usual class format.

Other fitness companies are pursuing distraction via gamification – eg Zwift for serious indoor cyclists (a good interview with co-founder and CEO Eric Min is here), and the VR-delivered Supernatural (reviewed here) – though it’s hard to imagine Grandma drawn to either one.

The company that seems most interested in targeting a diverse range of participants (diverse in age and athleticism if not in disposable income) is Apple.

First, Apple (not surprisingly) has developed remarkably good hardware – Apple Watch, for example, out-performed a number of competitors in a well-executed academic study out of Jessilyn Dunn’s group at Duke. These data are in line with my own recent disappointing experience with another wrist wearable; in my direct comparison, Apple Watch measured heart rate more reliably, while the other product produced conspicuously spurious readings on several occasions.

Second, Apple is already a media company, so it has both the resources and the mindset to make its hardware products quite interesting. Apple seems to have started developing a rapidly-expanding range of offerings, through the “Fitness+” platform, to motivate participants, including walkers (via the “Time to Walk” feature – I’ve discussed here) and older individuals (“Workouts for Older Adults”). The overall strategy feels brilliant.

But as we’re envisioning the future of digital fitness, and thinking about how to leverage these emerging tools to sustain health, let’s ensure that the limits of our collective entrepreneurial imagination aren’t defined by the singular framework of competitive athletics.