Digital platforms such as Peloton and Tonal have clearly learned how to use emerging technologies to cultivate healthy exercise habits and a loyal base of fitness-focused customers.

These same technologies would seem ideally suited – if presented in the right way – to coax more people off the couch in the first place.

This represents an enormous health — and market — opportunity, as well as a notoriously difficult challenge, one that remains largely unsolved.

The digital fitness world I see reminds me so much of the academic sports medicine and “human performance lab” world: inhabited largely by the already-fit and exercise committed.

The concern is whether there’s something a bit hermetic about this – if you spend your life living among the fit and fit-obsessed, it may be easy to lose touch with the many who avoid exercise but desperately could use some.

Research efforts aimed at exploring and extending the extremes of human fitness, say, or reducing injuries in athletes may uncover principles and insights that apply to the rest of us, but there may also be important learnings that require dedicated focus on the exercise-avoidant, who are unlikely to find their way into a sports medicine clinical center.

To adapt a phrase, and a mindset, from Pete Buttigieg: both sports medicine and digital fitness need to spend a lot more time thinking about how to embrace “future former couch potatoes.” 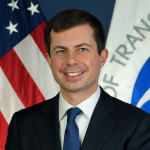 While campaigning for the 2020 Democratic nomination for President (he now serves in the Biden Administration as Transportation Secretary), Buttigieg famously emphasized the importance of speaking not just to Democrats and swing voters, but also to traditional GOP voters – or as he termed them, “future former Republicans.”

For Buttigieg, this wasn’t just a slogan but a strategy. Unlike the many candidates from both parties who tended to cling to media perceived as friendly, Buttigieg enthusiastically, and deliberately, appeared on Fox, for example, which he described as an opportunity to get in front of voters who might not otherwise have a chance to hear his views directly.

The analogy to fitness feels especially apt. While nominally embracing all comers, many digital fitness platforms – and sport medicine researchers – remind me of the Republicans who do appearance after appearance on Fox, or the Democrats doing the same on MSNBC or CNN. In both cases, the politicians are targeting their appeal to viewers most likely to respond.

While I understand the appeal of such “fan service” from a business perspective (essentially, the customer acquisition cost is far lower), ultimately both industry growth and population-level health impact will require broadening the outreach.

Moreover, unlike with politics, where evidence suggests we cling incredibly tightly to political affiliation as a core part of our identity, fitness status identification is likely to prove far more malleable. Many exercise-avoidant people, I suspect, might be even happier to re-identify themselves as exercise initiates if they found an activity that sufficiently engaged them.

In summary, from a health perspective, it seems like there’s a huge segment of the population that could benefit from digital fitness if only they were deliberately approached.

Aarti Kapoor, who follows the health and wellness space closely at a top investment bank (you can catch an enlightening discussion with her here) tells me that “the majority of institutional capital over the last few years has gone towards digital fitness concepts in the premium segment, which are targeting consumers who are already focused on fitness (if not ‘fitness enthusiasts’ or athletes).”

She notes that most of these companies sell a platform that requires “a hefty multi-thousand dollar upfront purchase of equipment / hardware followed by ongoing monthly subscription fees.”

Wirecutter (the go-to product review website, owned by New York Times) reports similar figures, noting that between the initial equipment cost and recurring monthly subscription feeds, “Becoming a member of the Peloton pack is an investment: roughly $2,500 for the first year and nearly $500 each year thereafter. And that’s for the base model.”

Kapoor adds that institutional investors were comfortable with these companies because the investors felt that “the ‘sunk cost’ of the upfront hardware purchase … makes for a stickier consumer base in the long-term.”

In contrast, she points out, institutional investors remain wary of digital fitness offerings that involve “content only” (i.e. no equipment like a Peloton bike). While content-only offerings come in at a more manageable price point for customers, and are relatively easy to scale, Kapoor says investors worry these products won’t be especially sticky, leading to lots of churn as customers surf from platform to platform to platform.

One brick-and-mortar company that has done incredibly well by targeting first-time fitness customers is Planet Fitness. Kapoor says the company has built “robust brand equity on the premise of a welcoming, non-intimidating environment (coined the ‘Judgment Free Zone’).”

According to Kapoor, Planet Fitness, with more than 2,000 locations and more than 15.5 million members, “has demonstrated an unmatched ability to offer broad demographic appeal catering to 80% of the U.S. population that does not belong to a gym — for example, approximately 35% of new members have indicated that they are first-time gymgoers.”

Planet Fitness relies both on local marketing as well as a well-conceived national campaign that astutely targets new customers through commercials that position the brand as an approachable alternative to competitive boutique cycling classes (this “Bike of shame” ad) and high-end gyms populated by buff narcissists (this “Mirror guy” ad).

Looking at the category as a whole, Kapoor ultimately lands on the exact question that I’ve been fixating on: “Where is the Planet Fitness of the digital world?”

Such an offering, in targeting “future former couch potatoes,” seems remarkably promising from both the perspective of both health and economics.

It’s an opportunity that’s in plain sight, for those who are looking.