Today’s guest on The Long Run is Brad Gray.

Brad is the CEO of Seattle-based NanoString Technologies. 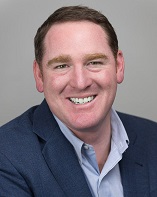 NanoString started out in the early 2000s by making digital “bar codes” that allowed it to do multi-plex gene expression – the analysis of multiple genes at once, and the extent to which they were dialled on or off in a given sample.

The technology caught on with a few prominent early adopters in academia. But the company struggled in the early years of selling instruments and consumables to academic labs. Brad was hired in 2010 to be the CEO who could take it to another level in commercialization, and lead an expansion that would take the company into the cancer diagnostics business.

There were some ups and downs. For a while, Nanostring got by with cash from pharmaceutical partners who wanted to evaluate tumors in patients getting immunotherapies. This was a time when many in biopharma was trying to understand what made some tumors ‘hot’ and others ‘cold’, and there was growing interest in why some patients respond and others don’t.

Nanostring in 2019 decided to divest its cancer diagnostics work, and concentrate on a new technology platform – GeoMx. This is the latest tool from Nanostring, and it’s caught on with scientists much faster than the first. These are the early days of spatial biology – in which Nanostring and others are seeking to shed light on what’s going on in cells with fine-grained resolution, but also with more context that can sometimes be lost.

The company’s new ambition — “map the universe of biology.”

As a young person trying to break into biotech, he got some international experience, worked as a consultant, and then got a chance to learn the diagnostics business under Henri Termeer at Genzyme. Brad is one of the many executives who credits Henri with inspiring him and creating an opportunity for him to thrive.

I think you’ll enjoy this conversation with a business leader of a company with an enabling technology.

Please join me and Brad Gray on The Long Run.

Restoring Eyesight in the Developing World: Dr. Sanduk Ruit on The Long Run