Today’s guest on The Long Run is Jenny Rooke.

Jenny is the founder and managing partner of San Francisco-based Genoa Ventures. 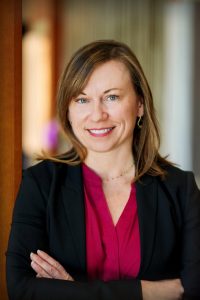 I’ve been wanting to invite Jenny on the podcast for a while. Back in 2018, I profiled her as one of “Nine VCs Who Matter, But You Never Read About.”

As I wrote then:

“VCs take on lots of different types of risk. There’s biology risk (something can’t be reproduced from mice to humans). There’s management risk (sometimes you back bad executives). There’s market risk (maybe the market won’t buy what you’re selling at your preferred price). There’s syndicate risk (your co-investors might run out of money or lose faith, forcing you to prop up portfolio companies if you want to keep them alive to the next milestone).

What you seldom see are VCs who shoulder a more profound type of risk, not just by starting their own firm, but by starting a venture firm with an unproven business model.

She started her firm by building the largest life science syndicate on AngelList, not by going to the usual big pension and endowment funds that typically invest in VC funds as limited partners.”

Here’s how she describes her approach:

“I’m particularly motivated by novel research platforms because part of what surprised me about lab work was how manual, and slow, and low through-put a lot of available tools were for doing science, so when I see companies that are trying to develop new tools that make more and better data for researchers that gets me excited.”

How’s it going so far?

Like any early-stage VC, it takes a while to build a track record.

Zymergen went public in April, and now has a market valuation of $4 billion. Caribou Biosciences recently filed IPO paperwork to raise up to $100 million.

It took a lot of guts and creativity to do what Jenny has done, and continues to do.

Before diving into her story, a word from the sponsor of The Long Run.

The SYNTAX System prints DNA, on-demand, right in the lab. Researchers simply import their sequences, and within hours the system synthesizes DNA oligos that can be used immediately in molecular biology and genomics workflows.

DNA Script’s enzymatic DNA synthesis emulates nature to overcome the drawbacks of the  chemical-based methods traditionally used until now. Designed for fully automated, walk-away synthesis, the SYNTAX System takes less than 15 minutes to set up with no special training to operate.

With SYNTAX, researchers can accelerate discovery with DNA on-demand.

Now please join me and Jenny Rooke on The Long Run.