Today we have a pair of guests on The Long Run — Julie Grant and Sam Blackman. 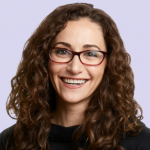 Julie is a venture capitalist – a general partner at Canaan Partners. Sam is a pediatric oncologist and drug developer. After a routine business meeting, they realized they had something in common. They both believed that the pharmaceutical industry can — and should – find a way to do a better job of developing cancer drugs for kids.

So they did what scientific entrepreneurs do. They took a gamble, and tried to figure out how to do something that hadn’t been done before. They poured a lot of time and energy into fleshing out a concept of a purpose-built precision oncology company that puts the needs of children first. That concept became San Francisco-based Day One Biopharmaceuticals. Julie is the board chair, and Sam serves as chief medical officer. 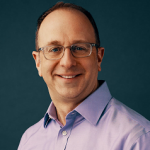 I wrote about the company a couple times for Timmerman Report a couple times before it went public, and subscribers can go back and read those articles from May 2020 and February 2021. The company now has a market valuation of more than $1.5 billion on the day of this recording. Side note here–if Day One is successful, its work could spill over and benefit adult cancer populations as well – but I digress.

Julie and Sam are creative, tireless people committed to helping kids with cancer. I think you’ll enjoy hearing them talk about this new journey in applying science for the betterment of human health.

Before we get started, here’s a word from the sponsor of The Long Run.

“After almost half a decade of being graced by your presence, my sense of wonder and admiration for you has not waned one bit. In fact, it has only grown.”

This is an excerpt from a love letter written by Leonardo to his cells. One of several
incredible love letters written by amazing research scientists to give us a glimpse into the wonderment, the beauty, and the challenges of cell research.

Join us in this exploration of a connection like no other, part of the Love Your Cells
campaign.

Now please join me and Julie Grant and Sam Blackman on The Long Run.

Bringing Precision Medicine to Neuro: Ivana Magovcevic-Liebisch on The Long Run
Day One Shrinks Brain Tumors for Kids, Gears Up for First-Line Study