Tadataka “Tachi” Yamada, a distinguished physician-scientist who became a biopharmaceutical industry leader and a deeply respected advisor to biotech entrepreneurs, died the morning of Aug. 4. He was 76. 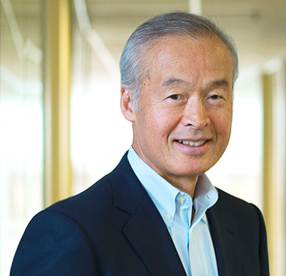 Yamada died from a heart attack while exercising at home in Seattle, said his son, Takao.

“He was a special person who did things to help people. That was his North Star,” his son said.

Yamada was a rare leader with experience in several dimensions of the scientific enterprise – academia, industry, and philanthropy. He was best known for high-profile roles later in his career as the chairman of R&D at GSK, the president of the $9 billion global health program at the Bill & Melinda Gates Foundation, and then as chief medical and scientific officer at Takeda Pharmaceuticals.

Those jobs came after Yamada made an early mark as a physician-scientist, specializing as a professor of gastroenterology at UCLA and then at the University of Michigan. He was elected by peers to National Academy of Medicine in 1994, around the time he made the move to the pharmaceutical industry.

Over the past 25 years, Yamada accomplished a series of things that will last. He built up GSK’s vaccine business to combat rotavirus and shingles and other infectious diseases. He further invested in vaccines at Takeda, including vaccines for dengue and norovirus. He helped transform Takeda from a regional pharmaceutical company into a top-tier global pharma R&D enterprise, serving as an important champion of vedolizumab (Entyvio) for Crohn’s and ulcerative colitis — a blockbuster product.

More recently, as an advisor to small companies, Yamada helped launch the Philadelphia-based gene therapy company Passage Bio with longtime friend and colleague Jim Wilson of the University of Pennsylvania, as well as Florham Park, NJ-based Phathom Pharmaceuticals, a developer of gastrointestinal drugs.

Many colleagues were shocked and in mourning over the death of such a healthy and vibrant man. 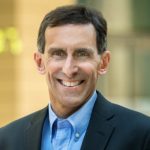 “He was the embodiment of life,” said Andy Plump, the president of R&D at Takeda who took over when Yamada left in 2015. “He took care of himself. Ate well. Exercised, literally every day.”

As a business leader, Yamada “was really, really smart. Very sharp. Extremely experienced,” Plump said. “He was tough. He had a vision and was not shy around that vision and really driving something he believed in.”

“I’m heartbroken,” said Thong Le, the CEO of Accelerator Life Science Partners in Seattle, who recruited Yamada to join his board of directors seven years ago. “It wasn’t his time. He was still doing so many great things…no matter how complicated the situation, he got to the nub and knew what needed to be done. He’s one of those few guys with a unique mix of understanding the medical need and all the business and technology challenges that go with developing a new treatment.” 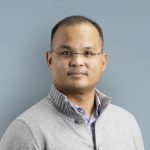 Bruce Goldsmith, the CEO of Philadelphia-based Passage Bio, a gene therapy company where Yamada was chairman of the board, was in grief.

“He put a lot of faith in me as a first-time CEO. He always gave me the support I needed to work independently, to build the company independently, but that wouldn’t mean he wouldn’t give me critical comments to think about…once he decided to invest in a person…I saw a massive amount of commitment from him. When there was uncertainty, questions as there always are, he’d set aside time constantly to make sure we’d figure it out.”

Yamada’s life journey started in Japan. He was born in Tokyo on June 5, 1945, just before the end of World War II. He moved to the United States as a boy and attended Phillips Academy in Andover, Mass. before going to Stanford University, where he majored in history.

After getting his medical degree at New York University, he did his internship and residency in Richmond, Virginia, followed by a three-year stint as a major specializing in infectious diseases at the US Army Medical Research Institute of Infectious Diseases. He spent the next 20 years as an academic gastroenterologist, starting at UCLA and then building one of the nation’s leading departments at the University of Michigan.

He sought new opportunity to help patients through industry at SmithKline Beecham in 1994, starting in a non-executive director position. He quickly worked his way up, ultimately overseeing one of the industry’s major R&D engines at GSK in the early 2000s, following a megamerger with Glaxo Wellcome.

Yamada saw a new opportunity in 2006 to take over the global health program at the Bill & Melinda Gates Foundation. The world’s largest private philanthropy was ascendant on the global stage, flush with cash from Warren Buffett, and in position influence global health priorities around fighting tuberculosis, malaria and HIV. He stayed five years before moving back to industry.

At Takeda, Yamada was able to use his accumulated experience to help position the company to make a bigger global impact.

At the time, Takeda was fragmented across four organizations – Takeda Japan, the TAP Pharmaceuticals joint venture between Takeda and Abbott, the Millennium Pharmaceuticals team in Cambridge, Mass., and Nycomed in Europe. “He started a process, a fairly challenging process, of consolidating activities,” Plump said.

When Hasegawa stepped aside and Christophe Weber came in as the first non-Japanese CEO of the 200-year-old company, Yamada, about 70 at the time, played an important role in keeping the transition on track until it was time for Weber to bring in a new R&D chief he could work with for the next decade. “Tachi bridged between them [Hasegawa and Weber] and lit the flames of cultural change in R&D,” Plump said.

The last chapter of Yamada’s career was a whirlwind. He served as chairman of the board at Phathom Pharmaceuticals, Passage Bio, and Athira Pharma. He served on the boards of a number of other small companies, partly through his relationship with Frazier Healthcare Partners.

The Frazier relationship provided an avenue for him to help a number of entrepreneurs across disciplines. The work there dated back to his time at the Gates Foundation. He stepped away from Frazier during his time at Takeda to avoid conflicts, and then returned as a venture partner in 2015.

It was an opportunity to paint on a broader canvas across the startup community, and to pick the people and projects he felt passionate about.

A day after the announcement that he was leaving Takeda, Le happened to have a pre-scheduled meeting. He walked in and got straight to the point. “Hey, I saw the announcement, and I’m sure 100 people will ask you the same thing. But I need your help,” Le said.

He asked Yamada to join his board.

Then came an unequivocal answer.

I haven’t figured out what to do with my time, Yamada told Le, “but I believe in you. Of course, I’m going to help you.”

Le was a bit choked up re-telling the story, knowing how many doors Yamada opened, and how much his committed counsel helped keep things moving forward for Accelerator. “I feel like I’ve lost a mentor, and almost like I’ve lost a father,” Le said. 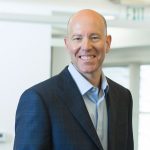 Jamie Topper, managing partner at Frazier, said the firm was eager to have Yamada re-engage the last six years. Phathom and Passage are a couple of the portfolio companies that he helped ignite.

“Tachi is a polymath. As far as I can tell, he worked 22 hours a day, 7 days a week,” Topper said. “When he was looking at an area, he read widely in that area. He would know everything from the basic science to the clinical relevance. He lived and breathed medicine his entire career. He was a man of breadth and depth. He brought a compassion for patients and the families of the patients.”

Stylistically, Yamada was poised. He could come across as mild-mannered and soft-spoken. A man who would choose his words carefully, and speak succinctly.

“One of my favorite things about Tachi is that he was always very direct. He would do it in a polite and respectful way. If he disagreed with you about something, he could disagree and it would remain civil,” Topper said.

Le, of Accelerator, spoke of that same directness. Yamada would listen carefully and absorb information. He would also suffer no fools. “He could cut the BS and get right to whatever was most important,” Le said. “It’s such an important skill in today’s world with so much information. Knowing what to focus on can mean the difference between success and failure.”

Goldsmith of Passage Bio said he was struck by a certain agility of mind.

“You can have these big strategic overarching vision conversations with him, and then these really detailed operational conversations. He could back and forth, and it was his experience that enabled him to go back and forth. We could talk about where we should go and how to get there,” Goldsmith said. 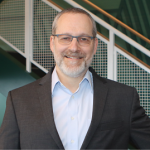 Not every polymath is known for personal warmth, but those who know Yamada said he radiated that, too.

Le said that when having a meeting, Yamada would often invite him to come sit down on a couch beside him, instead of from an imposing chair behind a desk.

Goldsmith said Yamada once told him, as the senior person in the company, it’s good to always show up 1-2 minutes purposely late for a meeting so that no one on the team would feel bad for showing up late and potentially irritating the boss. It was a subtlety, but it worked, Goldsmith said.

Plump recalls traveling to Japan and waking up at the hotel, jet-lagged, and heading down to the gym at some odd hour like 3 am or 4 am or 5 am. Always, he’d see Yamada already there doing his workout. Over 30 years, Yamada told him, he’d taken two days off from his physical fitness routine.

Yamada’s favorite drink was always an ice-cold green tea. It helped him stay fresh and energized for the work. He avoided alcohol. Those consistent, disciplined habits — of body and mind — were part of what made Yamada successful. Among the many bits of advice he gave his successor, Plump remembers the part about not getting worn out. “Take care of yourself,” Yamada said. “Because the things you’re going to have to do will be stressful at times.”

Another key piece of advice from Yamada: “Everyone you work with will have something positive to offer. You need to find out what that is, and position them best so they can provide that.”

The two men had many dinner meetings during the transition at Takeda, and Yamada enjoyed discussing his family and introducing them. Goldsmith noticed the same thing – no matter how focused or intense a meeting might have been, Yamada had time at the end to talk about life, family, what was new and interesting.

Plump shared one last story. Once, when he was stuck in traffic and running 30 minutes late for a meeting with Yamada, he felt terrible and apologized profusely upon arrival.

Yamada, the picture of discipline and poise, shrugged it off, and told him not to worry. Yamada had spent the time with four different newspapers open in front of him, absorbing information from different sources and perspectives.

Plump took note. There was a scientific executive always seeking to learn, always seeking to understand, always synthesizing different perspectives. A man on a quest to get to the heart of the matter, and to advance human health.