John Evans is today’s guest on The Long Run. 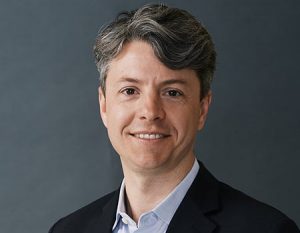 John is the CEO of Cambridge, Mass.-based Beam Therapeutics. The company was founded a little over three years ago to develop several types of DNA base editing developed in David Liu’s lab at Harvard University, along with an RNA base editor platform developed by Feng Zhang, at the Broad Institute of MIT and Harvard.

The gist of the idea, which John describes well, is that it’s possible to make precise gene edits with an adapted form of CRISPR technology that doesn’t need to cut out a whole disease-related gene. It can achieve a therapeutic goal by acting in an even more precise way – by finding an exact spot in the 3-billion base pair genome, and modifying a single chemical base of DNA.

Beam is seeking to put different pieces of the technology puzzle together, with different types of editing, different modes of delivery, and thinking through how these combinations make the most sense for different therapeutic indications. When does it make sense to do edits outside the body (ex vivo), and when it’s better to do the edit inside the body (in vivo)?

The company’s first two programs aimed for the clinic, BEAM 101 and BEAM 102, are for sickle cell disease and beta-thalassemia.

It’s heady stuff. As it matures and becomes closer to becoming a real thing that might become an FDA approved product, it’s likely to generate a lot of fear and controversy in the public. I asked John a bit about that toward the end of the conversation.

Before we get started, here’s a word from the sponsors of the show.

“After almost half a decade of being graced by your presence, my sense of wonder and admiration for you has not waned one bit. In fact, it has only grown.”

This is an excerpt from a love letter written by Leonardo to his cells. One of several incredible love letters written by amazing research scientists to give us a glimpse into the wonderment, the beauty, and the challenges of cell research.

Join us in this exploration of a connection like no other, part of the Love Your Cells campaign.

The SYNTAX System prints DNA, on-demand, right in the lab. Researchers simply import their sequences, and within hours the system synthesizes DNA oligos that can be used immediately in molecular biology and genomics workflows.

DNA Script’s enzymatic DNA synthesis emulates nature to overcome the drawbacks of the chemical-based methods traditionally used until now. Designed for fully automated, walk-away synthesis, the SYNTAX System takes less than 15 minutes to set up with no special training to operate.

With SYNTAX, researchers can accelerate discovery with DNA on-demand.

Now, please join me and John Evans on The Long Run.

The Long Run with Luke Timmerman · Ep97: John Evans on Base Edited Therapeutics