The review speaks for itself, of course, but Hoffman’s account, and others like it (there are many – for example, Guy Raz’s delightful How I Built This) present a seductive portrait of entrepreneurship that TR readers should approach with caution.

Hoffman appears to earnestly believe that building a company represents, in his words, a “hero’s journey.” Often, he presents their adventures through this narrative template, offering carefully crafted dramas that, like an Aesop Fable or a tale from Greek mythology, tidily convey a handy lesson and an appealing moral at the end.

Many of these founder stories have in their own way approached the level of mythology, serving as familiar touchstones for the startup community, and inspiration for would-be heroes seeking their own ascent to Olympus. 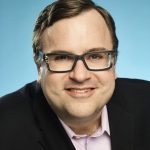 Much of Hoffman’s advice seems authentically insightful, the result of hard-won experience.  One example: his suggestion that successful entrepreneurs need to “learn to unlearn,” since the strategies and approaches that take the company to a certain point might not take them to the next inflection point.

Here, Hoffman echoes one of the most powerful points former Pixar CEO Ed Catmull makes in Creativity Inc., (see here, here) and also shared with me in conversation: success, especially in any creative domain, isn’t formulaic – and intrinsically, can’t be.  Just because you’ve managed to come up with one exceptional movie, say, doesn’t mean that now you know how to create the next imaginative film.

“People want to hang on to things that work—stories that work, methods that work, strategies that work. You figure something out, it works, so you keep doing it—this is what an organization that is committed to learning does. And as we become successful, our approaches are reinforced, and we become even more resistant to change.”

He goes on to argue that change is essential, and that creative teams have to reinvent themselves constantly. This is also a point University of Pennsylvania psychologist Adam Grant emphasizes repeatedly in his popular new book, Think Again.

I’ve previously contrasted this to the tendency of many pharma companies to fixate on a successful new drug and look for the magic, repeatable formula for success, a golden methodology or durable template that might serve as a model for future drug development. I’ve seen many examples of this ending badly.

As instructive as Hoffman’s advice can be, his founder tales can also be misleading.  Many of these stories – oft-repeated legends by now – are so compelling it can be easy to forget just how sculpted and sanitized most are. For example, in a chapter on the importance of establishing a good company culture, Hoffman extols the approach taken by a Boston marketing startup, where the executives emphasize all the right things.  Yet this feel-good adulation contrasts sharply with journalist Dan Lyons’s lived experience at the same company, savagely documented in Disrupted.

Entrepreneurs seeking balance would do well to read Ali Tamaseb’s SuperFounders, discussed here, which offers a relatively quantitative look at factors that are (and are not) associated with founder success, defined in this context as achieving a billion-dollar valuation.  The book, with its more quantitative perspective, is especially valuable as a counterpoint to narrative-driven stories that are so digestible, and hence, popular.

For example, while heartwarming accounts of founders doggedly pursuing, and fulfilling their life passion attract journalists and engage readers, Tamaseb points out that many successful founders discovered their purpose only after they landed on something they toiled at for years happened to take off (see here).

However, as Tamaseb explains, his data reveal “no correlation between number of cofounders and success.” While he notes that “most successful solo founders either had a successful exit before or were big-name executives at a large company,” he still is reluctant to advise first-time founders without this background to reflexively partner up.

“I would say to a first-time founder not to force finding a co-founder just so that they have a co-founder,” he tells me.  “Chances are their company will fail because of conflict with a person they don’t know. But if there’s someone that adds to their company something they can’t bring and they know how to work together, it’s probably beneficial to them to pair up.”

Aspiring founders seeking pragmatic advice also might discover an essential resource in Jeffrey Pfeffer’s unvarnished studies of leadership. A professor at Stanford’s Business School, Pfeffer has spent his entire academic career rigorously studying how leaders actually acquire power; for around four decades, he’s taught a popular course on the topic “Paths to Power.” He’s also written several books on this, including Power, and Leadership B.S. – both of which are required reading; his forthcoming Seven Rules of Power promises to be similarly relevant. 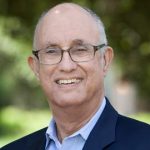 (Note for readers in universities: there a classic paper, “How To Swim With Sharks,” written by the late John Hopkins professor of bioengineering Richard Johns under the pseudonym Voltaire Cousteau, that offers similarly concise, and equally essential, advice tailored to aspiring academic leaders.)

Pfeffer’s basic point is that the qualities that leaders use to acquire power are often (and nearly always) different that the noble attributes leaders tend to extol and pay homage to after power is acquired.

(Here Pfeffer echoes William S. Gilbert’s legendary Pirate King, who first observed over a century ago, “But many a king on a first-class throne/If he wants to call his crown his own/Must manage somehow to get through/More dirty work than e’er I do.”)

With example after example, Pfeffer points out that powerful leaders very deliberately craft their own history after the fact. “Once you become successful and powerful,” he writes, how you got where you are will be mostly forgiven, forgotten, or both.” Consequently, he is especially suspicious of tidy success narratives – especially when meticulously crafted by those who’ve already achieved power.

The animating conceit of Hoffman’s Masters of Scale is that entrepreneurs can realistically hope to pretty much have it all. They can possess the aggressive, expansionist mindset and indomitable determination to enables their startup to achieve explosive growth, yet, through diligent stewardship of culture and leadership, they also can accomplish this while avoiding nearly all the toxicities that have given so many rapidly-growing tech companies a bad name. Examples here include Facebook’s deliberate prioritization of growth to pursue “domination,” as I’ve discussed here, or the notorious bad behavior of founders like Uber’s Travis Kalanick.

Hoffman, explicitly, and to his credit, acknowledges that entrepreneurs often need to make tough choices, and occasionally navigate through transiently uncomfortable situations.  He describes executives in the early days of PayPal ignoring clamoring customers so the team could rapidly build the next iteration of the platform.  “You need to think about future customers as well as your current ones,” he says, adding he’d make the same decision again.

At the same time, he emphatically condemns the behavior of Kalanick, for example, and suggests startups avoid these outcomes by placing an early emphasis on culture, and demanding a different sort of leader.

It’s easy to read Hoffman and nod along with his comforting assurances that a startup can rise to prominence without using especially objectionable means to get there.

But then, we think of Pfeffer’s many uncomfortable examples of how leaders actually acquired power.  We’re compelled to ask ourselves whether we should really expect a startup’s path to power is likely to be that different. It seems more than possible that the traits required to grow a fragile, nascent startup into a global powerhouse may be conspicuously different, and considerably less congenial, than the traits the company, its management, and its investors typically choose to highlight after the fact.

In a particularly eloquent meditation on founders, Shira Ovide of the New York Times writes that while she’s angry at founders who behave badly, “deep down, I also wonder whether unscrupulous, boundary-pushing executives are an inescapable part of innovation — rather than an aberration.”

She’s also not sure “if curtailing the excesses would also curb the ambition that we want. Sometimes the zeal to imagine ridiculously grand visions of the future brings us Theranos. And sometimes it brings us Google. Are these two sides of the same coin?”

Ovide sees Tesla CEO Elon Musk as an example of both extremes. He is an outrageously audacious entrepreneur, whose vision for electric vehicles has delivered “potentially planet-transforming change.” At the same time, Ovide writes, “Musk has endangered people’s lives by overhyping driver-assistance technology, has repeatedly over-promised technology that hasn’t panned out and has skirted both the law and human decency.”

As Ovide’s colleague Cade Metz highlights in Genius Makers (my WSJ review here), such hype is not unusual among the Silicon Valley elite.  These visionaries, Metz writes, recognize that “ideas might fail. Predictions might not be met. But the next idea wouldn’t succeed unless they, and everybody around them, believed that it could.”

Thus the wrenching question Ovide ponders: “maybe it’s impossible to separate the reckless carnival barker who deludes himself and others from the bold ideas that really are helping to change the world for the better.”

Hoffman, fundamentally, wants to assure entrepreneurs it’s possible for startups to rapidly soar to extraordinary heights, and behave relatively admirably while doing it. I want to believe this – of young companies, visionary founders, powerful corporate executives, prominent academic leaders, ambitious politicians. We all do. But, like Pfeffer, I struggle to get there, and find myself in the same boat as Ovide, who concludes, ruefully, “I just don’t know if we can separate the wonderful from the awful.”

Pharma’s Digital Transformation: Enduring Challenges, Sustained Hopes, And A Progress Report From Lilly’s CEO
What Should I Read? A Few Suggestions for Biotech Pros

After Devastating New Study, Is There A Future For Workplace Wellness – And Has Peloton Figured It Out?