Today’s guest on The Long Run is Christian Henry.

Christian is the CEO of Menlo Park, Calif.-based PacBio. It makes DNA sequencing instruments that are used by scientists around the world. 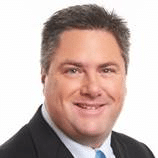 The company has long toiled in the shadow of the market leader – some would say monopolist in DNA Sequencing – Illumina.

PacBio was way overhyped in its early days, and crashed hard. It almost went out of business. But it always had a hard core band of loyal customers that allowed it to hang in there. I wrote a column in 2014 calling PacBio the “post hype sleeper” of genomics, predicting a comeback.

It has taken a long time, but that’s what happened. PacBio found a way to hang in there so it could continue to improve its technology on key parameters that matter for its scientific customers – cost, throughput, and accuracy.

PacBio’s most compelling advantage is that it offers “long read” sequencing. That means that its instrument can read long segments of DNA from a sample, before they get assembled back together into a whole genome. The longer read technology enables PacBio to scan especially tricky parts of the genome – long repeats and structural variations especially — and piece them together with a high degree of accuracy. Illumina, in contast, built its empire with “short read” technology, which had important advantages in terms of cost and speed.

A couple years ago, Illumina sought to acquire PacBio for $1.2 billion. That deal was scrapped after antitrust regulators in the US and Europe raised monopoly concerns.

This is where the story gets really interesting. Henry is a former Illumina executive, one of the key players in its rise to dominance. He competed against PacBio for years. He had retired from Illumina, and was sailing around the world with family. When the Illumina acquisition fell through, he took on a new challenge as CEO of PacBio. If PacBio was going to be independent, it would need to find a way to compete.

Over the past year, under new leadership, PacBio has executed on a bold growth strategy. Henry brought in some key recruits from his former employer. PacBio has raised a ton of cash, and now has more than $1 billion in the bank. It acquired San Diego-based Omniome – a company with short-read sequencing technology that’s supposed to deliver a higher degree of accuracy. That could help fill a void in PacBio’s product lineup that it offers to customers who want short-read technology, as well as long read technology.

PacBio is now worth more than $5 billion.

It looks like a much stronger competitor now than it did a year ago.

It’s a classic story for The Long Run.

Now, before we dive in, a word from the sponsor of The Long Run – Answerthink.

Answerthink has been consistently recognized by SAP, one of the largest enterprise software companies, as a top business partner for delivering and implementing SAP solutions for small and midsized life science companies. Their SAP certified solutions designed for the Life Science Industry are preconfigured, rapidly deployable and address fundamental business and IT challenges such as:

Visit Answerthink.com/timmerman and get a copy of the e-book- “Top Three Barriers to Growth for Life Science Organizations.”

‘Art of Cells’ is the latest installation of Gibco’s campaign which explores the wonderful relationship between research scientists and their cells. We’ve searched far and wide for talented artists that express creativity in their own, incredibly unique style, and paired them with one of our research scientists.

Each artist was then tasked to create a piece of artwork that portrays the true beauty of cells. From poetry to embroidery, 3D animation to music, the ‘Art of Cells’ project promises to explore cell science in a way that has never been done before.

Discover the ‘Art of Cells’ at thermofisher.com/GibcoLoveYourCells.

Now, please join me and Christian Henry on The Long Run.