The best concise summary I’ve seen of tech industry travails in healthcare comes from Blake Dodge, a reporter at Business Insider. Dodge had just written a piece about Apple Health, and took to LinkedIn to share an additional quote that didn’t quite make the final copy.

“I think they came to it pure of heart, really thinking that they could design something that would be ultimately logical,” a source at Apple told Dodge. “But the problem is, is that the actual way that healthcare is delivered in the US is not a one size fits all experience. It’s actually incredibly heterogeneous.”

What’s more, this heterogeneity is expressed on every level, from the services and care provided to the way health information is managed – as Google engineer Adam Connors recently discovered.

An unexpected illness brought Connors face-to-face with the healthcare system, an experience that shocked him as a patient and troubled him as an engineer who thinks about how to improve systems.  Writing at CNN, Connors described poignantly the very personal consequences of a system unable to consistently access coherent and complete data, deficiencies that delayed diagnosis and complicated treatment. Being sick was stressful enough; dealing with a dysfunctional healthcare system made it even more frustrating.

Connors wondered how much waste and confusion could have been averted if his healthcare providers had a longitudinal health record, which would include all of an individual’s health information, independent of where care had been received. (I couldn’t agree more, and at a recent seminar at Duke, I pointed to the need for a comprehensive account of our health journeys as the single most important requirement for data-driven medicine of the future.)

It’s easy to feel discouraged about information sharing. For those working in healthcare, the obstacles are all-too familiar.

Consider an example that emerged from a panel discussion I recently moderated on digital health and diabetes co-hosted by the Digital Medicine Society (DiME) and the Veterans Administration (video here).

To facilitate the care of diabetic populations, a startup called Glooko developed a platform to aggregate a range of diabetes-related information. Glooko’s hope is to integrate data in a way that enables healthcare providers remotely monitor the health of their diabetic patients based on the data the patients regularly collect. Dr. Varman Samuel, an endocrinologist at Yale University and the VA, highlighted two conspicuous compatibility problems for Glooko: data from Medtronic insulin pumps and from Abbott’s continuous glucose monitoring system. Moreover, it seems that Glooko used to have access to data from Abbott devices, until it was “unilaterally blocked” by Abbott, according to this Medscape report.

An Abbott scientist on the panel defended the company, saying it collaborates with a number of manufacturers. Yet, as one of the panelists suggested, it appears Abbott has opted for a closed system, developing a data platform, LibreView, that’s analogous in intent to Glooko, yet which seems only to work with Abbott devices. It’s a familiar “walled garden” strategy utilized by a number of medical device manufacturers (for example, those who make ICU equipment), intended to motivate purchasers to remain loyal to the brand. Fellow residents of Apple’s walled garden will recognize the approach (as the Wall Street Journal’s Joanna Stern discusses here). 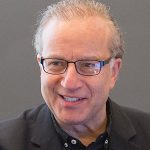 The whole podcast is required listening, including an excellent, concise overview at the top of the show by the hosts of the history of health data legislation, moving briskly from HIPAA to HITECH to MACRA to 21st Century Cures.

In the subsequent discussion with Kohane, seven themes stood out.

According to Kohane, despite decades of lamentation, “we have an uninstrumented healthcare system” meaning that “things happen in our healthcare system and we don’t even count them.”  This matters, he says, because “you can’t have accountable care if you can’t count.”

“The beginning of making our data work for us,” Kohane says, is to have our data “in a systematic, computable, form, or at least to have it,” so that various statistical methods can potentially “transform it into something computable” which can be used to generate “insights at a population level, and actions on the individual, clinical level.” In Kohane’s mind, while having computable data is helpful, he would absolutely prioritize gaining access to data in the first place, whether these data are immediately computable or not.”

“Lack of sharing,” Kohane says, “is core to the human condition,” and is exhibited by stakeholders throughout the system, from companies to healthcare systems to academic researchers to patient advocacy groups (yes, you heard that right). Kohane cites an example of “three different breast cancer groups not sharing data with one another,” an observation that would surprise no one familiar with the space. (I’ve discussed challenges of data sharing, including contrast between stated and revealed preferences, here.)

From the perspective of patients, the benefits of improved health data sharing are clear. Kohane shared the published example from 2009 showing that fairly coarse hospital discharge data could be used to detect domestic abuse in emergency room patients. Yet according to Koahne, “twelve years after we published that study, no one is doing it.” It’s “a huge health issue,” Kohane points out, but “is not an obvious income generating thing.”

Kohane also highlights the challenges faced by hospital CEOs, who might need to balance the desire of a physician to share data with what can feel like asymmetric downside risk, such as a data leak, that puts the executive on “the front page” of the paper. In other words, the risks associated with sharing data tend to feel larger (and certainly more palpable) to decision-makers than the consequences of not sharing.

Thus, while data sharing may be something that clinicians, researchers, and hospitals should do, actually persuading people to do things they don’t perceived as serving their self-interest can be a challenge. As Upton Sinclair famously said, “It is difficult to get a man to understand something when his salary depends on his not understanding it.”

Incentives impacting the adoption of emerging technologies have also been a preoccupation of thoughtful healthcare leaders including Stanford’s Dr. Kevin Schulman, who has emphasized the need for “innovative business models,” data that are “actionable by patients,” and an economic model that leverages data but focuses on service.

Kohane discussed several potential paths forward, advocating the pursuit of all of them simultaneously.

For starters, Kohane leads several  data sharing initiatives, such as the i2b2 consortium, and the 4CE consortium to evaluate COVID. By demonstrating the clinical and scientific value of data sharing, and learning what the sticking points are, the hope is to pave the way for broader changes. Kohane also highlights the role of regulation in compelling institutions to share data more substantively — as well as the need for institutions to understand and effectively manage the many regulations that seem to inhibit data sharing.

But ultimately, Kohane seems to have the greatest faith in what he describes as an “end run” – consumerism.

“Our data may or may not be made to work for us by regulators, by medical leadership, and by other august leaders,” he says. “But the consumerist wave, which will continue to flow over healthcare” may drive progress. He cites the example of the ability to download information from an increasing number of hospitals to Apple Health using standard APIs (programming interfaces) as an indication of where the future may be headed. “In the long term, I think it’s all going to be in the consumer play because it’s where you have the scale and where you have alignment of interest.”

Asked whether he’d like to see a single, consolidated database with all healthcare information, Kohane said he much prefers a federated approach, meaning that data live locally, and can be selectively shared using agreed-upon standards. As Kohane and Dr. Ken Mandl wrote in 2016, a distributed model enables “each institution’s data” to be “maintained separately,” which “afford local control over data.”

Why the federated approach? As Kohane explained on the recent podcast, “Medicine itself is so heterogeneous… it’s a very labor intensive, still, artisanal practice in many, many ways that if you just shove things up into a shared database, you’re actually missing a lot of the differences in practice.”

In essence, co-host Saporta summarized, “without having the context of where the data is coming from, you’re losing a lot of very important information.”

Instead, Kohane advocates the creation of “purpose-built” federated databases. He emphasizes that “no interpretation of clinical data … is universal for all purposes.” It’s critical to understand the context in which data are generated, he says, echoing a point that both Dr. Amy Abernethy and I have repeatedly made. Context matters.

As Kohane explains, “It’s just like science: a good biologist who refuses to understand the system in which they measure the proteins is as unlikely to come up with an interesting and robust finding as a machine learning expert who doesn’t want to get down and deep into how the data was generated.”

The notion of sharing health data faces increasingly strong headwinds, as discussions of tech company’s questionable use of data and penchant for surveillance has increasingly attracted national attention. The opportunity, says Kohane, is “to leverage the intuition that many patients have, which is they trust their doctor and they trust their healthcare system more than they trust some anonymous large data company.” He suggests we should “focus on the sociology of where trust lies and maybe try to widen it to different spaces.”

The importance of the trusted relationship between provider and patient, he noted, was evident in his experience assisting his elderly mother, who had struggled with her fluid balance and was hospitalized several times for diuresis. As Kohane had originally described to NPR, he had managed to help his mother stay out of the hospital simply by monitoring her daily weight, and, critically, engaging with her effectively when the numbers were off.

The key, Kohane emphasizes, wasn’t the sophistication of his (incredibly basic) treatment algorithm, but rather, his relationship with the patient. He notes that while previous peer-reviewed studies of his approach had generally not been effective, he was able to succeed, he believes, because of the robust and daily dialog.

Healthcare is still struggling to effectively utilize technologies that have transformed other industries. It seems clear by now that the most significant hurdle isn’t technology, but people and human behavior. At the same time, the greatest hope for progress in health also lies with people.

The challenge for technology is to leverage the best of medicine – including the often-powerful therapeutic relationship between caregiver and patient – while remaining cognizant of the very real anxieties. Most patients don’t want to be monitored all the time, or to continuously think about their health; hospitals want to provide excellent care but not reveal information that places them at a competitive disadvantage; researchers want to contribute to science but also manage their careers; companies have shareholders to consider.

Emerging digital and data technologies continue to often exceptional promise for healthcare, but delivering on this potential remains elusive. Success will depend less on the elegance of a particular technology, and more on the emotional and organizational intelligence of the health technology team attempting to wield it.

Success will depend less on the elegance of a particular technology, and more on the emotional and organizational intelligence of the health technology team attempting to wield it.