The discrete health and wellness options with which we’re most familiar target individuals because it’s generally individuals who buy them, whether it’s the purchase of a Peloton, a subscription to Weight Watchers, or an app for mindfulness.

Yet, as the health and wellness of employees has become an urgent priority for corporate leaders (as discussed in my last column), there’s a lot more interest in how our work environment (and how context, more generally) can support worker health and wellness.

For example, Richard Safeer and Judd Allen, writing in the Journal of Occupational and Environment Medicine, describe our “great opportunity to move employee health and well-being beyond interventions that until now have focused on the individual as the locus of change.”

They emphasize the value of a “supportive culture,” but worry that employers are interested in adopting buzzwords like “culture of health,” rather than pursuing a deeper vision of a healthy work culture. Their concern is that “workplace health promotion vendors, journals, and researchers appear to be rebranding the existing set of workplace programs without modifying their work so they actually align workplace cultures with health. This is a missed opportunity.”

Safeer and Allen’s worry about corporate leaders who ignore these foundational issues aligns with benefits expert Josh Bersin’s in-depth evaluation of the subject, as we recently examined.

British health researchers Michael Kelly and Mary Barker have emphasized the need to layer in a deeper knowledge of social and contextual relationships into our efforts to understand and guide health behaviors.

“The scrupulous analysis of behavior change techniques has produced a behaviour change taxonomy that has advanced our understanding of mechanisms and of supporting change in the behavior of individuals,” Kelly and Barker observe.

What’s needed now, they say, is more scholarship around a discipline called “social practice” which “sees the relations between individuals and groups and institutions as the starting point.”

In other words, they propose we take a more integrative, less reductive view of the factors contributing to behavior change, and pay more attention to the social relationships. 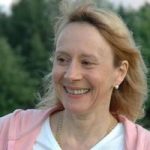 The idea of looking at factors beyond the individual has led visionary angel investor Esther Dyson to consider health at the level of the community, while Dr. Michael Joyner of the Mayo Clinic frequently emphasizes the contribution of our built environment to our health.

The health-promoting opportunities of the workplace in particular has started to attract increased attention, as was discussed in a fascinating book, The Great Indoors, by Emily Anthes, that I reviewed for the WSJ last year. Companies are increasingly contemplating features such as circadian lighting, for example.

Given the power and influence of environmental influences on our behavior, it’s encouraging to see increased interest in this opportunity for health promotion. At the same time, we must continue to offer improved opportunities to individuals, and recognize the exceptional power of human agency – including the ability we often have to adjust aspects of our own environment, and help create for ourselves heathier work and life spaces.

A Knowledge Problem Vs. A Doing Problem?

As a colleague who lived through this experience explained to me, the early days of digital health, and especially of wearables, were premised on the assumption that if people only had more and better information, they’d be more likely to pursue healthier behaviors. You can’t manage what you can’t measure, the hoary business maxim goes.

Some experts continue to believe this remains our greatest challenge for behavior change. As one academic epidemiologist recently shared with me, “the biggest unmet need is in risk communication itself.” He adds, “Risk often seems abstract to people. Making the implications of lifestyle choices tangible is often what people need for them to take action.  The only way I see to do this is to make the risk personal and precise.”

On the other hand, arguably one of the biggest lessons from the early days of digital health is the extent to which information often isn’t enough to drive durable behavior change, even given the inherent self-selection that means the information is provided to those who are most curious and presumably motivated.

In some cases, it may be because the information is sterile, rather than especially useful or actionable, as many early quantified selfers discovered, to their disappointment (see here).

But even when we have really good information – smoking and fast foods are bad for you, say, or vaccinations are good at preventing severe illness and death – adopting more healthy behaviors can still be a huge problem.

In general, according to several experts, this isn’t because we don’t have the knowledge, but rather that the behavior we’re pursuing meets another powerful need for us, one that those hoping to encourage healthier behaviors might do well to better understand.

This is not only a perspective useful for health coaches, as John Berardi argues in Change Makers (discussed here) but it’s also what researchers Kelly and Barker suggest as well.

“Treating the people doing the behaviours, not as cultural dopes, but as knowledgeable actors whose understanding of their own conduct is important is the sine qua non of unraveling the connections.  This analytic and self-consciously academic approach turns on its head the idea that it is enough to give people information, however simple or plain the language, and tell them what they need to do to produce change in behaviour. As a consequence, we need to rethink the way we as health professionals work with the public.”

They describe a pilot approach in Southhampton, U.K., called “Healthy Conversation Skills,” that provides “individual support for patients and clients of health and social care services that steers away from information giving and towards empowering and motivating individuals to generate their own solutions to their problem.”

So far, Kelly and Barker say, this approach – which seems to be a simplified version of motivational interviewing — “is looking promising.”

Based on my experiences in both clinical medicine and digital health, I recognize that while personalized data and relevant risk assessments can contribute to motivation, rarely is it enough.

It’s true that if you tell someone they have a cancerous lump, and they can definitively treat it by immediate excision, there’s a good chance they’ll insist on the procedure. But tell someone suffering from type 2 diabetes that they will likely suffer a range of increasingly devastating consequences unless they dramatically change their nutrition and lifestyle, chances are they’ll want to modify their life but having trouble sticking with most meaningful adjustments.

Rather than focusing on data visibility, data visualization, or even the need for more precise knowledge of risk – as important as these are – we might do better if we turn our attention to the incredibly complex human dynamics of behavior change. This would include factors an individual can directly influence, like mindset and (as psychologist Wendy Wood emphasizes), habits, but also the additional interacting contextual social and environmental factors that may also play a critical role.

A recurrent theme in these columns is how astonishingly difficult it can be to durably change health behaviors. As we saw in detail in the recent discussion of people with obesity, our bodies, and even more, as Dr. Fatima Stanford explained, our minds, seem determined to continuously conspire against us.

And it’s not just our minds and our bodies, but also in many ways our environment that seems to be continuously making health more elusive. Our food, as many have discussed, is increasingly engineered to stimulate us to desire more. Social media and cable news, as Cal Newport has discussed in Deep Work, compete for our attention by stoking outrage (this book contributed significantly to my decision several years ago to no longer engage on Twitter).

You don’t have to be cynical by nature to look at the situation and ask how realistic is it to even aspire to promote positive behavior change when it’s getting easier and easier to opt for the less healthy choice. Just like when Netflix starts the next episode automatically, less healthy options have increasingly become the default.

Given the ever more powerful forces and interests arrayed against healthy behavior, how can it possibly make sense to fight against this tide, especially when it seems the time and effort required to improve the situation far exceeds what’s required to further aggravate it. Are we essentially stuck rearranging deck chairs on the Titanic – unless or until there’s a solution that’s as easy to adopt as the original problem, say a magic pill to stifle appetite, or to replicate the health benefits of exercise?

The most thoughtful perspective I’ve encountered on these almost existential challenges is from Sam Quinones’s extraordinary The Least Of Us, a just-published sequel to Dreamland (2015), his remarkable account of the early days of the opioid epidemic. 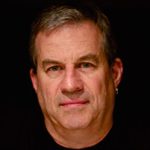 In his current effort, Quinones looks at the evolution of the nation’s drug epidemic, tracing its evolution from relying upon products derived from plants (coca, poppy) to those synthesized in the lab. Many of these so-called “designer drugs” are potent, addictive, and deadly.

The devastation these narcotics wreak upon individuals, families, and communities is heartbreaking, and Quinones brings us into this world with unassuming delicacy. Adept at showing without telling, he allows us to immersively experience the drama he describes.

I’ve generally been cautious about comparing opiate addiction to overeating (much less excessive Twitter use). Quinones has no such reservations, and leans into this comparison. He highlights the (increasing) allure of a range of addictive behaviors, and interviews neuroscientists who suggest these addictions may share common biologic mechanisms.

Somewhat remarkably, despite all the misery he so poignantly describes, Quinones also manages to find reasons for hope. His optimism springs not from toxic positivity – Quinones takes pains to show how unfathomably difficult it is for those addicted to powerful narcotics to get clean and, especially, to stay clean. Relapse, it seems, is the tragic rule, and durable recovery, the rare exception.

And yet, we meet individuals who are earnestly striving to get better, and see small communities come together in often unanticipated ways, to support and occasionally enable recovery.

We emerge from The Least Of Us with a sense of the dimension of the challenge of durably altering addictive behaviors, but also with the feeling that success, however exceptional, is possible. We appreciate the need for individual agency and the value of community support. We see that even the rare triumphs are often preceded by a series of wrenching stumbles and maddening setbacks.

When we then contemplate the challenge of our own behavior change, we realize that we cannot afford to underestimate just how difficult these alterations are likely to be. With eyes wide open, we must resolutely pursue lasting change, recognizing our responsibility to tenaciously drive our own success, and appreciating the role each of us can play in contributing to the success of others.

Motivating a Modicum of Exercise: The Healthtech Opportunity