As biotech execs cope with challenging market conditions (the XBI biotech index is off about 50% from its high of February 2021), I found myself revising a now-classic 2011 essay by venture capitalist Ben Horowitz of Andreessen-Horowitz, arguing that extremely challenging times require very different management skills, and a different leadership style.

He describes and contrasts the approaches of what he calls “peacetime” CEOs and “wartime” CEOs (an admittedly uncomfortable analogy during these harrowing days of actual war in Ukraine).

Peacetime, Horowitz says, “means those times when a company has a large advantage vs. the competition in its core market, and its market is growing. In times of peace, the company can focus on expanding the market and reinforcing the company’s strengths.” 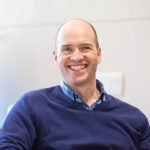 Under these circumstances, he continues, company leaders “must maximize and broaden the current opportunity,” and “employ techniques to encourage broad-based creativity and contribution across a diverse set of possible objectives.” According to Horowitz, Google’s Eric Schmidt and Cisco’s John Chambers were both examples of good peacetime CEOs.

When a company is facing an “imminent existential threat,” Horowitz writes, a very different, more directive, style of leadership is required, an approach historically embodied by CEOs such as Intel’s Andy Grove, Apple’s Steve Jobs, and Google’s Larry Page.

Horowitz presents some of the ways he says peacetime and wartime CEOs are different, including:

Learning how to manage through wartime is especially difficult, Horowitz contends, since “management books tend to be written by management consultants who study successful companies during their times of peace,” and thus are largely irrelevant during times of existential stress.

Finally, Horowitz notes that it’s possible “but hard” for a single individual to be both a brilliant peacetime and wartime CEO, since the demands are so different.  “Mastering both wartime and peacetime skill sets,” he says, “means understanding the many rules of management and knowing when to follow them and when to violate them.”

This lens of wartime vs peacetime leadership may also provide a way of thinking about the challenge of “brilliant jerks,” a topic I’ve discussed at TR, in context of the pursuit of ethical hypergrowth as suggested by Reid Hoffman in Masters of Scale, and elsewhere, in the context of visionary geneticist Eric Lander’s recent resignation from his cabinet-level role at the White House. See also this important meditation by New York Times technology writer Shira Ovide. 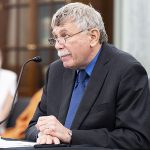 In some ways, what Horowitz is arguing is that when you’re facing corporate extinction, leaders don’t have time for what some might consider “social niceties.” Worse: attending to such “niceties” can actually distract leaders and organizations, and interfere with focused execution.

Does wartime require leaders to become, for lack of a better phrase, deliberate a**holes – a necessary, temporary sacrifice so that the company can survive?

Or are there other models of leadership – even under wartime conditions – that would enable a company to productively mobilize, yet continue to respect peacetime values like inclusion and civility, which of course many would argue represent foundational “table stakes” rather than social niceties.

Examples of leaders who managed through existential threats without adopting the approaches Horowitz advocates would contribute significantly to this discussion – far more than pious, feel-good advice voluminously offered by those far removed from the wartime arena, like the management book authors Horowitz derides.

The second question raised by the wartime/peacetime CEO model is whether this construct offers either an excuse for, or at least an explanation of, many of the examples of bad leadership behavior we’ve seen?

In other words, wouldn’t many CEOs who’ve been called out for bad behavior, such as Travis Kalanick, the former CEO of Uber, and Elon Musk, argue that they view every day as a life-or-death struggle for their business, and that this mindset is what drives them to advance their vision relentlessly forward?  After all, if you’re trying to grow and establish a radically new business in an unforgiving world, might not you plausibly view this as requiring, inherently, a “wartime” mindset?

A number of particularly visionary, highly successful academics I know also seem to view their work in a similar fashion – they see themselves as struggling to gain traction for their ideas, and to shift paradigms, in a world that’s reflexively skeptical if not outright antagonistic. Battling against these steep odds every day often leads to adoption of many “wartime” characteristics.

Beyond what might be called the “self-deception” of visionary leaders who see themselves as perpetually at war, we must also acknowledge the possibility – perhaps even ubiquity — of deliberate malevolent deception.  After all, invoking exigent circumstances and life-or-death stakes to justify self-serving, typically autocratic behavior is a tried-and-true political approach that we’ve seen more than our share of in recent years.

Managing a business through an existential crisis represents a formidable challenge for executives.  One approach is to revert to what feels like our most primitive, reptilian instincts in order to persevere.

A critical question we now struggle with is whether this represents an adaptive if distasteful response, or whether it reflects our least imaginative instincts, our failure to lean into some of the values we earnestly champion and appropriately extol during peace.

Also unclear: can we prevent mindset creep, and the tendency for many business leaders — particularly visionary startup entrepreneurs — to view themselves as continuously at war, justifying the confrontational attitude Horowitz describes?

Finally, channeling Ovide: is it possible that the ready adoption of a wartime business mindset is an essential quality that defines and enables the most transformative entrepreneurs — as well those who are the most reviled? Should we embrace this trait as vital, or seek to temper it because of the dangers it can pose when unconstrained? How can we best live with these contradictions?

Now it’s your turn!  TR welcomes reader contributions: is the wartime vs peacetime lens a useful construct for biotech leaders and visionaries? Are there particular biotech leaders that you would characterize as a striking example of either a “peacetime” or “wartime” CEO?  Are there leaders who have successfully managed an organization through an existential crisis without resorting to “wartime” behavior?  Let us know. luke@timmermanreport.com.