Today’s guest on the Long Run is Ray Stevens.

Ray is the CEO of ShouTi. It’s a company that uses advanced structural biology technologies like cryo-EM images, and computational techniques, to discover small molecule drugs. The idea is to come up with orally available medicines that can build off the biological insights gained from protein or peptide drugs, but replace them with a less expensive and more convenient oral small molecule. 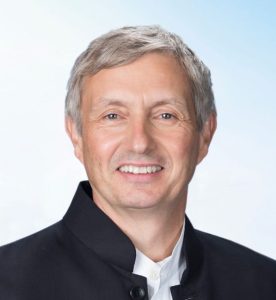 ShouTi has operations in San Francisco and Shanghai, making it a hybrid Chinese-and-American company. The company raised a $100 million Series B financing in October.

Ray comes to this position with a long and distinguished track record in structural biology. Ray was a professor at USC, Scripps Research, and UC Berkeley. He played a role in Syrrx, which was acquired by Takeda, and later co-founded Receptos – a company acquired by Celgene for $7.2 billion. The main asset there was ozanimod. It’s an oral small molecule agonist aimed at a G-protein coupled receptor target. It’s now marketed by Bristol Myers Squibb as Zeposia for the treatment of multiple sclerosis and ulcerative colitis.

In this conversation, we talk about Ray’s journey through academia and industry, the technologies that are enabling important advances in small molecule drug discovery, and a bit on what it’s like to run a company that tries to bridge the gap between the US and China.

Now please join me and Ray Stevens on The Long Run.