Today’s guests on The Long Run are Lewis Cantley and Siddhartha Mukherjee.

They are co-founders of San Francisco-based Faeth Therapeutics. 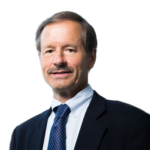 Cantley, who recently moved to Dana Farber Cancer Institute, is a scientist well-known for his work on cancer metabolism. He discovered the PI3kinase pathway that’s an important regulator of normal cell growth, proliferation, metabolism – and which can become activated to promote the survival and proliferation of cancer cells. This work inspired many cancer drug discovery efforts across the industry over the past 15 years.

Cantley and Mukherjee have joined forces recently around a provocative idea. 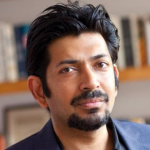 They are exploring the role of nutrition in the treatment of cancer. Through this startup company, they are betting that cancer patients will live longer and better lives on carefully calibrated diets. These diets are designed to be taken in combination with a PI3kinase inhibitor, some common chemotherapy, or a common diabetes treatment that lowers blood sugar.

Essentially, they want to reprogram metabolism to slow the growth of tumors and give conventional treatments a better chance to kill the cancer.

Nutritional science is a minefield for a bunch of reasons, which we touch on in this conversation. The company has a lot of work to do to prove its hypothesis. The company is beginning to enroll patients in clinical trials. It should know within a few years whether it’s on the right track.

For those who want to read up on the science, Faeth has compiled a list of five foundational research papers that were published in Nature and Science between 2013 and 2019. If you read them all back-to-back, at a bare minimum, it really makes you wonder how the world of cancer treatment might look different if everyone were put on managed diets in combination with standard treatments. You can see a link to those papers here.

Now before we get started, a word from the sponsor of The Long Run.

Alpenglow sheds new light on pharmaceuticals with AI-powered, 3D spatial biology. Pathology is an essential component of drug development, yet it is stuck in archaic times by looking through 2D slides. Alpenglow has developed an end-to-end drug development solution with proprietary 3D imaging, cloud processing, and AI analysis to digitize entire 3D tissues, providing 250 times more data and deeper insights. Learn how Alpenglow can illuminate your path to breakthrough results at alpenglowbiosciences.com.

Now, please join me and Lew Cantley and Sid Mukherjee on The Long Run.